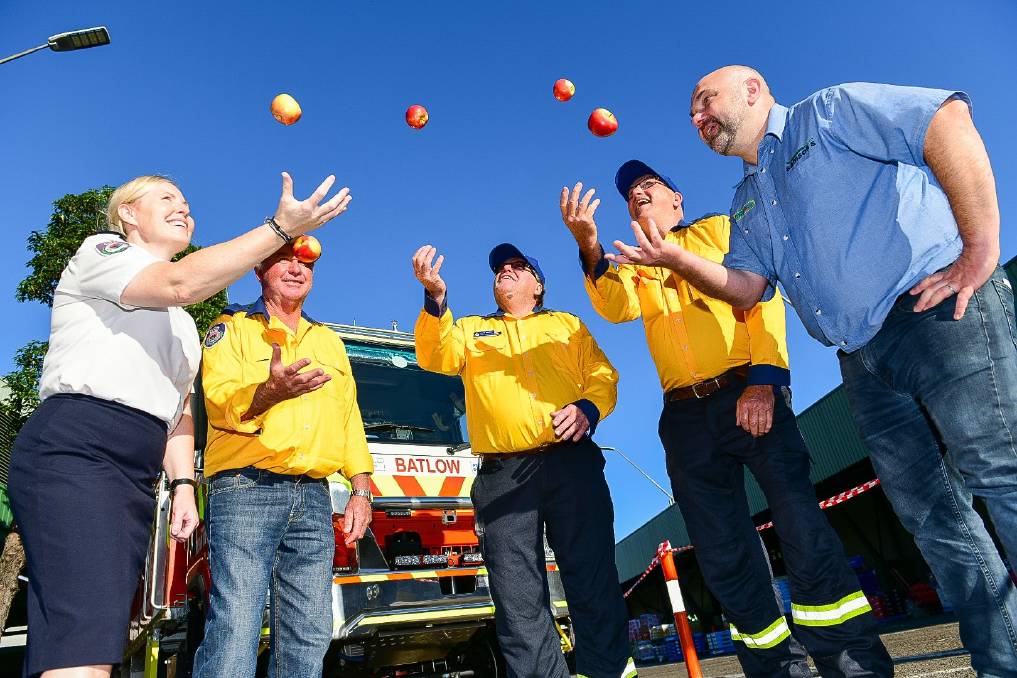 Batlow has a new fire truck thanks to the Sydney Markets community generosity.

THE scenes of bushfire-charred Batlow are etched into Carlo Trimboli's mind.

The purpose-built Category Seven Fire Truck was on display this morning at the Sydney Markets before heading to Batlow where it will be officially handed over to the Batlow Rural Fire Service Brigade during the Batlow Show this weekend.

Batlow is a substantial supplier of apples to the nation and some 60 per cent of them go through the Sydney Markets.

The area, including orchards, was badly affected in the 2019/2020 bushfires, which in turn sent knock-on effects throughout the horticulture supply chain.

Mr Trimboli said after hearing of and seeing the devastation first hand, the markets community was determined to do something practical and even "out of the box" to help the area into the future.

"We thought: What could we do to show our gratitude, thanks and to give something back," he said.

"When the bushfires came in 2019/2020, they did terrible damage in a number of growing regions near Sydney and across regional NSW."

"They destroyed more than 230 properties and claimed one life in Batlow.

"Our community of wholesalers, marketers and other businesses that help get fresh produce to market was keen to do whatever it could.

"Sydney Markets Foundation launched its Bushfire Appeal, and I am proud to say we raised $239,600, including $150,000 from Sydney Markets Limited, on behalf of their stakeholders." 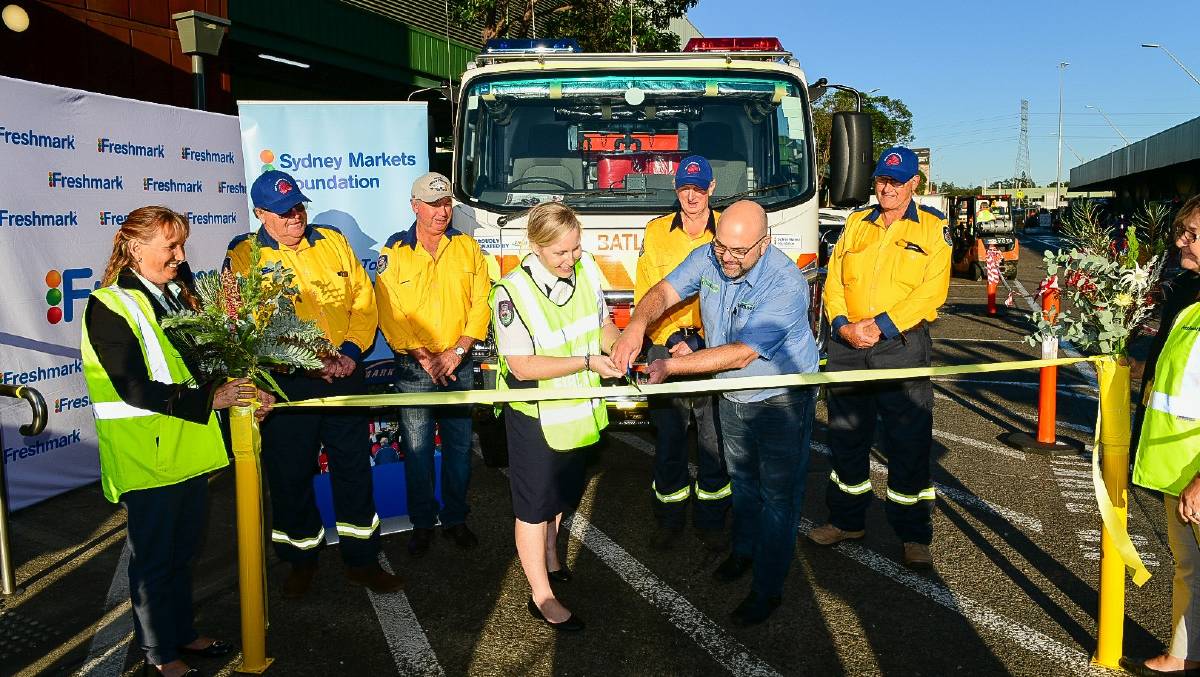 He said the act was typical of what the Sydney Markets Foundation does - caring for and championing regional farming communities.

The Sydney Markets Foundation is a not-for-profit charitable organisation that aims to assist those businesses that are part of the fresh produce supply chain during times of crisis.

Mr Trimboli paid tribute to the bravery of the NSW Rural Fire Service.

"The generosity of the community and businesses in the wake of the Black Summer bushfires has been incredible, and we thank Sydney Markets Foundation for the kind donation of this fire truck which will assist the Batlow Brigade in protecting its community in times of need," she said.

"We, as a nation, are dependent on our growers. The reality is, we are all chained together, and the markets wouldn't exist without the growers," he said.

"The central markets system plays a pivotal role in the industry."

A history of generosity

BETWEEN mango auctions, cherry auctions and donating fire trucks, the Sydney Markets community has a long history of generosity.

Mr Trimboli said that sense of giving comes from the markets being tightly-knit.

"When you're on the markets floor and you strip away that layer of trade, it really is just a big family," he said.

The recent fire truck and equipment purchase was made possible through the contributions of two anonymous donors, a donation of $150,000 from Sydney Markets Limited on behalf of its stakeholders, and the following additional donors:

Flooding assistance in the pipeline

WHILE the bushfires were 12 months ago now, the recent flooding in parts of NSW have prompted those within the Sydney Markets to think about ways of assisting.

"We're already on the drawing board with this one," Mr Trimboli said.

"This is what the foundation does."

He said it was heartening to know that 100pc of funds raised by the foundation went to required causes, all made possible through generous volunteers giving their time.