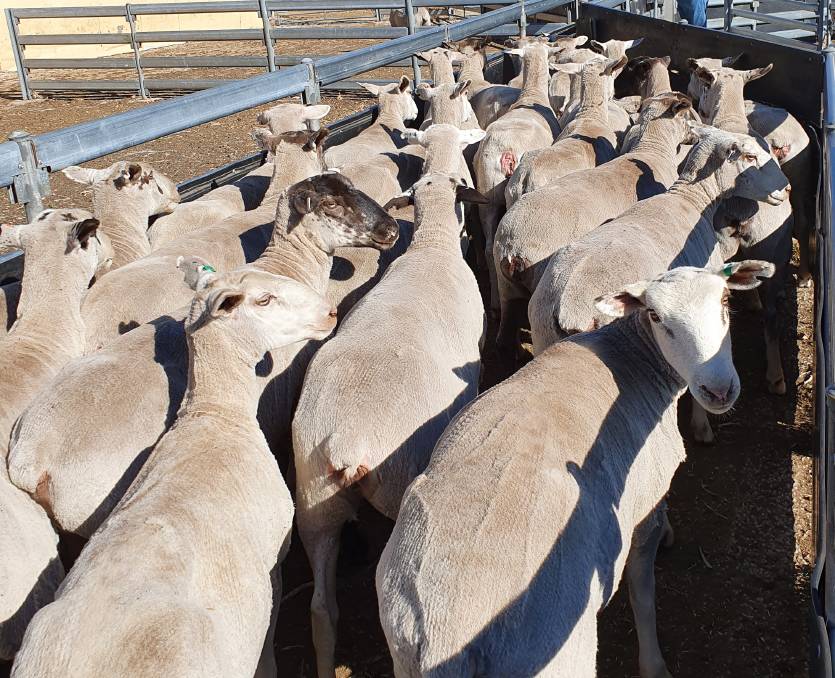 An example of the Suffolk and White Suffolk ewes which will be offered in the Advanced Performance Suffolks flock dispersal sales on AuctionsPlus on April 7 and 8.

AFTER 36 years of breeding, including eight years of initial quarantine, the Advanced Performance Suffolks (APS) flock of Suffolk and White Suffolk sheep will be dispersed early next month on AuctionsPlus.

The sale, which will be held over two days, will provide a chance to invest in some exciting genetics that have had very limited exposure to the Australian or New Zealand marketplaces.

In the dispersal, APS will offer all its breeding ewes (2014 to 2019 drop) from both flocks, mated by AI and then run with back-up sires, as well as current paddock sires on hand.

In the 2020 drops, all the retained ewe lambs, plus 20 select ram lambs from each breed will be offered.

The APS flock was formed in 1984 in response to a one-off opportunity to import Suffolk sheep from the United States under an eight-year trial, the Scrapie Assurance Quarantine Program.

After initially importing two Suffolk rams and four Suffolk ewes, principals Stan Dorman, WA, Ian Turner, South Australia and Gerald Archer, Tasmania, successfully added genetics from a further four top US sires (2003 to 2006), plus semen from one Texel and two Suffolk rams and embryos from Suffolk and Texel ewes from the United Kingdom (in 2004). 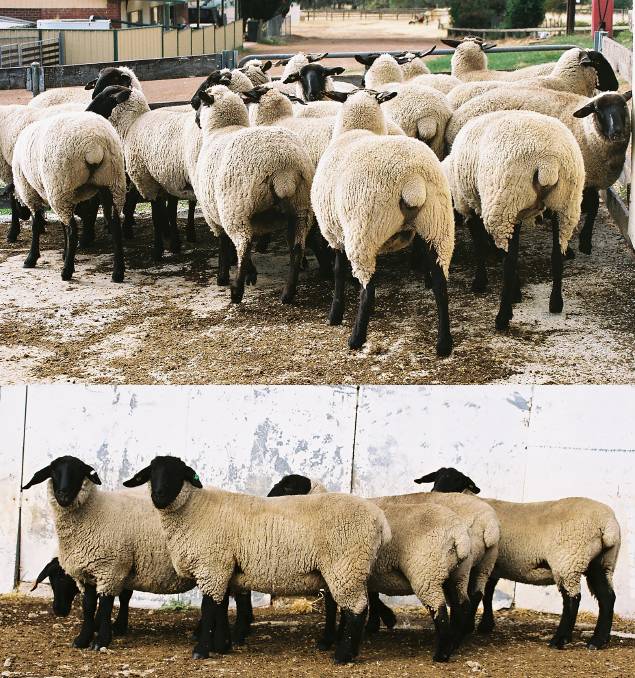 The greatest motivation for the syndicate was to accommodate a need to expand the genetic base of Australia's meat sheep industry, especially at a time when the Australian prime lamb industry was rapidly expanding through exports to many countries.

Mr Turner said they were extremely fortunate to get access to some of the very best and highest performing genetics from the US and UK.

"Other than from New Zealand, the original imports were the first new sheep genetics to come into Australia for more than 30 years and by 2004, it was more than 50 years since the last successful importation from the UK," Mr Turner said.

The foundation years of the development of the White Suffolk breed in Australia coincided with APS's initial import quarantine program.

As this breed was expanding rapidly, they decided to introduce white genetics into the breeding program in 1990.

Mr Turner said the Australian lamb market has constantly changed over the past three decades and the APS syndicate had moved with it.

Being successful in its quest to import UK genetics in 2004 enabled APS to work on producing "blends" of these two widely differing bloodlines and types.

Mr Dorman said the US Suffolk was a large, easy-care sheep with huge growth rates and outstanding feed conversion ratios.

"It has a later maturity pattern, being primarily developed around a feedlot industry and this enables their progeny to be targeted to multiple weight range market options, while still retaining leanness," Mr Dorman said.

"The UK genetics also grow rapidly, but as they were developed to suit the short UK spring/summer growing period, they have a much earlier maturity pattern and are lower set and stockier in type.

"Arguably, neither pure strain is ideally suited to our environmental conditions and markets, but they have enabled us to create blends that can produce top results under normal paddock grazing conditions, as challenging as that has been in some seasons.

"We have also aimed for high reproductive rates through culling of non-lambers. The lambing percentage to weaning regularly averages 150 per cent or better."

The white development within the APS White Suffolk flock has fluctuated, as each introduction of new Suffolk genetics (imports or their descendants) re-introduces colour.

However, with patience and some strategic Australian infusions, plus utilisation of the UK Texel genetics, APS now has a flock with a high percentage of white, or predominantly white sheep carrying these imported genetics.

To be positioned to continue producing a unique product and to meet ongoing export demand, APS retained most of its pure imported genetics and marketed their progeny.

Now, as the principals seek retirement, it is everyone else's opportunity to acquire some of these unique genetic options.