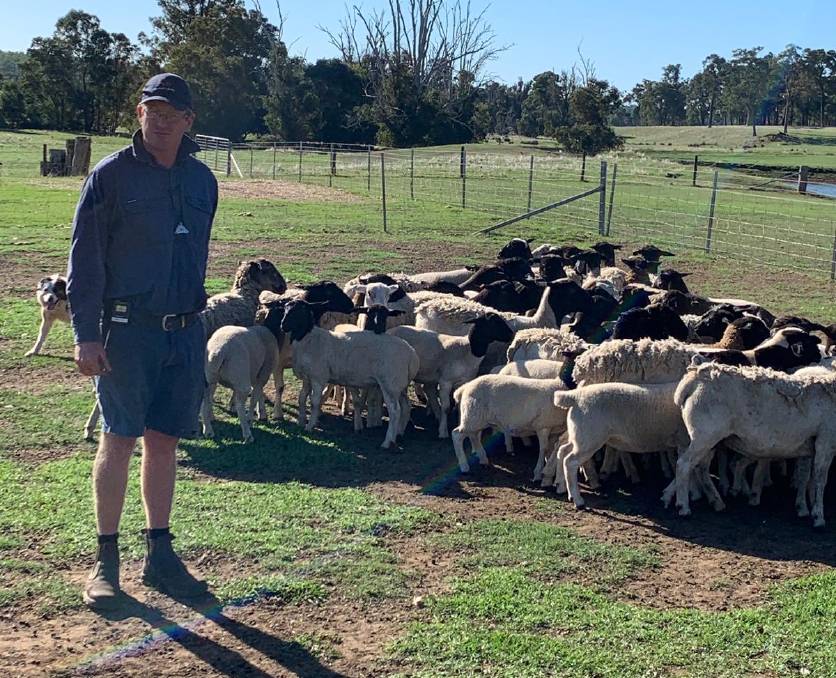 Attendees from all over WA and even one from the Eastern States met at Duncan Anderson's property to discuss all things Dorper.

IT was a valuable day for a crowd of more than 70 people who attended the West Region Dorper Expo held at Perivale Orchard, Donnybrook, earlier this month.

Attendees from all over WA and even one from the Eastern States met at Duncan Anderson's property to discuss all things Dorper.

The day kicked off with Dorper Sheep Society of Australia (DSSA) chairman Kim Batten highlighting the benefits of Dorper producers becoming members of the DSSA.

He then followed on with a presentation on the most valuable attributes of the Dorper.

Fertility, easy care and superior eating quality were all covered with a long list of points under easy care including shedding, non-selective grazing, pigmentation to protect from skin cancer and the lambs ability to 'hit the ground running' being attributes Mr Batten felt were the things that have seen huge growth in the breed since the arrival from South Africa.

Claire Payne from DPIRD then took to the stage to talk producers through the importance of the genetic resource flock and the use of Estimated Breeding Values (EBV's) EBVs in selection to ensure Dorper breeders were making strong genetic improvement.

A large series of questions came from the floor showing keen interest in this topic with one breeder pointing out he felt the main area of EBV focus should be on growth, as this is the only attribute that commercial breeders are currently getting paid on.

The power of knowledge on Dorper health was well accepted by the audience as Dr Michylla Seal from Genstock, had a series of helpful tips in management of Dorper health, saying that Dorper possessed a unique breeding cycle and that with correct nutrition can provide producers the opportunity to accelerate breeding.

As the smell of barbecued Dorper lamb filled the shed as Dorper Lamb Pty Ltd general manager Dale Miles gave an update on where their paddock-to-plate operation was at. 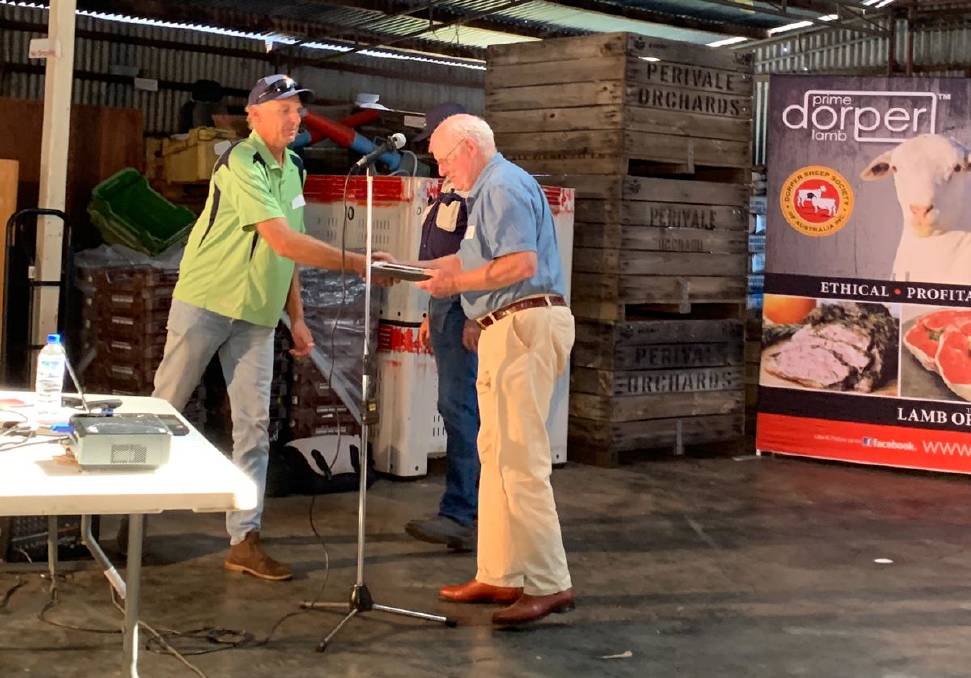 It was a special occasion, with Stan Dorman being awarded the DSSA, Distinguished Service Award at the Dorper Expo this month.

"We have developed a reputable standing as a sought after, quality based lamb supply chain under the Dorper Lamb brand and continue to produce, supply and distribute to some of the finest restaurants, venues, online platforms and retailers in domestic and export markets," Mr Miles said.

"Dorper Lamb works closely with a loyal and growing producer network who form part of our supply chain and its days like these that are important to engage new and emerging growers to exchange knowledge, ideas and best practice particularly from producers and breeders who have been at the forefront of the establishment of the Dorper as a leading meat producing breed in Australia.

"The market for Dorper Lamb remains strong with increasing global demand for our product, brand and the breed.

"The operation has received positive feedback with consumers saying their products are 'clean and fresh tasting, tender with an even fat distribution providing a complex yet mild flavour'.

"With growing markets both locally and overseas, Dorper producers can feel comfortable the marketing of Dorper lamb is heading in the right direction.

"On top of this Dorper Lamb is producing a range of high end Dorper dress boots and belts, with plan to extend their range of products."

Mr Miles said the day was strongly supported by Dorper growers from across WA and it was encouraging to note a growing number of new Dorper producers who are investing in flock establishment and using the Dorper as a preferred meat producing sheep breed.

The afternoon session kicked off with Kelly Gorter, KG Genetics, advising participants on the best use of EID or electronic tags.

Ms Gorter said that EID tags could do nothing more than provide unique identification of sheep, it was the software that was used to record traits alongside this that allowed producers to manage things such as growth rates, lambing ease or whatever each individual found important that aided in accurate record keeping and ease of management.

A very special occasion then proceeded with Stan Dorman being awarded the DSSA, Distinguished Service Award.

Nominations were called from all regions of Australia with Mr Dorman being recognised for his valuable work communicating with government and designing a system to allow Dorper genetics into Australia as embryos in the late 1990s.

Host Duncan Anderson presented a unique and highly admirable vision to turn his property into a respite centre for returning soldiers, allowing them to work with Dorpers, rebuilding fencing and other duties allowing for a smoother transition back into life outside of the army.

Mr Anderson spoke on the personal difficulty he had with no knowledge of a health system outside the army and a clear vision to allow investors to build on the current concept with expansion into other areas.

The MLA sponsored day finished with an outside session in which DSSA inspector and long time producer Adrian Veitch gave producers some advice on Dorper selection and a display of Mr Anderson's working dogs as they competently pushed the sheep through a demonstration of the Clipex sheep handler.

"I had some really great feedback from producers saying how valuable the day had been to their business," Mr Batten said.

"DSSA has rolled out a series of these days all over the country with more planned for later in the year.

"As we look to provide value to our members, we have recorded all presentations today, they will be put onto our mighty networks platform, allowing members to view the presentations and stored as a reference point.

"It is important that we educate our members and allow them to make decisions that will drive a profitable business."