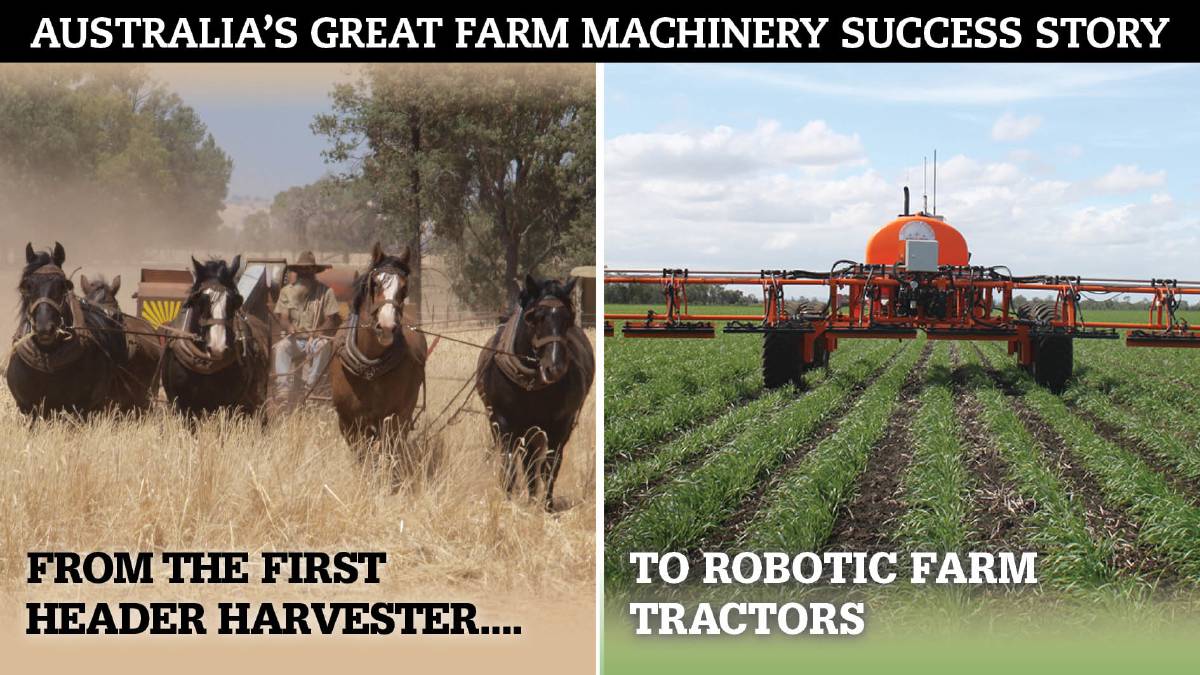 DECADES OF ACHIEVEMENT: Australians have been designing innovative farm machinery for many decades including Richard Bowyer Smith who invented the stump jump plough in 1876.

Australian farmers have been among the country's greatest innovators and are still making breakthroughs today.

Can COVID-19 trigger the return of Australia as a major manufacturer of farm tractors and machinery?

Serious disruptions to overseas supply chains because of the coronavirus pandemic has started a serious national rethink about the disappearance of much of Australia's manufacturing sector.

Tariff cuts and trade liberalisation policies in the 1980s and 1990s left local manufacturers vulnerable to cheap overseas products and many of our secondary industry jobs have now migrated overseas.

The federal government announced a $1.3 billion program in February to boost local manufacturing with a focus on industries like food and beverage, resources technology and minerals processing and medical products.

If elected he has promised a new Labor government would partner with the private sector, including superannuation funds, to commercialise local innovation in areas such as medical equipment, pharmaceuticals, food processing and transport.

He said the fund would help drive regional growth and diversify the economy.

One secondary industry Australia has excelled is farm machinery and while the sector has shrunk since the 1960s and 1970s, the same spirit of innovation and determination that drove the likes of Headlie Taylor, Albert Fuss and Bob Chamberlain still exists among today's manufacturers. 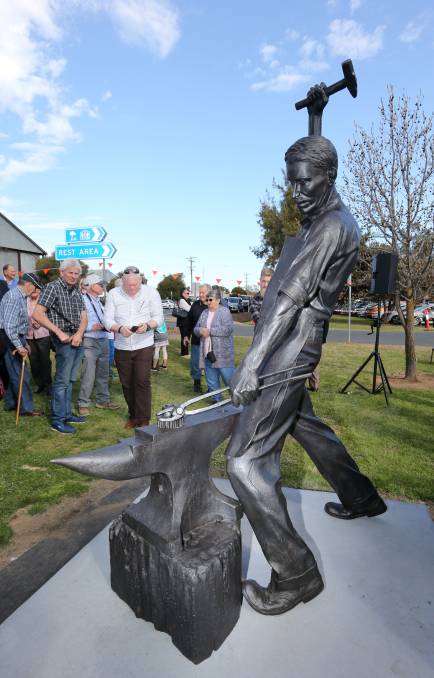 BRONZED AUSSIE: The statue of arguably Australia's greatest inventor, Headlie Taylor, in his home town of Henty in southern NSW.

In recent weeks Bundaberg-based Canetec announced it had built the world's first sugarcane harvester powered by a Stage 5 diesel engine and planned to develop a market for the machines in Japan.

"I get steady levels of contact from around the world on (cane) harvesters but recently the prospects have been a little more engaging," he said.

Two Australian farm machinery companies Goldacres and SwarmFarm and their overseas partners have joined forces to produce what they claim is the world's first fully autonomous green-on-green weed spraying unit.

They fitted a Goldacres trailing sprayer with green-on-green weed detection technology and hooked the machine to a SwarmBot robotic tractor built by Queensland-based SwarmFarm.

Gyral, the Toowoomba-based company which grew out of Albert Fuss's invention, is still managed by members of his family.

Australian-built tractors and machinery from the likes of Chamberlain, Horwood Bagshaw and John Shearer were major players in the farming scene back in the 1960s and 1970s.

The Chamberlains built by Bob Chamberlain at his factory at Welshpool in WA from 1949 were probably the most well-known locally made tractor after the Second Word War but there were others including Baldwin and Upton. 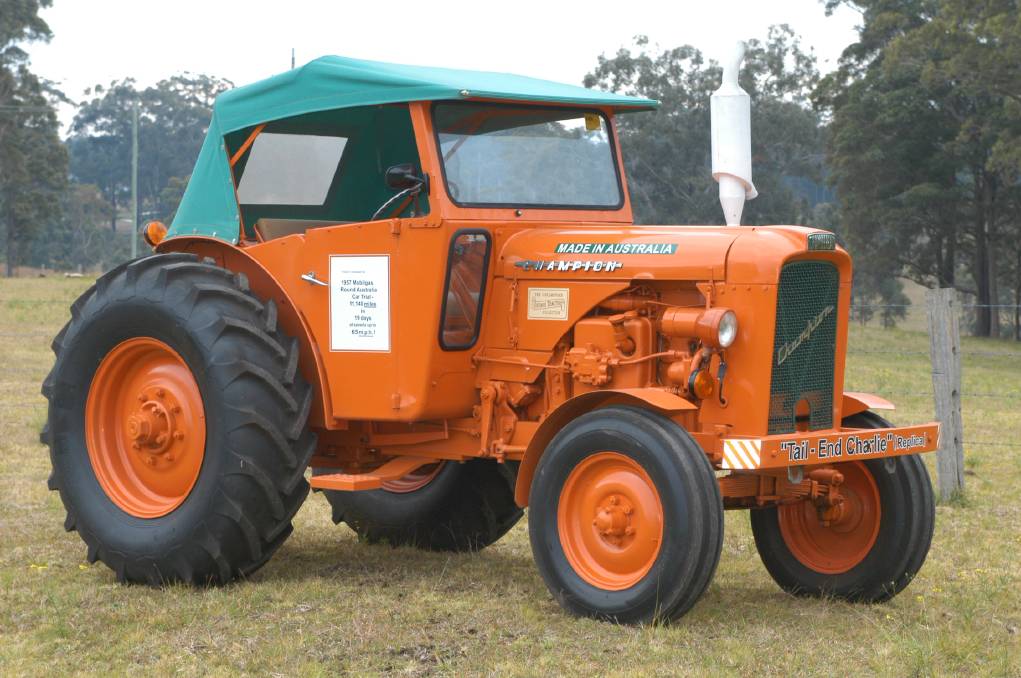 TRUE CHAMPION: A restored Chamberlain Champion tractor which were a familiar sight on Australian farms in the 1960s.

Today the global brands of giant farm machinery manufacturers based in Europe and the US dominate the Australian cropping belt.

But the tide is turning a little. The Commonwealth Bank has given a big thumbs up to Australia's growing agritech industry.

The big bank has become a foundation member of the Australian Agritech Association (AusAgritech).

AusAgritech chairman Andrew Coppin said the CBA was a major lender to agribusiness and it made sense for the bank to back the growth of the emerging local agritech sector which could lift productivity and profitability across the whole of agriculture. 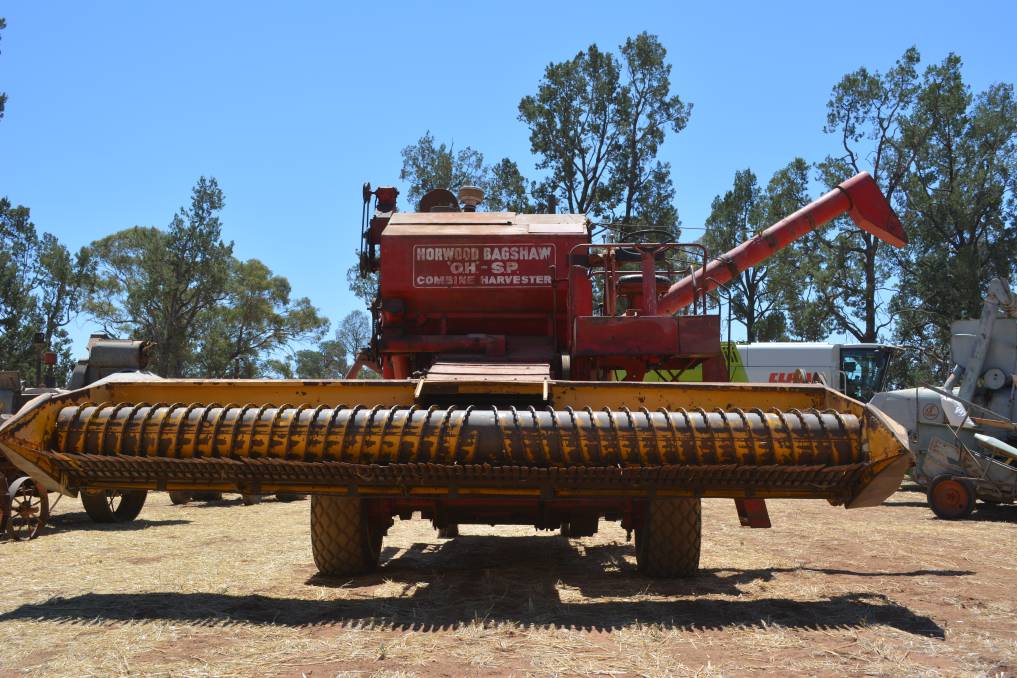 "The Australian agritech industry is a fast growing sector of the economy that is creating skilled jobs, regional hubs of expertise and significant domestic benefits to farming businesses and others in the agri-food supply chain," he said.

"With a growing cohort of successful start-ups and scale-ups across the country driving more innovative outcomes, the sector is now starting to attract material investment and interest across federal and state governments.

The story Back local farm machinery companies if you want a winner first appeared on Farm Online.