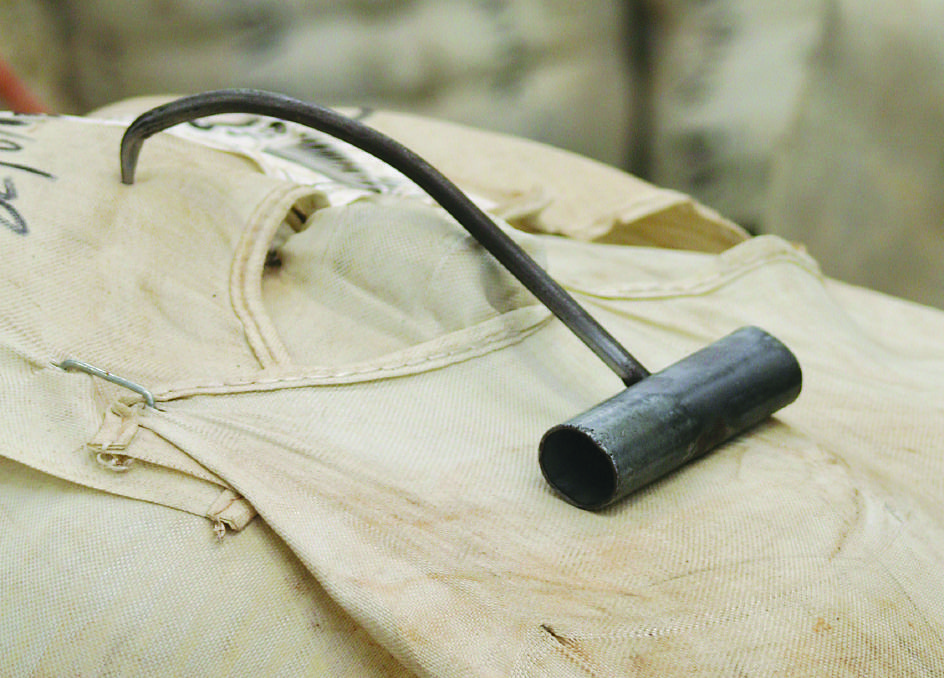 It seems paradoxical, buyers who normally want prices to ease, now wanting them to stay firm

PRICES for good specification wools at the Western Wool Centre (WWC) rebounded last week after a correction and are tipped by brokers to remain firm for the Easter break.

According to brokers, wool prices should remain firm for Easter for two reasons.

The first is concern among some east coast buyers about damp wool bales, arising from the now-subsiding wide-spread flooding in parts of New South Wales.

Unlike WA, where Westcoast Wool & Livestock is the only broker operating a regional woolstore at Katanning, in NSW some brokers operate regional wool stores in country towns.

While the wool is secure and dry in woolstores, transporting wool from those regional stores through floods to port is where buyers see most risk of bales getting wet.

Some WA brokers last week suggested the risk of wet, smelly NSW wool being delivered to customers could see some orders normally filled at Sydney wool auctions, diverted to the WWC in the short-term.

There are problems getting wool dumped in Victoria to pack more into sea containers - a Melbourne wool dumper told a national client last week it could not process any more wool bales until Tuesday after the Easter holidays because of shipping schedule disruptions and container shortages - so the WWC is seen as the next best option to source dry wool.

Other brokers think the risk of wet bales diverting orders to Perth is "wishful thinking", but they are united on the second reason prices are expected to remain firm - because buyers cannot afford to have them fall.

It seems paradoxical, buyers who normally want prices to ease, now wanting them to stay firm.

But according to brokers, that is the situation forced on wool trading companies by shipping delays and disruptions.

As reported recently in Farm Weekly, a scarcity of empty sea containers in Fremantle and other Australian ports, coupled with disruptions to shipping schedules due to the impact of COVID-19 around the globe - not helped at all by the massive container ship Ever Given blocking the Suez Canal for six days - has held up wool exports.

Wool traders have been forced to hold wool for much longer than they expected, simply because they cannot get it on a ship to China.

The longer they have to hold wool, the more exposed on price they become.

If prices drop after they have bought and paid for wool, but before they can deliver it and get paid themselves, traders run the risk of their clients wanting to renegotiate the contract price down to the lesser value.

That renegotiation risk is on top of rocketing freight costs - shipping freight rates to India reportedly doubled the week before last - and the sudden impost of booking fees of $200 or more imposed by shipping companies, making international trading much more difficult and less tenable.

Smaller local traders are more exposed than larger national and Chinese indent wool traders because they have less shipping volume clout with which to negotiate rate and priority.

One local wool trader, who did not want to be named for fear of reprisals from freight agencies and shipping companies, said last week four containers of wool he sent from Fremantle to China this year had taken 80 days to reach their destination.

He said the normal sailing time was 17 days.

While not as badly affected and in better positions to negotiate, WWC buyer representatives of three of Australia's largest wool exporters - Russell Fraser, from Techwool Trading, Steve Noa, from Endeavour Wool Exports and Dave Cox, from Tianyu - confirmed competition for containers space on ships and shipping delays were causing big exporters problems too.

"Shipping looked like it was getting better a couple of weeks ago, but its gone bad again and its causing problems," Mr Fraser said.

Australia's currency easing against the US dollar - making wool traded internationally in US dollars slightly cheaper - could also help local wool prices remain firm, as could last-minute reductions in the number of bales on offer.

Last week 46.0 per cent of the oddments listing for the WWC's two trading days was withdrawn prior to auction by woolgrowers and brokers after it has been included in sale catalogues released on Friday of the previous week.

Last week's overall WWC withdrawal rate of 16.1pc was double that of the previous week and well above the 13.2pc national withdrawal rate for all three Australian Wool Exchange (AWEX) selling centres.

"It (withdrawal rate) is disgusting, it just shows brokers aren't talking to their (woolgrower) clients," said Mr Noa after the close of trading last week.

With 8238 bales sold from the 9243 put up for auction at the WWC last week, prices generally firmed, with 18.5 and 19 micron wools most sought after.

On the second trading day last week prices for 19.5 and 20 micron wools eased after gaining on the first day, but 19.5 micron fleece still finished the week up 6c at 1477c/kg.

At 1349c/kg, 20 micron wools finished the week where they had started.

Merino cardings did best for the week, adding 37c to finish at 891c/kg, while the Western Indicator put on 13c to 1346c/kg, compared to the benchmark Eastern Market Indicator which added 8c to 1285c/kg.

Better styled wools with good specification generated plenty of interest, but lesser styled and poorer specification wool was not wanted and accounted for much of the 10.9pc passed in, AWEX technical controller Andrew Rickwood noted in his market reports.

Elders State wool and livestock manager Dean Hubbard auctioned the last catalogue for the week and was pleased buyer interest stayed to the end.

"I was probably calling quite a bit higher than our appraisal and I think the market was pretty strong," Mr Hubbard said.

"There was a good cross-section of buyers, it wasn't just one or two who wanted the wool, there was a fair bit of activity in the (sale) room - it's always good when people want to buy,"

This week, the WWC is set to offer 9682 bales, 439 more than was offered last week, but if last week was any example, some lesser styled wools are likely to be withdrawn.

Because of the Easter holiday AWEX has no wool auctions listed for next week.