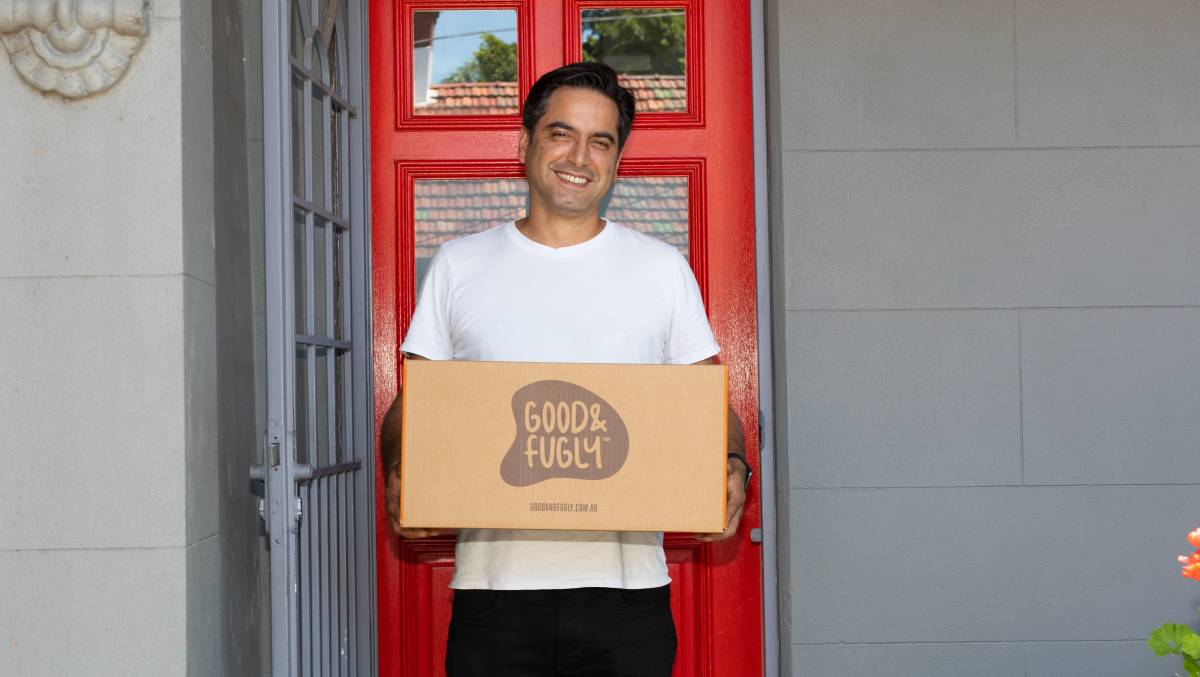 "Our business tagline is that it's good for you, good for the planet & good for farmers."

RICHARD Tourino came up with the idea for his start-up business Good and Fugly, through the lens of wanting to do something good for the planet.

A food delivery service, Good and Fugly delivers imperfect fruit and vegetables to its customers to cut down on farmers' food wastage and simultaneously help the environment.

"When I discovered that about a third of produce all over the world is either lost or wasted and that up to 25 per cent of produce doesn't even leave the farm because it's not pretty enough for the supermarket shelves - those statistics just blew my mind," Mr Tourino said.

"During lockdown we were getting fruit boxes delivered ourselves, and I thought to myself why shouldn't these boxes be filled with imperfect fruit and vegetables rather than that produce being wasted?"

So Mr Tourino visited farmers markets in New South Wales to get some growers on board as he developed the start-up Good and Fugly.

"I rocked up at the Sydney markets one day and the first thing I learnt is that 6am is too late - the growers told me I had to be there earlier than that," Mr Tourino said.

Working with about six local growers in the Sydney basin, Mr Tourino said he was supplementing their fruit and vegetables with some produce that wasn't local as he grows the network.

With free delivery, the curated, seasonal boxes come in two sizes for $39 and $59 and include wonky, quirky, and misshapen fruit and vegetables that would never have reached consumers plates otherwise.

With people's concerns about the environment and waste in particular continuing to grow, Mr Tourino said the business concept for Good and Fugly had hit a nerve with consumers.

"Our business tagline is that it's good for you, good for the planet and good for farmers," he said.

"I've been surprised at how much people value the fact that our business model is good for farmers - they really love that aspect of Good and Fugly because farmers are getting paid for produce that they might have otherwise thrown out.

"Most of the time our produce boxes are also cheaper than what you find in the supermarket and they are just as fresh if not fresher, as I get the produce in the morning and we deliver it the same day.

"To some extent markets have been conditioned in terms of what to expect as well, so it's about breaking that mold and showing consumers that there is another option out there."

Mr Tourino said he planned to go nationally eventually and encouraged Western Australian consumers and growers to register their interest through the website.

"We are just at the start of our journey," he said.

"We've already had messages from a few people in Brisbane and Melbourne and we would love to hear from Western Australian growers as well, as I think this is a concept that will work anywhere," Mr Tourino said.