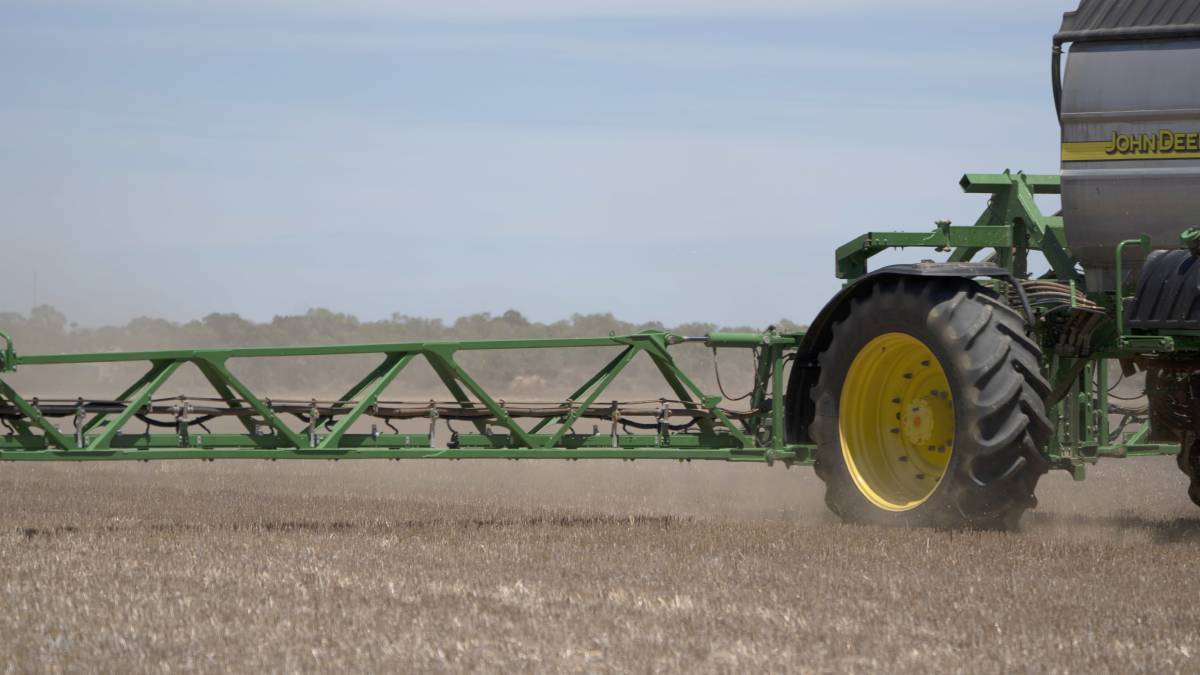 Using pre-emergent herbicides early in the season can help growers stay on top of weed development. Photo by Evan Collis.

WEED management is estimated to cost Australia's graingrowers $3.3 billion every year, or $146 per hectare, however accurate weed identification can limit control costs and lost revenue and is the first step in ensuring correct management decisions are made in a timely and cost-effective manner.

With widespread, although variable rainfall across WA this summer and into March, growers keen to preserve the soil after useful summer rainfall will need to act quickly on weed management in autumn.

AGRONOMO principal Andrew Storrie, who is leading a Grains Research and Development Corporation (GRDC) summer weed survey in the WA grainbelt, has observed that seasonal conditions have allowed for a greater diversity of species to emerge this season.

"There are a number of key factors dictating herbicide performance and considerations around what can be done in the paddock to ensure weed control is maximised."

Glyphosate, Group M, is the most important herbicide for controlling weeds in the lead up to sowing, however several common species have evolved resistance to this herbicide and certain environmental factors can reduce glyphosate performance.

According to the paper, avoiding applying glyphosate under hot and dry conditions, improving water quality and glyphosate activity by using ammonium sulfate (AMS), timing application for the early seedling growth stage and using a double knock are all good tactics.

"A double knock strategy is a good option for summer and early autumn weed control, especially for hard-to-kill weeds," the paper stated.

"The double knockdown - or double knock - is a sequential application of two different control tactics within a relatively short period.

"It usually involves glyphosate followed by paraquat, paraquat/diquat or glyphosate plus an effective alternative herbicide at full label rate in the first application and a robust rate of paraquat in the second application."

Glyphosate resistance is common across the western region and other weed control options are required.

"Growers are encouraged to include 2,4-D amine and paraquat in their chemical control strategies," the paper stated.

"For all chemical use, it is important to adhere to chemical labels and minor use permits.

"If Group A chemicals are used in the fallow, a double knock must follow to control surviving weeds."

Application of pre-emergent herbicides is targeted at the soil surface, with incorporation by sowing moving the herbicide into the soil profile, where it is then available for uptake via weed seeds.

Many factors influence how herbicides enter the soil and what happens once they are in the soil, which impacts how effective they are at managing weed burdens.

The take-home message for growers was that chemical properties will dictate herbicide behaviour and influence the persistence and mobility, photolysis and volatility, solubility, binding coefficient and half-life.

According to the paper, knowing soil type - soil texture, pH, any hardpans or changes at depth - and seeder set-up is very important to minimise seed and herbicide contact.

Growers also need to understand the role of soil microbes and develop a plan that doesn't rely on any single pre-emergent herbicide.

Growers are encouraged to ensure non-chemical tools are included as a part of wider integrated weed management efforts.