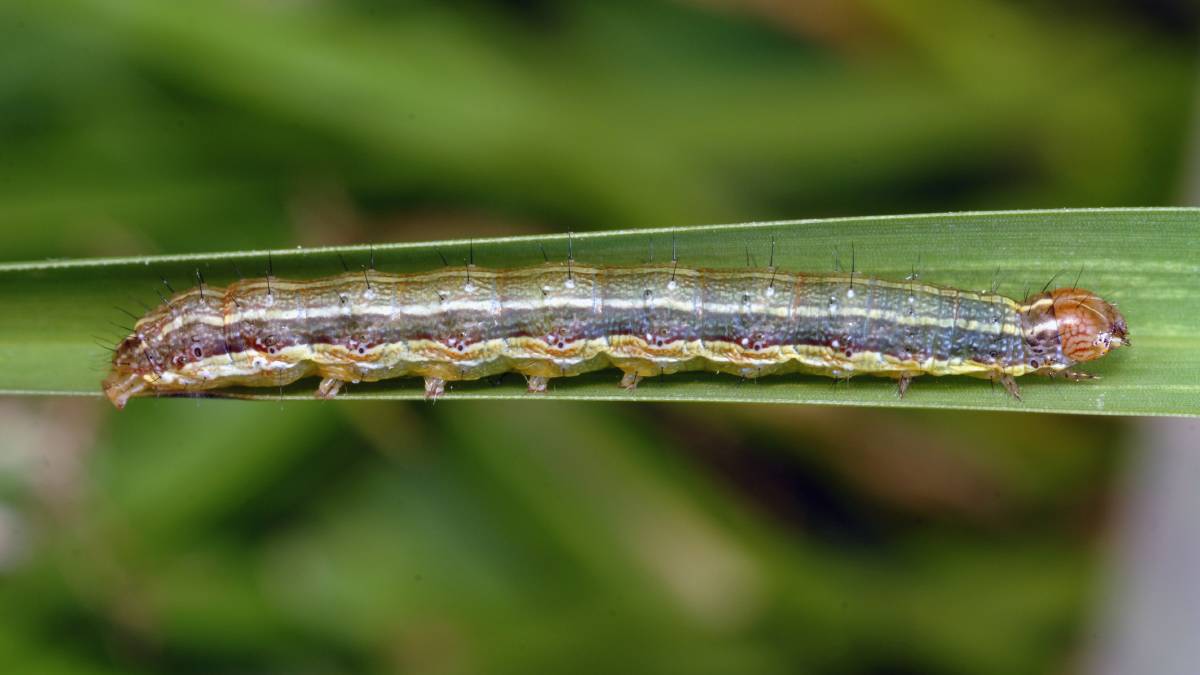 NEW research indicates there are variable levels of sensitivity to some insecticides between populations of fall armyworm (FAW) in different geographical areas of Australia.

FAW is a highly migratory, invasive pest that was first reported in Australia in February 2020 and quickly established across parts of northern Australia's tropical and sub-tropical regions, including northern Queensland, the Northern Territory, and northern parts of Western Australia.

It has been detected in southern WA, New South Wales and Victoria.

The new findings are from two complementary projects, one being a comprehensive research project into FAW's insecticide sensitivities and genetic make-up being led by Australia's national science agency CSIRO, with co-investment by the Australian Centre for International Agricultural Research, the Grains Research and Development Corporation (GRDC), Cotton Research and Development Corporation, FMC Australasia and Corteva Agriscience.

CSIRO researcher Wee Tek Tay said the research provided evidence that two geographically separated populations - a WA population from Kununurra in the Kimberley region and a north Queensland population from Walkamin in the Tablelands region - showed variable levels of sensitivity to insecticides.

"Geographic variability in insecticide responses is not unexpected and is commonly observed in the closely related species Helicoverpa armigera," Dr Tay said.

"The findings don't necessarily indicate distinct genetic differences in the populations - results of genomic analyses are pending - but they do have implications for growers trying to manage FAW in the field."

In the absence of a FAW population susceptible to insecticides, bioassays were conducted using H. armigera as a comparison.

Colonies of insects were raised in the laboratory for the tests using individuals sampled from limited areas.

Therefore, they are not necessarily representative of the population in that region, so some caution is needed in interpreting the findings.

NSW Department of Primary Industries (DPI) researcher Lisa Bird said an independent and complementary study of FAW susceptibility in five populations from north Queensland and one population from Kununurra also revealed geographic differences in sensitivity to some synthetic insecticides.

Both the CSIRO and the DPI studies found that FAW populations were between 50 and 150 times less sensitive to the pyrethroid alpha-cypermethrin compared with susceptible strains of H. armigera.

Both researchers found similar levels of variability in sensitivity to methomyl, ranging from three to 11 times less sensitive, in populations from north Queensland compared with susceptible strains of H. armigera.

In contrast, CSIRO found its WA population to be 52 times less sensitive.

Relative tolerance to indoxacarb was found in all FAW populations tested.

Populations from north Queensland were between 11 to 63 times more tolerant to indoxacarb than the susceptible reference strain of H. armigera.

This highlights the variability of FAW's response to an insecticide even from within the same general region.

It is possible FAW has a natural level of tolerance to indoxacarb.

While chlorantraniliprole sensitivity was found to be similar in north Queensland populations compared with H. armigera, the WA colony tested by CSIRO was 15 times less sensitive.

However, there may still be significant variability in sensitivity to this chemistry within the Kununurra region and further work is needed to document the full range of naturally occurring geographic variability between Australian FAW populations.

Sensitivity to emamectin and spinetoram was found to be similar in all FAW populations and H. armigera.

"As always, growers are encouraged to judiciously select and rotate products to reduce selection pressure.

"While these studies don't directly reflect field rates and conditions, it is important for growers to consider insecticide sensitivity when making decisions about product choice.

"Always use the full rate as stated on the label or permit.

"Where a rate range is specified, such as on current FAW permits for indoxacarb and chlorantraniliprole in maize, it is recommended to use the higher rate in accordance with the permit instructions.

"In addition, particular attention should be made to targeting early instar stages (hatchlings to second instar) before FAW entrenchment in the whorl or cobs can occur, and spray coverage (water volume, spray quality etc) should be optimised to ensure the larvae are receiving a lethal dose of the insecticide."