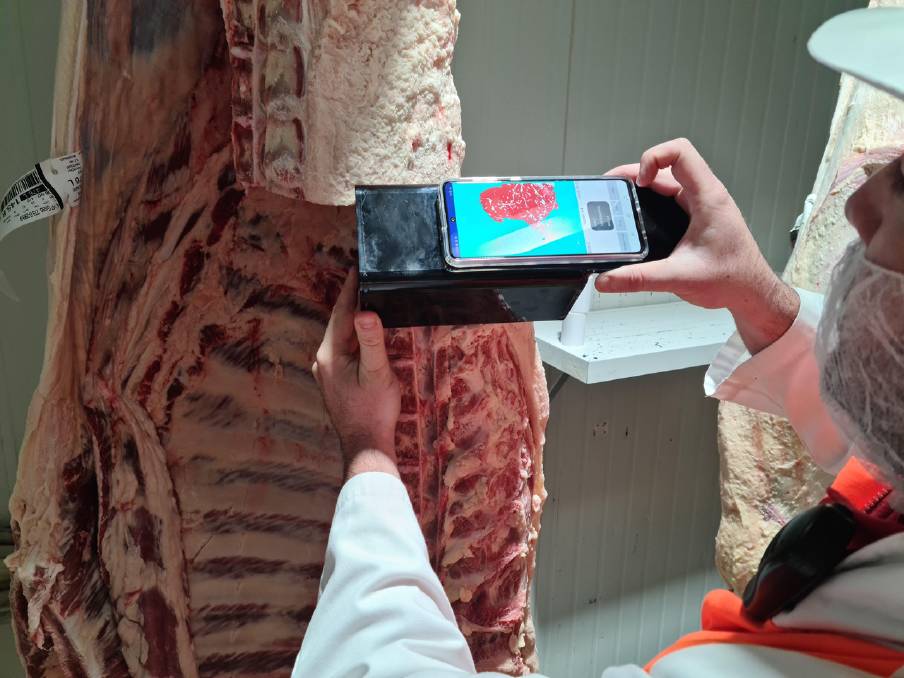 Technology has played an important role in the Beef Australia 2021 carcase competition due to challenges posed by COVID-19.

Back in the first half of 2020 when it was uncertain whether Beef Australia 2021 would go ahead or in what form, the carcase competition organisers decided that the show would go on, pandemic or not.

Carcase competition coordinator David Hill said with processing taking place over a 10 month period, starting last June, the main event hadn't yet made an announcement when they needed to begin.

"The carcase competition was going ahead regardless," he said.

"We took the decision that even if Beef itself was postponed, the competition would still take place.

The competition has drawn 84 exhibitors from across all states, with a total of 810 head of cattle nominated.

"To get to over 800 in the circumstances, was a pleasing result," he said.

But a lot of work went into making sure the competition went ahead, with Mr Hill saying the committee had to take into account the beef processing industry's current operating environment and put in countless hours pulling it together.

Making this year's competition unique is the absence of an overjudge, given the pressures the COVID-19 pandemic has wrought upon meat processors.

Whereas normally the overjudge would travel to the different processing plants to grade the carcases, this time around COVID-19 meant that model was no longer a feasible option.

A total of 20 processing plants were involved in processing the cattle, with in-house MSA graders from each facility using the Masterbeef app developed by cattle breeder Darren Hamblin to capture carcase images.

Four Samsung mobile phone attached to shrouds were sent around the various processing plants to take the photographs to support the data collection.

The app also provided the opportunity to give additional feedback to competitors.

Mr Hill said the use of technology was a great addition to the competition.

"I think it will give the exhibitors a level of confidence in the consistency of the competition," he said.

"We've had to adjust and overcome the circumstances.

"Beef Australia bought this equipment and in future will allow them to be used in ICMJ conferences and other events."

The winners of the competition will be announced at a presentation dinner on Tuesday, May 4.

Mr Hill said it promised to be a great event, with close to 300 people attending and Senator Susan McDonald as the keynote speaker.

"Sam Burke, the executive chef from MLA, has designed the menu and he even flew up here to do a run through with the chef ahead of the night," he said.

"There are competitors from other states that are coming and it should be a great occasion."