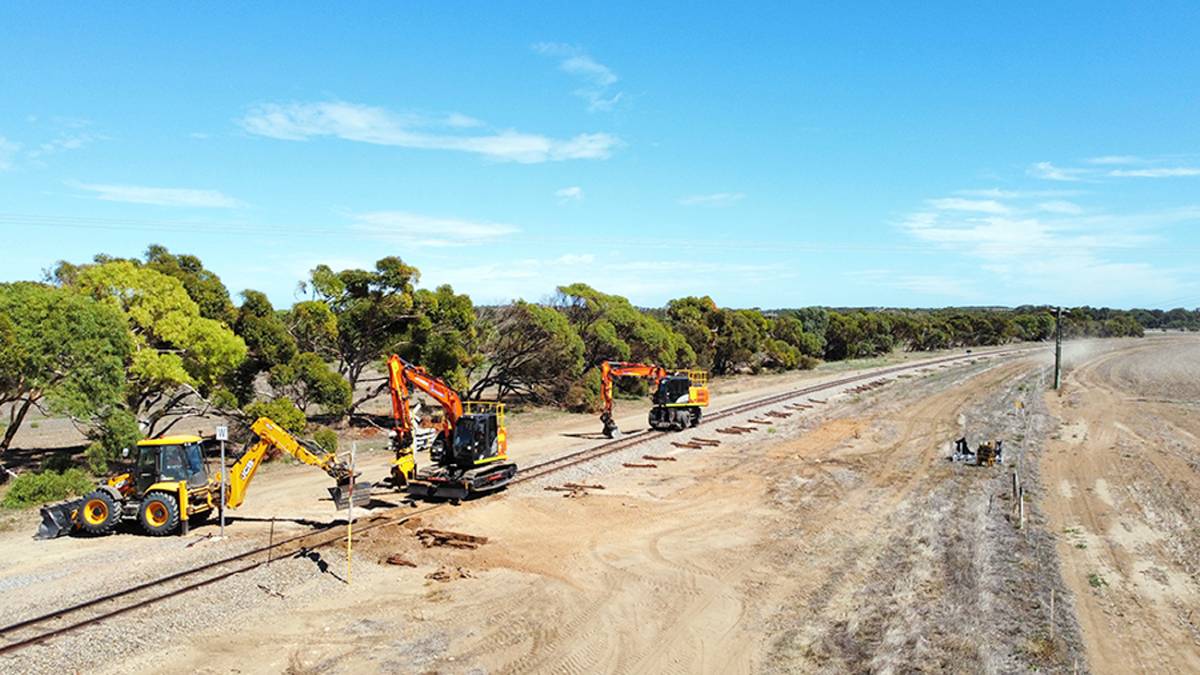 MAJOR work on a critical part of WA's grain rail network is set to continue this year as part of a seven-year upgrade program that will see $54 million invested in the Midland Railway (MR) line that runs from Midland to Geraldton.

This line is the link to the northern section of Arc Infrastructure's network, connecting the Eastern Goldfields Railway (EGR) line to Geraldton and is exclusively used by the CBH Group to transport grain to the ports of Geraldton and Kwinana.

The Midland line upgrade program started last year and will run until 2027, with stage two - the biggest stage in terms of scope and cost, resulting in a $17m investment on the line this year.

Stage two will take place on two sections of the line between Narngulu and Dongara, and Moora and Mooliabeenee.

Arc Infrastructure head of network strategy and long-term planning Michal Golinski said the project had been planned strategically, based on grain tonnages and train cycle times across each section of the MR line.

"We have staged the works based on the tonnes carried on each section and train cycle times," Mr Golinski said.

"This means the sections carrying the highest amount of tonnes and those that will have the biggest benefits to train cycle times have been prioritised for upgrade early in the program."

He said they would work their way through the sections with lower tonnages in the later stages of the project.

Arc Infrastructure head of major projects Sudip Saha said Arc would source new heavy duty steel sleepers for the upgrade from Adelaide - the were previously imported from the UK.

"In terms of sustainability, we are committed to purchasing locally manufactured heavy duty steel sleepers where possible, and will only source from overseas where demand can't be met locally," Mr Saha said.

"We are transitioning the MR line from timber to steel sleepers where we can to ensure the asset is more resilient and has a longer life span."

The sleepers are a new design that was originally tested on the standard gauge Leonora line, and will now be made in narrow gauge for the grain lines.

These steel sleepers have a lifespan of at least 40 years, compared with timber sleepers which last up to 15 years.

The MR upgrade will complement the State government's recent announcement to contribute to funding the four priority rail projects that CBH, Watco and Arc have been working on since 2019 to support increased use of the regional grain rail supply chain.

The co-investment commitment from WA Labor and CBH in rail sidings and loading infrastructure at Moora will be well supported by the major works underway on the MR line.

Arc will continue to collaborate with CBH, Watco and the government in line with the Revitalising Agricultural Region Freight Strategy.