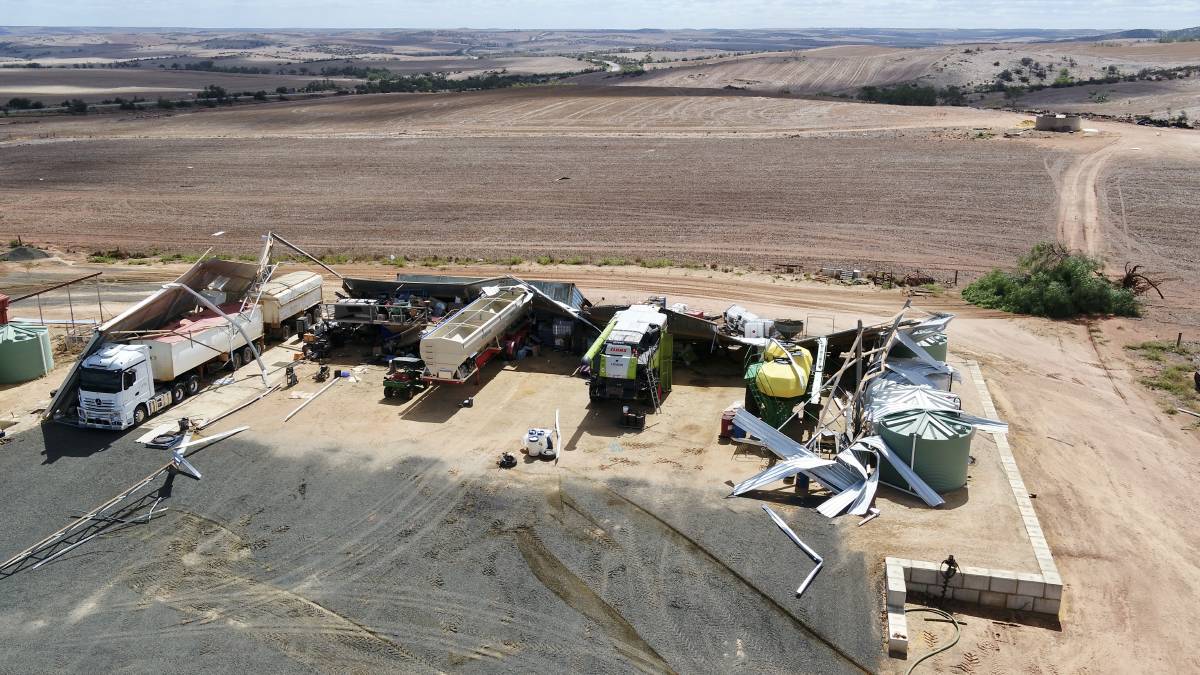 It could mean a delay to seeding & impact spraying

While the damage is undoubtedly devastating, the deluge of rain that came with the winds has provided some consolation by offering up the best start to a season in more than decade.

Crop Circle Consulting agronomist Grant Thompson said it would depend what infrastructure had been damaged as to how it would affect seeding.

"I can imagine any damage to machinery or super sheds may have an immediate impact, while damage to water infrastructure will affect spraying," Mr Thompson said.

"It's also difficult to get fuel at the moment, so I'm not sure how the bulk fuel situation will play out for farmers getting their major deliveries.

"On top of that, there are still some road closures around as well, so that is bound to compound the situation."

Northampton farmer Amery Drage lost his main machinery shed and workshop which damaged some machinery in the process.

"The wind was insane - at around 8pm the house was shaking and ceilings and floors were puffing up and down, it was bloody scary," Mr Drage said

"We also lost a shearing shed and two other sheds, all trees were stripped back, plus we lost a couple of silos and power lines. 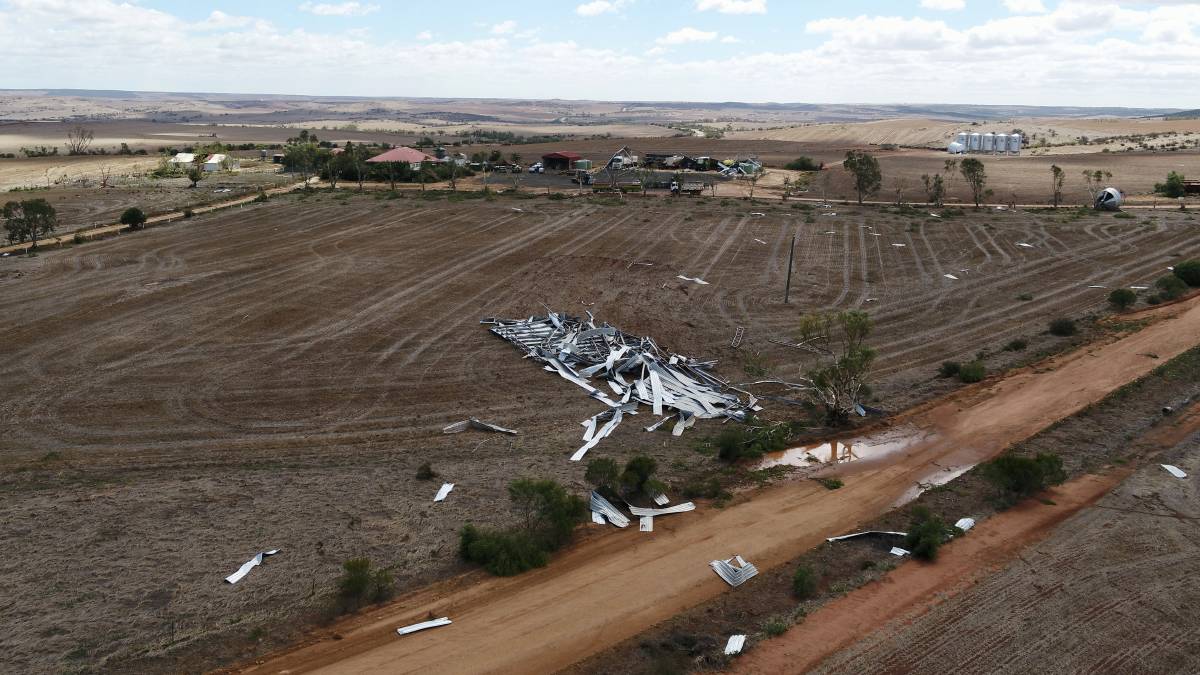 "The clean up will probably take at least two weeks, especially with the amount of trees down, and I'm estimating the damage will cost us around $500,000."

Rainfall caused by TC Seroja varied in the Mid West from around 15 millimetres up to about 80mm, providing a great drop of rain to get the season underway and a very handy top-up to all the summer moisture.

The combination of subsoil moisture and recent rain presents a really good planting opportunity for farmers, when they're able to get around to it.

While some growers who anticipated the rain and had already planted some canola will likely see their crop out of the ground by the end of the week.

"This year is shaping up to be sort of reminiscent of 2008 where we got good summer rains and some opportunities to plant a lot of the program wet from April onward," Mr Thompson said.

"It's setting up very nicely, we've got good stored summer moisture in a lot of areas, not everywhere has had abundant summer rain, but as a whole the northern region has done fairly well.

"With this rain, it once again wasn't evenly distributed across the whole region, but from what I've seen, it does look like most areas got a good enough drop that seeding can get underway."

Along with the ferocious winds, Mr Drage's farm received 61mm of rain, but it will be a little while until he's able to make use of the moisture with the need to clean all farm roads of trees and make a makeshift workshop for seeding taking priority.

"We hadn't started seeding yet and we stopped deep ripping when the cyclone looked likely to impact us," he said.

"I'm feeling pretty sad about the sheds going, especially the big one, but I'm just glad everyone's alright and most gear didn't get damaged, so it shouldn't hold up seeding too much.

"The rain was also really nice - it means a nice early break for canola and should get a germination of weeds before seeding which we haven't had for a few years."

It may be a long season and a lot can happen over that time, in terms of rainfall the northern ag region could not have asked for a better starting point.

With a good early rain, on top of summer rain stored in the profile and good summer weed control, it has set the year up nicely.

"Going forward it's a matter of doing what farmers do best - being resilient, recovering from the damage that has been dealt by the cyclone and getting on with the job at hand," Mr Thompson said.

"Once the basic infrastructure and functionality of everything is back on track, farmers will get back into a positive frame of mind to approach the cropping season with optimism and positivity by making good use of what has been presented in terms of soil moisture."