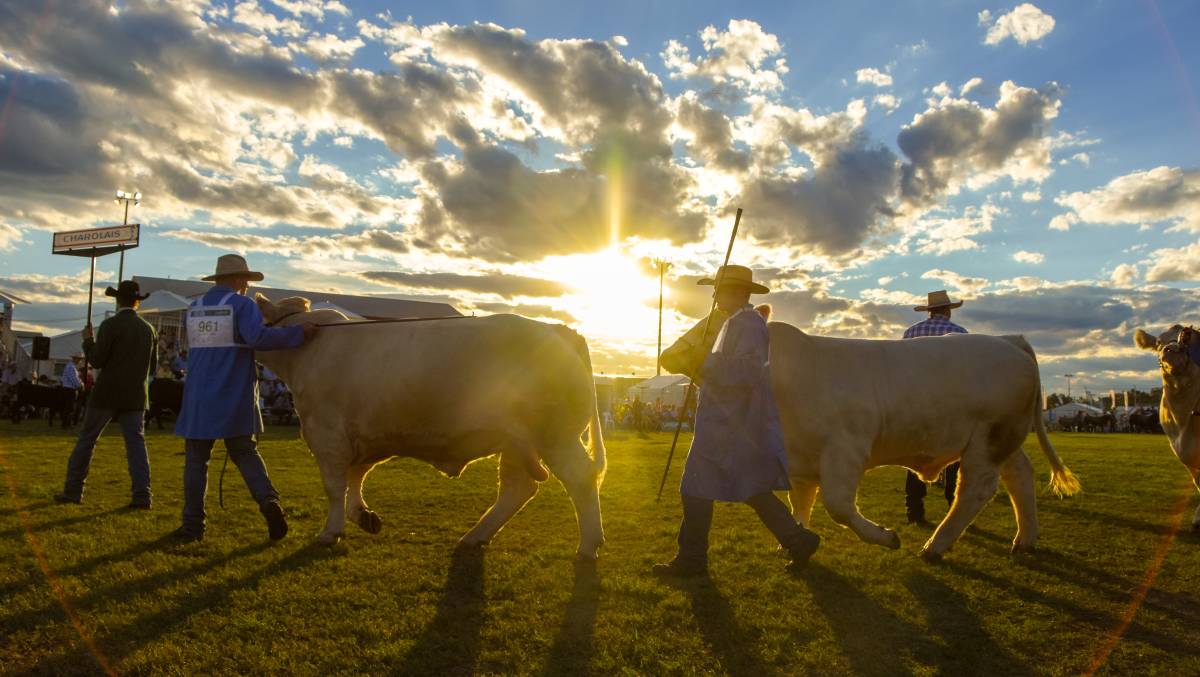 Nutrien Livestock Stud Cattle Championship nomination numbers are on par with Beef 2018 with 1394 head of cattle representing 30 breeds set to be showcased.

The cattle are ready, boots are polished and all that's left to do now is load the truck.

Cattle producers are clearly looking forward to the opportunity to be among their peers and benchmark their cattle, if the Nutrien Livestock Stud Cattle Championship nominations are anything to go by.

Despite the ongoing uncertainty that COVID-19 is causing, nomination numbers are on par with Beef 2018 with 1394 head of cattle representing 30 breeds set to be showcased.

Committee chair Russell Hughes said they were very happy with the nomination of almost 1400 stud animals, as well as 76 steers.

"It's very encouraging and what it indicates is people are confident in the COVID management plan we've put together," he said.

"It's pretty robust, it's something we spent a lot of time and energy putting together so we can effectively put the show on and provide the quality of entertainment and stud cattle competitions, but at the same time give people confidence that they are going to be safe during the period they're with us."

"People have been looking for something to do because there's been no shows for some time.

"Some of the small local shows have just started, which is good from our point of view that people get the opportunity to get out and show their cattle before they get on the big stage because that's a bit of an unknown in some respects, how the cattle are going to be considering they haven't been around large volumes of people for some time." 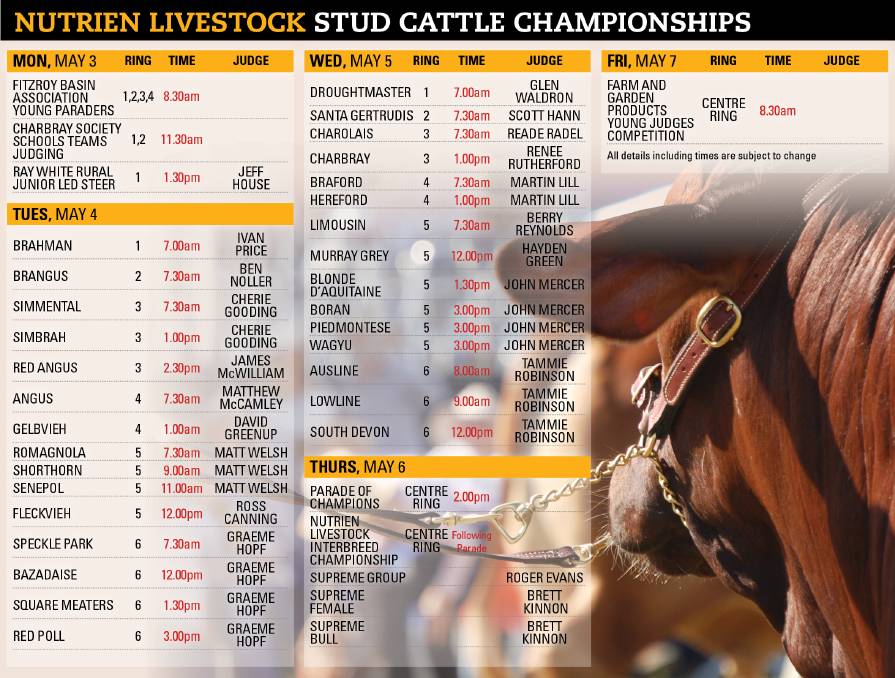 Two days of stud judging action will culminate in the parade of champions and Nutrien Livestock Interbreed Championship from 2pm on Thursday, May 6.

Of the 1394 nominations from 329 exhibitors, the Droughtmaster breed once again has the most entries with 224 head of cattle.

The breed will be the first into the ring on day two of stud judging, Wednesday, May 5, with Elite Charolais and Simmentals principal Glen Waldron, Meandarra, given the task of sorting through and appraising the massive Droughtmaster line-up.

The next-largest line-up is the Brahman breed with 187 animals set to be on show.

The opening act for the stud judging, which kicks off at 7am on Tuesday, May 4, has the largest contingent of exhibitors at 47, with the job of judging falling to well-known cattleman Ivan Price, Moongool Charolais, Yuleba.

Kandoona Red Brahmans principal Reade Radel will have the task of judging the 80 Charolais exhibits.

The stud cattle program and lay of the land will look a little different in 2021.

"We've got six judging rings instead of the five we had in previous years, and that's allowed us to condense the program back to two stud judging days," Mr Hughes said.

"Apart from junior judging which is on the Friday, Monday is all of our youth events with the paraders, the school teams and the junior led steer.

"One of the reasons we've done that is Monday being a public holiday we can probably have in excess of 25,000 people through the gate, so it gives our youth a great platform to showcase what they do in front of a huge crowd.

"Tuesday and Wednesday we'll fit in all the stud judging which means then on the Thursday we've got nothing except the parade of champions and the interbreed championship, so it gives people time to properly prepare for that properly."

Mr Hughes said at Beef 2018, there was in excess of several thousand people watching the parade of champions and the interbreed championship, and similar numbers are expected this year.

With less than two weeks until the gates to Beef Australia 2021 open, Mr Hughes said it's an event not to be missed.

"Talking to our exhibitors, they're really looking forward to it and it is going to be a great platform."