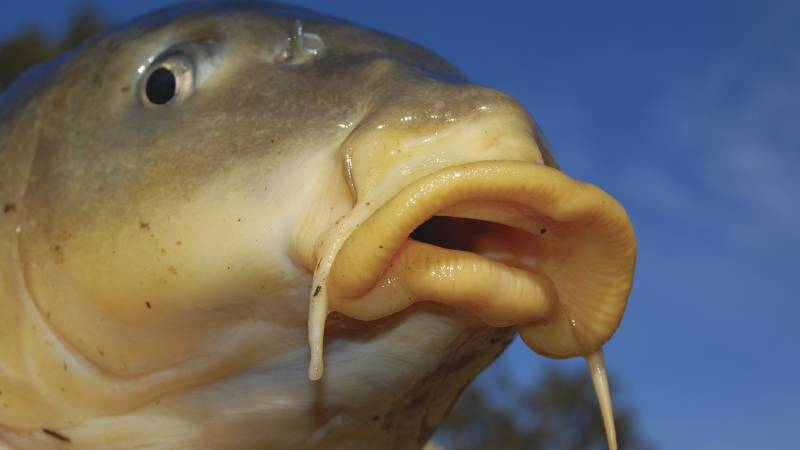 The government has denied the National Carp Control Plan is dead in the water, despite multiple delays, unanswered questions and the lack of an official spokesperson.

THE federal government has denied the National Carp Control Plan is dead in the water, despite multiple delays, unanswered questions and the lack of an official spokesperson.

The $15-million plan to introduce a herpes virus into the nation's carp population was announced by then-Agriculture Minister Barnaby Joyce - who gave a memorable parliamentary performance in 2016, hollering out the word "carp" several times.

The plan was due to be finished by the end of 2019, but has been hit with multiple set backs as the Fisheries Research and Development Corporation - the organisation creating the plan -struggles to justify the release of the virus due to limited scientific literature.

The Department of Agriculture, Water and Environment said the plan was "close to completion" and was waiting to incorporate on the results of multiple CSIRO studies that are expected to be finalised by the end of 2021.

The CSIRO is studying the secretion of the carp virus, and non-target species testing and transmission of the virus.

However, scientists say the basic question has yet to be answered: is the virus effective at controlling carp populations?

Charles Darwin University lecturer and fish ecologist Keller Kopf said the virus already existed in "dozens and dozens of countries", but "no where in the world has there been any deliberate release of the virus".

"Overall, there is still no reliable information to show it can be effective," Dr Kopf said.

"Given the whole purpose of releasing the virus is to control carp for environmental reasons, if it doesn't actually do that then there is no point releasing it given some of the associated risks."

The other major concern is what the side effects of releasing the virus would be on water quality.

A study by the FRDC showed the decomposing carp could suck the oxygen out of river systems and kill native species if not quickly removed.

The FRDC estimates the national carp biomass was more than 350,000 tonnes at any given point in time. In a wet year that figure could double to more than 700,000 tonnes.

So far, manually removing the carp has been the only solution put forward, with potential assistance through a hotline or app to report large fish kill locations.

"Information on procedures adopted to clean-up waterways after a fish mortality event is very restricted, if available at all," an FRDC report stated.

"In many cases, there is no scientific investigation nor any attempt to initiate a [fish kill] clean-up."

The NCCP is also without an official spokesperson, with the national coordinator position remaining vacant for more than a year.

Recent feral animal control programs, such as the feral pig and deer plans, have come with a national coordinator role to drive the plan.

DAWE gave no reason for why the position, which was created in 2016, remains vacant, other than to the "role concluded in December 2019".

FDRC will integrate the CSIRO's study results into the plan before submitting it to the Commonwealth government for review.

State governments will then be consulted, after which the plan will be open to public consultation.

All governments would need to agree on any potential use of the carp virus before it was introduced.

The story Carp herpes plan not dead in the water despite unanswered question first appeared on Farm Online.