Seeding has been a slow process for many farmers

It has been 10 days since ex-Tropical Cyclone Seroja smashed into the Mid West and Wheatbelt, producing 170km/h winds that either damaged or totally destroyed sheds, tanks, machinery and even houses.

The winds were a sheer destructive force, but to the relief of farmers in the area, they also brought with them a deluge of rain which has helped to provide the best conditions to start a season in many years.

While the soil in the area is wet at the beginning of seeding for the first time in a long time, it has so far been a slow process for many farmers who are still dealing with the clean-up or other impacts from the cyclone.

Latham farmer Dylan Hirsch - who lost his main workshop along with other infrastructure such as windmills, fuel storage, fertiliser sheds, stored fertiliser and fences - said the outages in communication delayed him from procuring the parts needed to complete a new seeding rig.

"Thankfully we have one self made disc seeder which we built originally to put in a couple of paddocks, but it may end up putting in half the farm," Mr Hirsch said.

"We had about 20 per cent of the program in before the cyclone went through because we were lucky to have some previous summer rains which meant we could dry sow canola with confidence.

"We then started seeding some more canola on the Tuesday night after the cyclone and planned to start lupins this week." 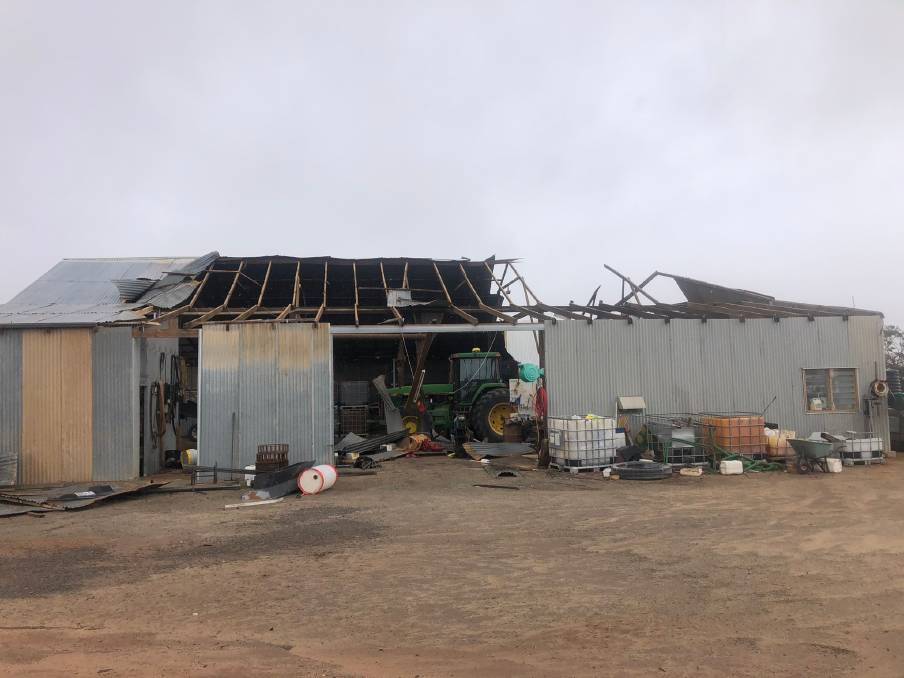 Latham farmer Dylan Hirsch lost his main workshop along with other infrastructure such as windmills, fuel storage, fertiliser sheds, stored fertiliser and fences.

One of those sheds was housing about $100,000 worth of canola seed, but that shed is now little more than a shell and a lot of the seed has been lost.

"Most of that seed has been salvageable," Mr Suckling said.

"It did get rain on it for sure, but there were only a few bags that were totally bashed and battered, so hopefully we only lost about 10pc of what was in there.

"On top of that, luckily the house wasn't any of our primary residences, but my mum and dad used to come up to the farm at seeding and harvest and live in that house."

For Mr Suckling, the cyclone was a "double-edged sword" and while it was destructive, it also dumped between 85 and 135 millimetres of rain, which has set them up really well for the season.

"We put in about a third of our canola program before the rain, then after the cyclone we took two days to regroup, clean up around the houses and make sure the major stuff was safe," he said.

"We got seeding again as of last Wednesday and we've got some really good full-time staff who have that under control while we're organising the cleaning up.

"There's no denying that it's a fantastic opportunity to get canola in and away with the rain that we've just had - you have to be very upbeat about the season, it's obviously still early so you don't want to call anything too major, but it is a great start." 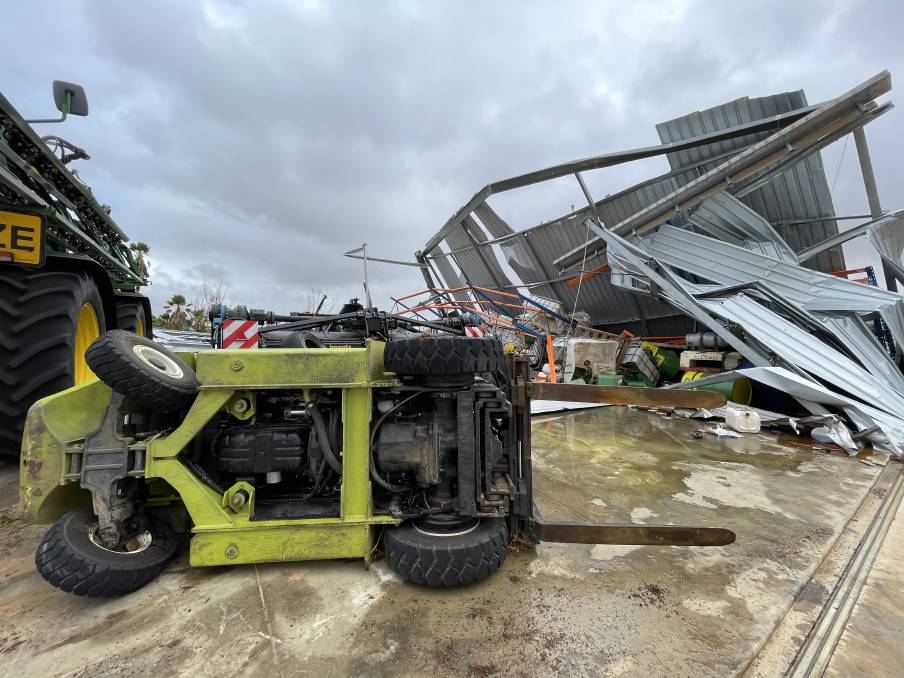 For Mr Suckling, the cyclone was a "double-edged sword" as while it was destructive, also produced between 85 and 135mm of rain, which has set them up really well for the season. Photo by Trin Suckling.

For Mr Hirsch, while the damage to the infrastructure on his property is severe, likely totalling just under $500,000, if he can get the crop in without any further issues, he predicted the 50 to 60mm of rain that fell would be a more than $1 million benefit.

"There might have even been more rain in some places but I can't find the gauges," he said.

"Beneath the overwhelming feeling of extra clean-ups, I am very grateful for the rain, especially as we got about 15mm before the wind came which limited any wind erosion.

"If we get another 5mm by the middle of May we should have our whole crop out of the ground in ideal conditions - we haven't seeded into wet soil since 2016, so it will be strange not having to clean the air filters on the tractors each day."

Mr Hirsch said the damage to the infrastructure on his property was severe, likely to total just under $500,000.

The clean-up in the Mid West is well and truly underway, but it is expected it will take months, if not years for everything in the area to return to any sense of normal.

On his farm, Mr Suckling said everything would be relatively cleaned up and safe by the end of this week, but the process of rebuilding hasn't even begun.

"I'd be surprised if the re-construction is less than 12 months and I think it will be closer to 18 months," he said.

"We're still running on generators and I don't believe we'll get mains power back for another couple of weeks with the amount of power lines that are down.

"On our property alone there are six poles that are down and I've heard a lot of stories that are a lot worse than that."

Mr Hirsch said he was feeling overwhelmed by the clean-up and the extra complication of the lack of power and communications.

"I am grateful for the rain and I'm excited to get more crop in the ground, but I'm sad for some people in Latham, Perenjori and other towns who have lost parts of their house,'' he said.

"I'm also thankful for friends and neighbours who have checked in on us, but I'm frustrated by the lack of response from Main Roads, Western Power, Telstra, etc. in our area, however I do understand that they needed to prioritise the harder hit areas first."