Chinese demand re-emerged for wheat and feed grains, including barley and sorghum, this week. 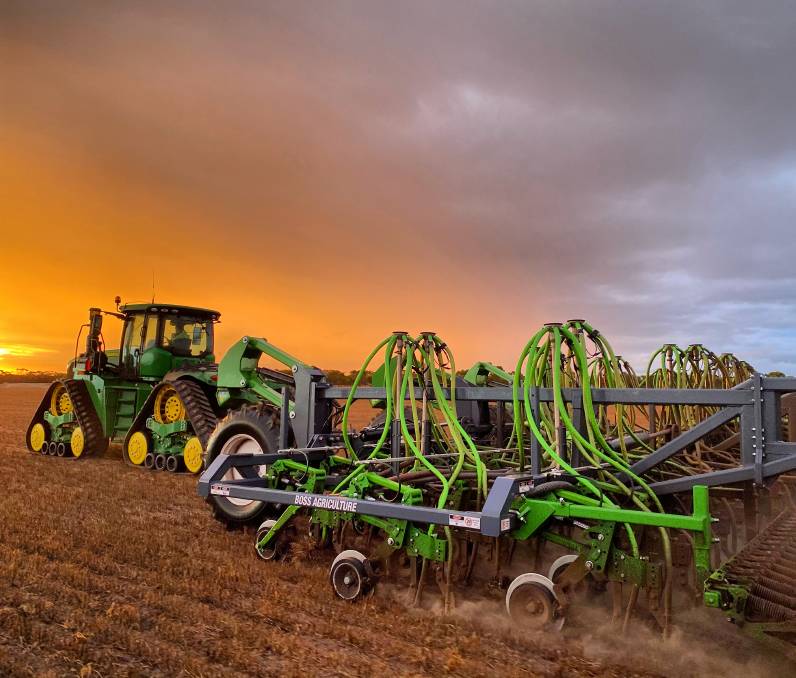 Market activity in Australia has been fairly quiet in the last month, with a heavy early export program pausing while consumers seek more direction on new crop in the northern hemisphere. Photo by Jerry Poiron, Mindarabin.

Chinese demand re-emerged for wheat and feed grains, including barley and sorghum, this week.

Global feed grains are precariously tight, pushing the market to focus on any weather issue in the northern hemisphere.

Volatility is likely to continue.

Wheat futures currently supported by tight wheat corn spread, but less so out the curve.

US northern Plains and Canadian moisture / weather is poor, but we note a low correlation between early moisture and final yield.

Likewise UK and Spain are not in great shape.

World wheat balance sheets are stable to loose in their own right.

Black Sea production has no major impediments so far and continues to see very good rains in the forecast.

Freeze risk seems to have passed for the winter belts in these regions.

Argentinian moisture situation has improved in front of winter planting.

US winter wheat acres will benefit from further rains in the next two weeks.

Market activity in Australia has been fairly quiet in the last month, with a heavy early export program pausing while consumers seek more direction on new crop in the northern hemisphere.

With China buying in other origins indicative of a similar pattern to last year, we could see similar price action whereby Australia lags the rest of the world as China exhausts their supplies, leaving us in a position to take out the remaining demand into Saudi etc.

Export pace locally has slowed due to fire and floods in WA which has prompted a slow down in monthly capacity.

Shipping delays have compounded over recent weeks, causing long delays and big demurrage costs and reducing the appetite for WA exporters of wheat in particular.

We expect buyer demand to recover in direct link with the recovery in export pace and note that Australia is still very well priced for the back end of the shipping year.

At prices today, we calculate Philippines' feed wheat demand right out the curve and are relatively well priced into Asia on milling wheat - this is a major change versus the past few years, where we have entered the July forward period at a big premium to global benchmark.

The US corn belt is dry in the short-term and cold temps are also delaying planting .

We need to see some warmer temps and forecasts improve for rains.

Brazilian Safrinha corn acres have been very dry; the market notes a better forecast versus average, but with outright average falls dropping, we will need to see rains continue for the next month, past the seasonal cut off for rains.

The European dry and recent freeze has the market on notice.

While we do not expect a significant freeze effect on wheat and barley production, there is some potential for damage to oilseed crops.

Dryness will become a concern if we do not see forecasts correct in the next weeks.

Dryness in parts of Victoria and South Australia are partially offset by a positive start to cropping moisture in WA and New South Wales but the market is not in a rush to push up prices based the potential problem due to the large carryout expected in NSW.

There is a lot going on in the world, with lockdowns, virus variants, vaccine rollouts, post pandemic stimulus/recovery and multiple points of potential conflict around the world.

But without a significant financial, or conflict driven risk off event, most are predicting the AUD to move further towards 80 cents into Q4 2021.

This is approximately a $10/metric tonne risk to AUD prices and should be a real consideration when considering price risk for old and new crop.

Russian/Ukrainian tension in the Kerch Strait.

Despite market worries, current action by Russia closing the Kerch Strait to military and government vessels has no implications to exports.

Russia has closed the Strait on multiple occasions since 2014 without significant escalation.

We note that even if Russia was to implement an unlikely blockade on commercial vessels navigating through the Kerch Strait to Azov Sea Ukrainian ports, the effect on grain shipments would be minimal.

Outright escalation in military conflict, especially intervention from the West, is a different story and any significant event in this area would have significant implications for grain prices and flows globally.