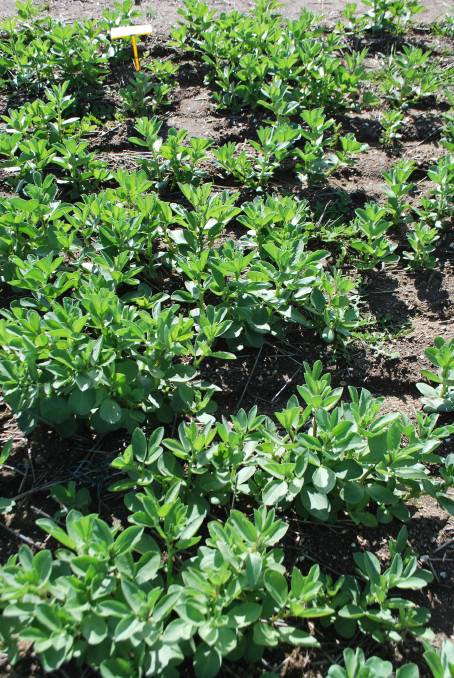 Grain growers will have the option to strengthen and broaden their control of broadleaf weeds and volunteer pulses and canola in cereal crops in the coming season after the arrival of a new, more flexible and cost-effective herbicide tank mix partner.

Priority contains florasulam, an acetolactate synthase (ALS) inhibitor, in a suspension concentrate formulation and once absorbed via weed foliage or roots, it is translocated to the growing points via the xylem and phloem.

The herbicide is effective against susceptible weeds from the two to eight-leaf stage, depending on the weed species and/or weed size.

It can be applied with registered tank mix partners including LVE MCPA 570, Triathlon, 2,4-D Ester, Flagship 400 and Bronco MA-X between the three and flag leaf crop stages (GS13-37). 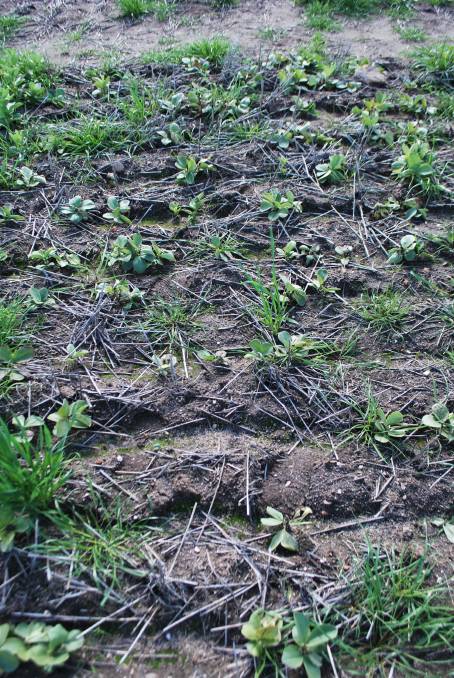 The control shown from an application of Priority post-emergent herbicide at 25 mL/ha (above right), pictured 28 days after application at Katanning last season, when the faba beans were continuing to die. Faba beans, field peas and lentils were all controlled with Priority and would have been smothered by a competitive cereal crop.

Florasulam does not bind to plant material and has a relatively short half-life in soil.

It will have a great fit where growers are wanting to remove clopyralid and SU's (sulfonylureas) from their programs due to residual carryover into their grain legumes and legume pastures.

Clopyralid and SU's can really give them a headache, Mr Addison said.

He said Priority was a very flexible mixing partner with a wide range of herbicides and fungicides, providing for excellent crop safety.

One of the main benefits of florasulam is its low residual, allowing minimal issues for any following crops that may be sensitive to longer residual Group B herbicides or clopyralid, for example, Mr Addison said.

In oats, it can be mixed with LVE MCPA and other broadleaf herbicides to broaden the weed control spectrum with good crop safety.

The excellent crop safety and a favourable pre-harvest interval enhances the herbicides use in oaten hay crops, where there can be residue concerns.

Residues in oaten hay can impact trade with countries that do not have established maximum residue limits.

Mr Addison said Priority was also was a cost-effective spike with many broadleaf herbicides.

Mr Addison said the wide range of tank mix partners Priority could be used with provided plenty of flexibility for growers, allowing them to adjust herbicide mixes according to crop type, weed spectrum and seasonal conditions.

This is an ongoing proposition, with extensive research continuing to aim for expanded mixing options into the future, he said.

While Priority is registered for application in fallows and established ryegrass pastures as well, Mr Addison said it would mainly be used in cereal crops including wheat, barley and oats in WA.

Priority herbicide is registered for post-emergent application in cereals including wheat, barley, triticale and oats, established ryegrass pastures and fallow.