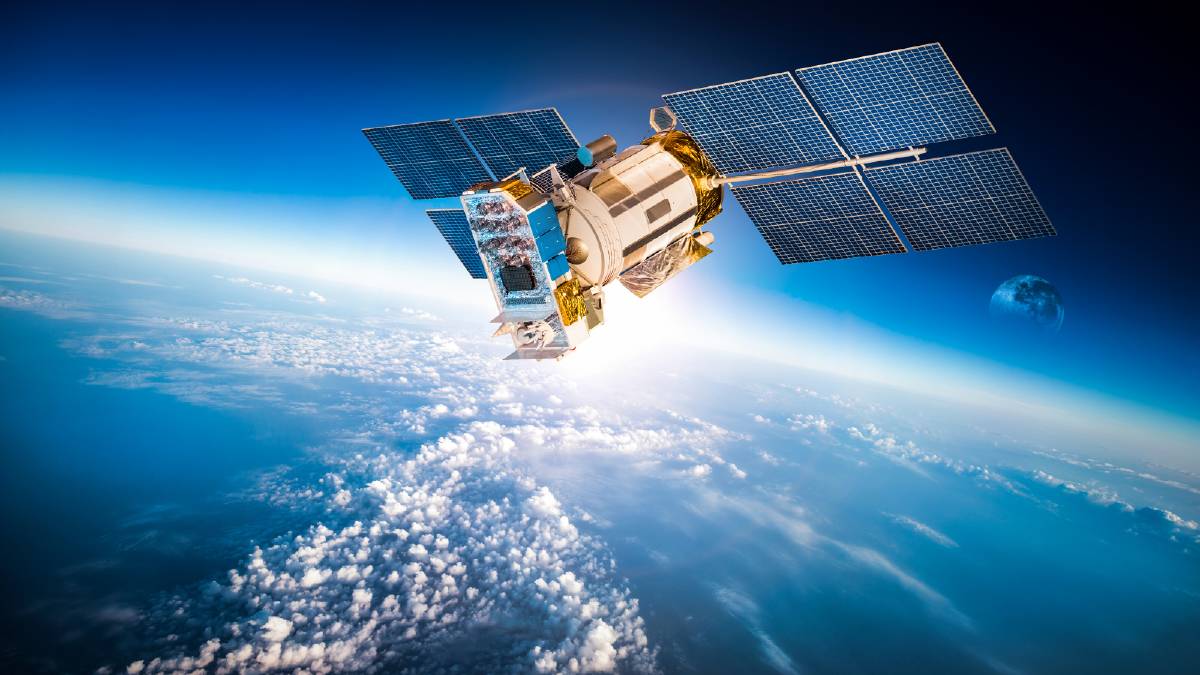 EYES ON THE FUTURE: A new report released by Agrifutures Australia points to the potential for satellites to unlock billions of new dollars for agriculture.

A new report says satellite technologies can add billions of dollars to the value of Australian agriculture.

The key to farmers unlocking billions of more dollars from new ag technology is orbiting in the skies above them, according to a new report released by Agrifutures Australia.

The federal government-funded rural research corporation commissioned the Australian National University (ANU) to do a wide-ranging study into the future role of satellites to lift farm productivity and value.

Its report, Space-based technologies - opportunities for the rural sector, found improvements to geolocation alone could boost Australian agriculture by $2.2 billion over a 30-year period.

And even more significant was the finding that satellite connectivity could significantly lift the uptake of internet-enabled technologies which had the potential to add $15.6 billion to the gross value of production in agriculture, fisheries and forestry each year.

Agriculture was the next frontier for space tech with billion-dollar opportunities to super-charge technology adoption for farmers over the next five to 10 years, the report said.

Australia's use of the global positioning system (GPS) will also be improved in 2025 with the switching on of a satellite-based augmentation system (SBAS) which will improve real-time positioning accuracy from a couple of metres to about 10cms.

"We are only now on the cusp of realising the extent to which spaced-based technologies can be pathways to increased productivity or ways to solve producer pain points," Mr Beer said.

The report authors led by Professor Paul Tregoning, a geophysicist at the ANU, and Professor Owen Atkin, director of the ANU Centre of Entrepreneurial Agri-Technology (CEAT), said the large-scale nature of broadacre livestock farming and cropping lent themselves to space-based remote sensing.

Satellites could scan large areas relatively quickly. In contrast, more intensive farming systems - including horticulture and dairy - would be better served by drones or in-field technologies.

AgriFutures Australia senior manager for rural futures Jennifer Medway said space had traditionally been the realm of sectors like mining and defence but it was now time for agriculture to gain the full benefit.

"It's exciting. The farmer of the future will have space technology fully integrated into their everyday production systems and decision making," she said.

"For instance, dashboards will enable farmers to remotely manage manual processes and inter-operable data systems will radically shift the way on-farm decisions are made.

"All this is made possible through space technology which has the potential to revolutionise the working day of tomorrow's farmers," Ms Medway said. Initiatives such as AgriFutures' evokeAG were connecting farmers, tech developers and researchers while the relatively new Australian Space Agency would help accelerate the development of space technologies for agriculture.

CEAT industry engagement senior manager Martin Amidy said a scenario where a farmer can manage multiple tasks in real time at the click of a button was now a reality.

But he said the development of more practical and cost-effective solutions would be the key to wider adoption.

"It is important to emphasise the opportunity space technology presents but it is equally important to arm producers with practical information on how to implement it and the return on investment they can get from adopting these technologies," Mr Amidy said.

Ms Medway said the next steps would involve rural industries and tech companies collaborating to help each other understand the complexities of the market to maximise space-tech opportunities.

The committee is chaired by Barnaby Joyce who said space-related technologies such as robots, drones, remote sensors and artificial intelligence were no longer in the future.

"For Australia to be competitive we need to not only foster these technologies and their applications but ensure we have people with the right skills and expertise to make it happen," he said.

Mr Joyce said there was potential for rural and regional areas to benefit from, and get involved in, Australia's space sector.

The story No pie in the sky, satellites can revolutionise farming first appeared on Farm Online.