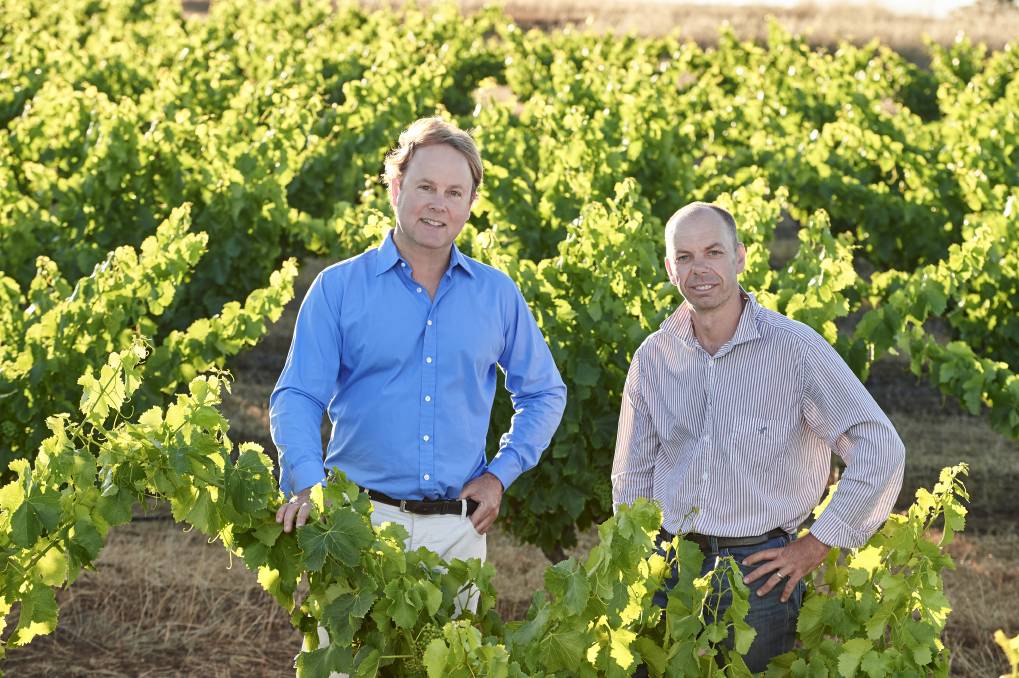 Matt Swinney took a gamble introducing grenache to a region that was foreign to the grape variety and it was that leap of faith some 20 years ago which is now providing great dividends.

With an aspiration to produce wines that are comparable with some of the best in the world but that speak of Frankland River, Swinney vineyards principals and siblings Matt and Janelle Swinney seem to have achieved just that.

Matt Swinney took a gamble introducing grenache to a region that was foreign to the grape variety and it was that leap of faith some 20 years ago which is now providing great dividends.

"Grenache in Australia was pretty much seen as being owned by the Barossa and McLaren Vale at the time and no one even thought of growing that variety of grape out of Western Australia, so when we first planted it here in Frankland River, people thought we were bonkers," Mr Swinney said.

"The Frankland River region was already getting a lot of notice for its shiraz and I had spent time travelling France and Spain and seeing how well grenache grows in those countries, so I simply thought we should try grenache here as well, even though people said it was too cool to ripen."

However by planting the grenache on ironstone gravel hilltops with a northern aspect, the grapes did indeed ripen, producing characters and flavours unique to Frankland River and the Swinney label.

"I'm confident that Frankland River has a tiger by the tail with Grenache," Mr Swinney said.

"It is such a unique and beautiful expression of the variety." 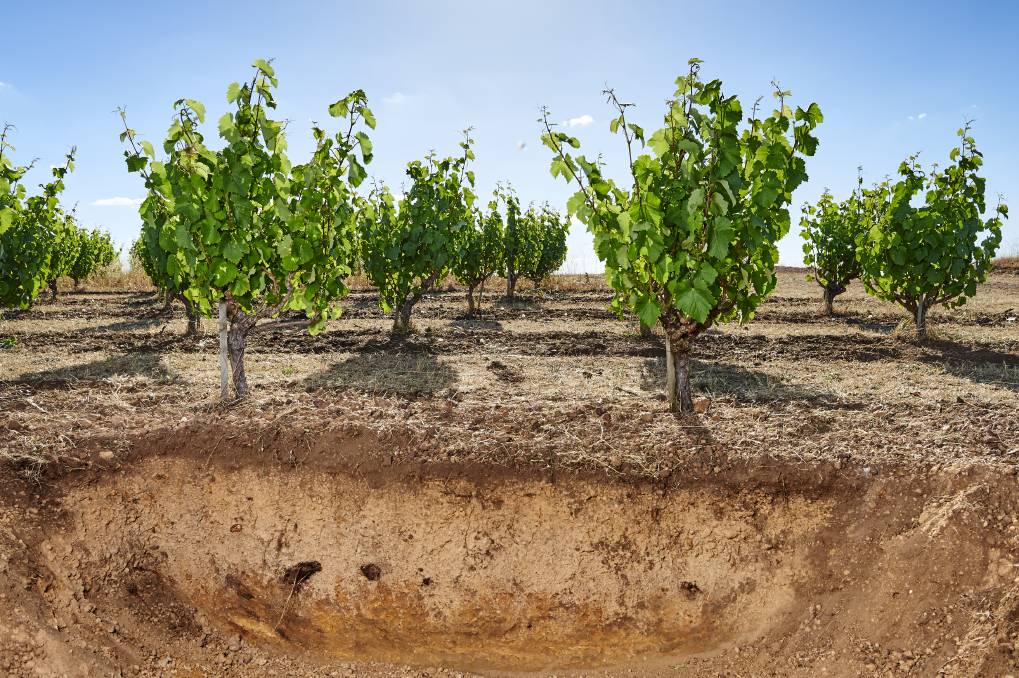 While most of the vineyard is on trellis, Swinney also takes an old school approach to growing grapes by using bush vines.

It was soon after the first release of their Swinney 'Farvie' Grenache, as well as the Swinney 'Farvie' Syrah wines that rave international reviews and accolades came flooding in for the label.

And Swinney continues to go from strength to strength, with the Young Gun of Wine announcing it as the winner of its inaugural Vineyard of the Year award late last month.

"We're pretty thrilled being named Australia's Vineyard of the Year as it's recognition for our whole team's effort over a long period of time and it's great for the Frankland River region as well," Mr Swinney said.

A fourth-generation farmer, Mr Swinney grew up working alongside his parents and grandparents on the family farm which was settled in 1922 by his great grandfather George Swinney, who was affectionately known as Farvie.

Running a sheep and cropping enterprise on 2600 hectares of land, in the late 1990s the family created a new business plan which resulted in the sale of all of their livestock.

"The wool price had been depressed for a long time and we had been shearing about 20,000 Merino sheep up until that point," Mr Swinney said.

"I was working in the city and my parents wanted to travel, so we decided to move into more lucrative industries that could be managed somewhat more passively than a traditional wool sheep enterprise." 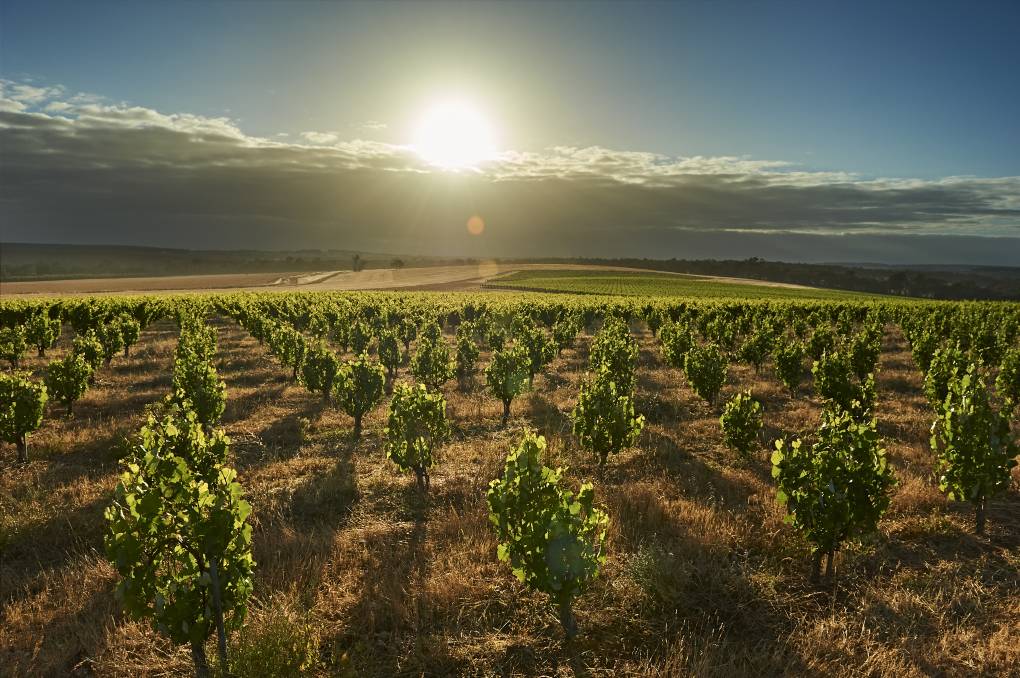 Since 1998 Swinney has acquired three neighbouring vineyards to create one large consolidated business which supplies grapes to 30 different wine companies.

It was those requirements that prompted the family to diversify into viticulture and plantation forestry.

In 1997 a soil survey conducted over most of the property identified the areas best retained for growing grapes.

Lower lying areas of the farm were allocated to their forestry business, after they brokered a deal to supply Japanese paper company, OJI Paper.

Mr Swinney had also secured a 10-year contract to supply shiraz and cabernet grapes to BRL Hardy, the precursor to Accolade Wines, whose many brands include the likes of Hardys, Houghton and Grant Burge.

That contract provided the cornerstone for the development of the family's bespoke grape growing business.

Upon reflection, Mr Swinney who has a background in finance, admits he didn't know much about viticulture when they first started out.

"I used to be a market analyst which morphed into project finance and private equity, and I had been exposed to the sector through my work, but my knowledge was completely different to growing grapes," Mr Swinney said.

"Fortunately we were able to identify and attract some very good people to develop the vineyard with us and to get us started."

Since 1998 Swinney has continued to grow, acquiring three neighbouring vineyards to create one large consolidated business which supplies grapes to 30 different wine companies.

Viticulturist Lee Haselgrove has helped the family execute its vision over a number of years, while renowned winemaker Rob Mann has shared his wealth of knowledge and experience in the industry.

Fortunate to have an Afghan family who has provided casual labour for them for about 10 years, Swinney utilises a combination of machines and handpicking to harvest its grapes. 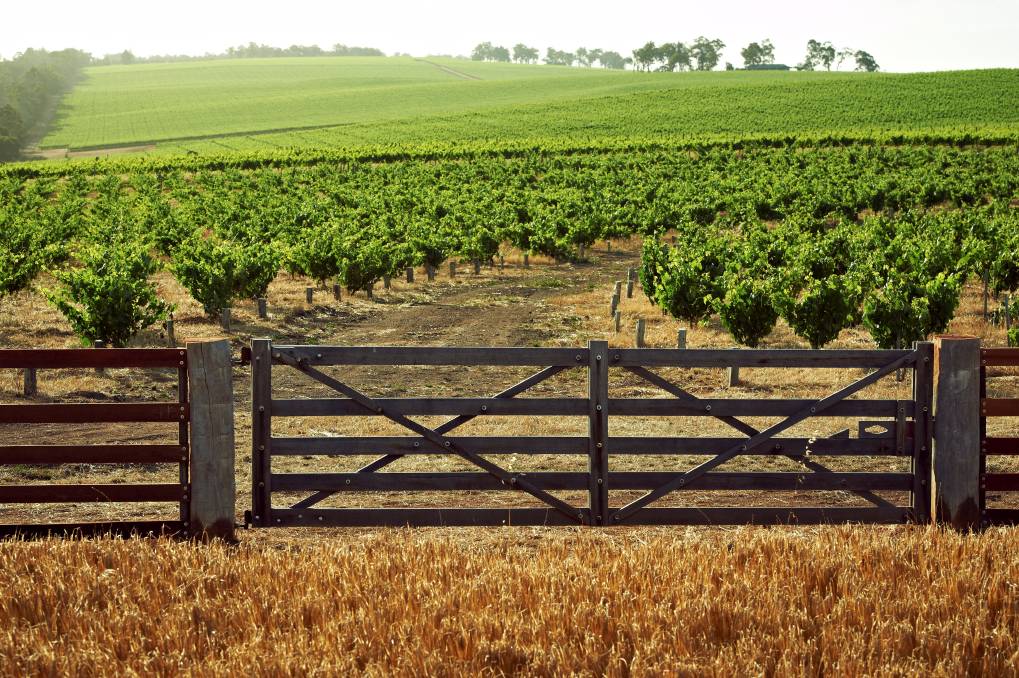 The Young Gun of Wine announced Swinney, based in the Frankland River region, as the winner of its inaugural Vineyard of the Year award late last month.

"Like everyone else we have felt the impact of the closure of borders but we have been fortunate to have a long term, stable team that has been very loyal," Mr Swinney said.

While most of the vineyard is on trellis, the family also takes an old-school approach to growing grapes by using bush vines - a technique traditionally used in France and Spain - and is one of the very few modern day plantings using this method in Australia.

"The fruit character when grown as bush vines is very different from the same variety grown on trellis and, in our view, it's typically superior," Mr Swinney said.

The bush vines require everything to be done by hand, but the end result arguably justifies the extra effort and expense associated with the technique.

With 220 hectares in production now, the Swinney label utilises less than one percent of its yield, with the remainder sold under long-term contracts.

The fruit for the upmarket Farvie range, which retails at $150 per bottle, is harvested off a few selected pockets of the vineyard which meet the family's specific quality requirements for their own wine.

While the regular Swinney range, which includes a sibling Syrah and Grenache, a Mourvedre Syrah Grenache blend and a Riesling, has also been the recipient of great reviews, it is the staggering success of the ultra premium Farvie range which makes the Swinney label stand out.

The 2018 Farvie Grenache and 2018 Farvie Syrah received close to perfect scores by national and international critics and have even been bestowed the title of 'the world's best' by some reviewers.

Humbled by the praise, Mr Swinney said he was blessed to live and make wine in the incredible Frankland River region.

"We are wonderfully isolated here and having spent a lot of my time in cities like London, I love coming home to the farm - to the huge skies and the sense of space ," Mr Swinney said.

Splitting his time between his corporate advisory work in the city and overseeing the family's vineyard, farm and wine business, Mr Swinney said he and his sister enjoyed the balance between the city and country.

"Janelle runs our wine business and she is also based in the city but we always travel back and forth from Frankland River," Mr Swinney said.

"It truly is a beautiful part of the world to be doing what we do."