For about 15 years of her childhood, founder Meredith Nowlan lived on remote cattle stations near the Gulf of Carpentaria, Queensland and she said it was this experience which inspired her to create a business that supported people living in similarly isolated regions of Australia. 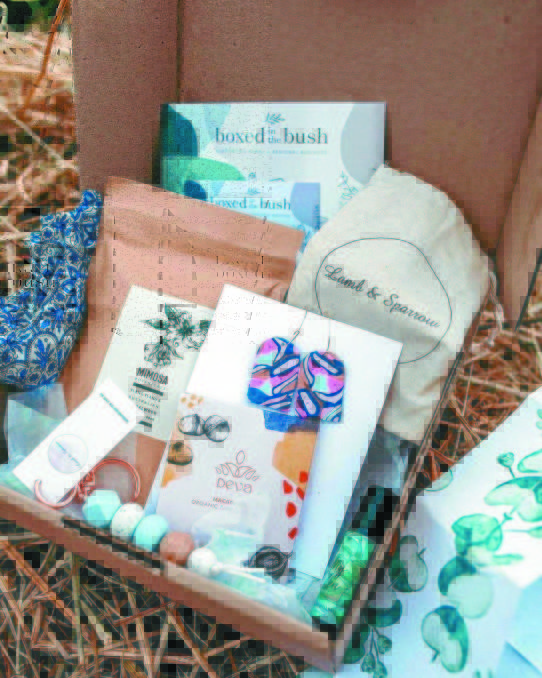 Each Boxed in the Bush gift parcel features at least four Australian-made products in the categories of home, food, beauty and lifestyle.

BOXED in the Bush is a small gift service business that was born out of a desire to support women living in Australia's remote and regional communities.

For about 15 years of her childhood, founder Meredith Nowlan lived on remote cattle stations near the Gulf of Carpentaria, Queensland and she said it was this experience which inspired her to create a business that supported people living in similarly isolated regions of Australia.

"If I hadn't grown up where I did, I wouldn't understand half of the struggles and roadblocks country people face day to day," Ms Nowlan said.

"I know what it's like to have no internet, not see anyone for weeks at a time and have to drive so many hours just to get to a small town."

Putting together remote and regional artisan's products from all over Australia and delivering them to customer's doorsteps as a quarterly subscription service, Boxed in the Bush also provides the option to purchase one-off boxes.

Aiming to feature artisan's products who live at least 100 kilometres away from Australia's capital cities, Ms Nowlan said her suppliers didn't tend to have access to the facilities found in major regional centres and that the majority of her buyers also tended to live in the country.

"A lot of my customers are located regionally and remotely, so if they don't get to go into a shop each week they are still able to give something to their friends when they visit them or treat themselves, as the boxes always have a few different knick-knacks inside," she said.

"Women tend to be my main customers because as a woman myself I understand what women want, but I also get the occasional male customer who will send a box to his wife or his mother."

Ms Nowlan came up with the concept for Boxed in the Bush after stumbling across a 'Buy from the Bush' page on Instagram and struggling to narrow down which products to buy, due to the added expense of postage.

"I thought, 'I wish there was a business that would highlight all of these other fabulous businesses with just one charge and eventually I realised that I would have to create that business myself," Ms Nowlan said.

She finds a lot of the rural artisans whose products she features under various hashtags on Instagram and reaches out to them when one of their items catches her eye.

"Sometimes I love the products they already have, or sometimes I will approach them with an idea for a product I think they might be able to create for me," Ms Nowlan said. Boxed in the Bush founder Meredith Nowlan with her husband Levi and their three kids (left to right) Waverley, Collins and Wilhelmina.

A minimum of four items are included in the boxes, with at least one product in each of the following categories; home, food, beauty and lifestyle.

Lamb and Sparrow, a WA business which sells tutus and accessories for kids and anything from lanyards to jewellery for mums, had previously been recruited by Ms Nowlan for one of her gift parcels.

The business was founded by Western Australian sisters Tash Wiese and Sharon Venables who grew up on a property in Kojonup, while WA lupin farmer and My Provincial Kitchen founder Tanya Kitto's lupin bake-at-home kits have also previously been featured, providing the food component of a Boxed in the Bush gift parcel.

"Pound and Penny is a business by another Western Australian lady who's products I'm looking at featuring for an upcoming gift parcel and she does self care bath items," Ms Nowlan said.

Each Boxed in the Bush gift parcel has a theme with the focus for Autumn eco gifting.

"After the excess and indulgences of Christmas I wanted to create a box that was a little bit more environmentally friendly," she said.

Despite only having founded the business in September last year, the business has already been very well received and was a 2020 Product of the Year Finalist with Supporting Small Business Australia (SSBAU). 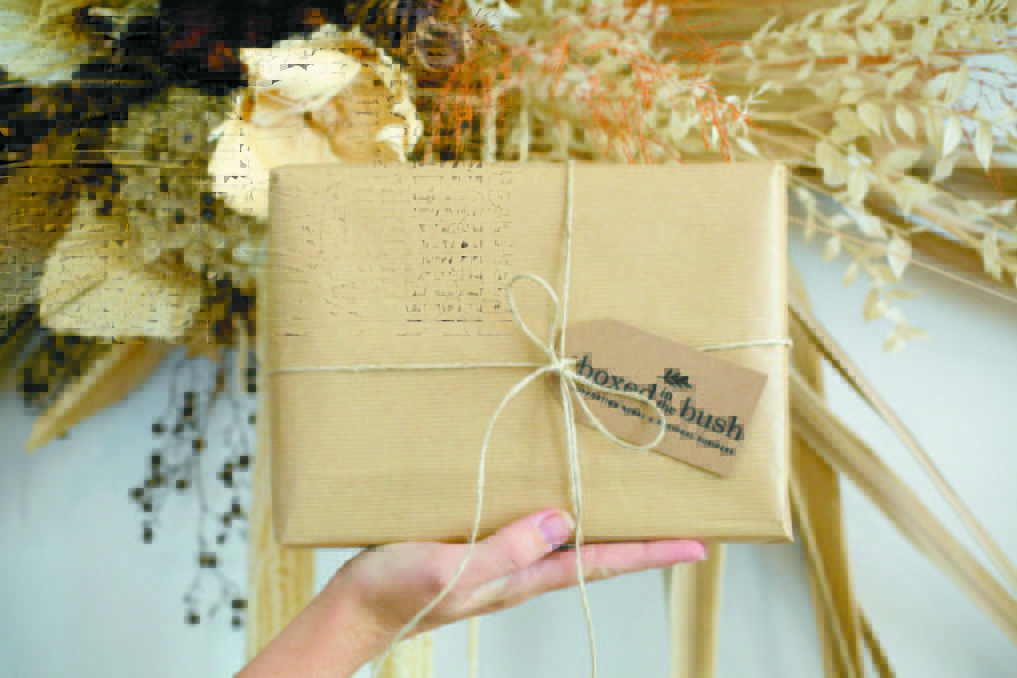 Boxed in the Bush is a quarterly gift subscription service available nationally.

However with three kids aged under six, Ms Nowlan said she would most likely take her time in growing the business.

"In the future, with each gift parcel that goes out, I would also like to donate to a rural and regional not-for-profit organisation," Ms Nowlan said.

"I donated to the ICPA (Isolated Children's Parents' Association) raffle this year and that is something I plan to do more frequently and in a more structured way."