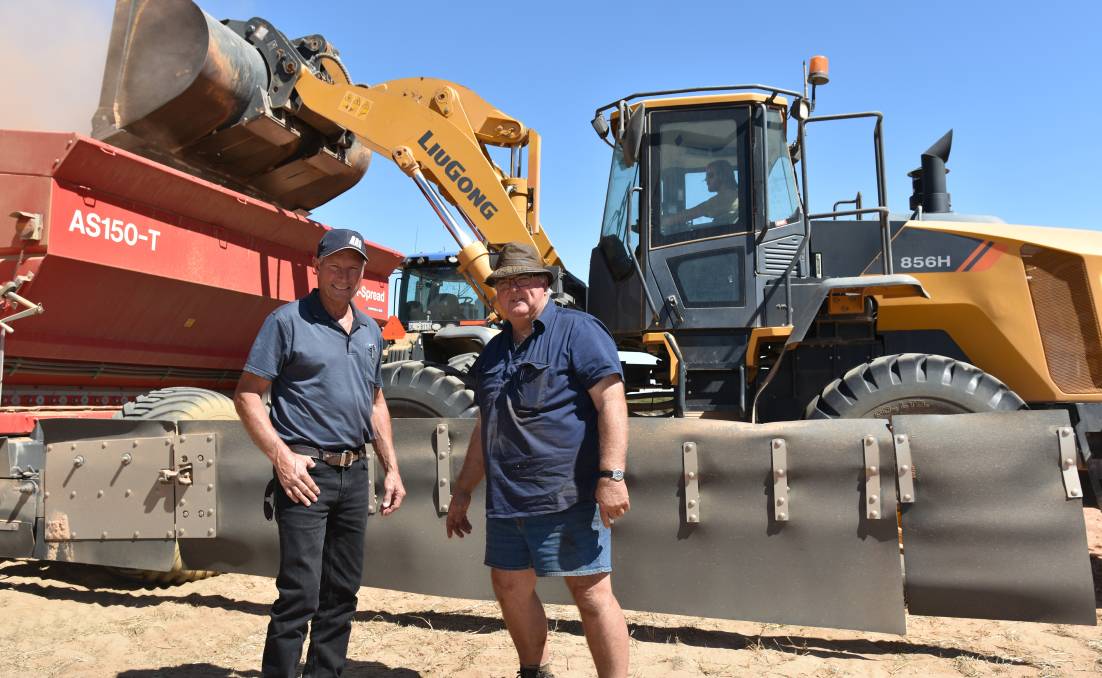 Graeme and Julie Hathway, together with their son Bryce, daughter Ricki and son-in-law Todd, crop 10,000-12,000 hectares of their 'Lockland Park' farm to wheat, barley, oats, lupins, vetch and peas.

LIKE for many WA farmers, soil health and liming have been a strong focus for the Hathway family near Kalannie and since following a local trend to using Morrell lime reserves on their own property, they have geared-up to support the amelioration program and have not looked back.

Graeme and Julie Hathway, together with their son Bryce, daughter Ricki and son-in-law Todd, crop 10,000-12,000 hectares of their 'Lockland Park' farm to wheat, barley, oats, lupins, vetch and peas.

Soils across the property range from heavy clays and loams through to Wodjil and duplex soils, and deep ripping has been added to the liming program in recent times to further improve soil health.

"With the deep ripping and soil moisture conservation, crops in those areas can soldier on when others crash and burn,'' Graeme Hathway said.

He said deep-ripped areas generally achieved crop yield responses of 400-600 kilograms per hectare and, despite the difficult conditions last season, paddocks that had been topdressed with the Morrell lime were yielding two tonnes/ha when, in the past, they would have yielded about 1.2t/ha.

After previously sourcing lime sand from Greenhead near the coast, the Hathways followed one of the pioneers of Morrell lime in the Kalannie region, Bob Nixon, in investigating and tapping into their own reserves.

Mr Hathway said they identified a good Morrell lime resource, with additional trace elements, to treat the required areas of their property and they had been undertaking applications for the last three years.

He said the Morrell lime was applied at rates near double that of lime sand, amounting to about 4t/ha. 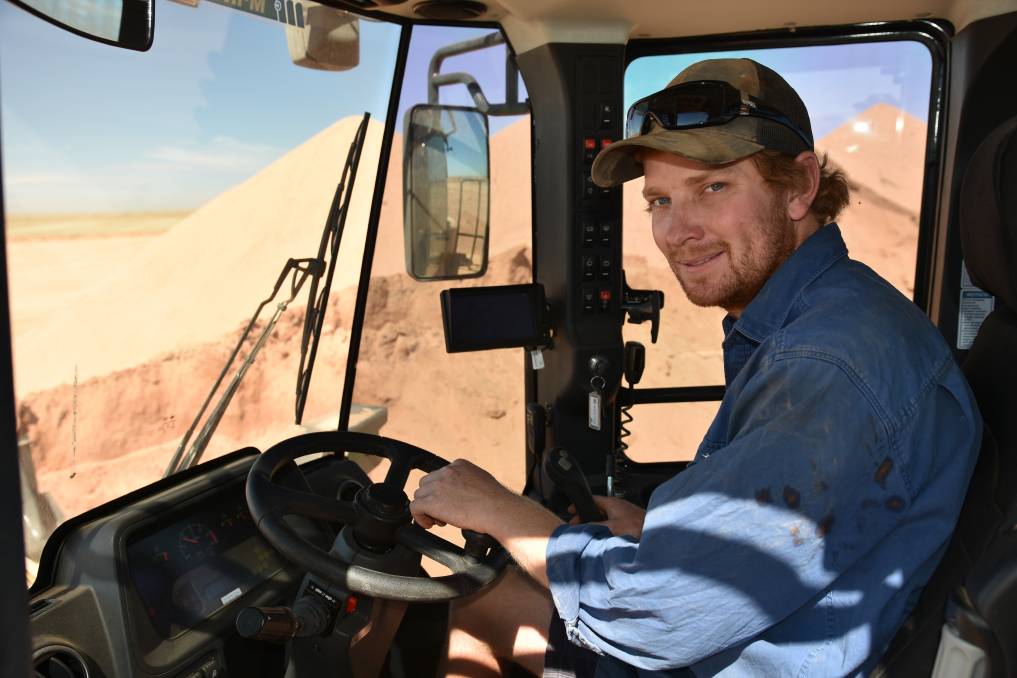 The Morrell lime operations are managed using LiuGong wheel loaders, a triple deck screen for grading and a 20t AgriSpread AS150 spreader with curtains for even topdressing over 12-metre widths.

The Hathways recently welcomed their third 856H LiuGong loader, a high specification model to complement another standard specification machine, after recently selling an older 856 loader that had notched up about 2500 hours.

They had also previously used a TCM 835 loader.

"When we were looking at the loaders, you could buy a new LiuGong with warranty for the same as a second-hand CAT that had done 10,000 hours,'' Mr Hathway said.

"With the increase in soil amelioration, the LiuGongs are affordable and do the job well," he said.

David Trindall, sales manager with McIntosh & Son at Wongan Hills, said in addition to farming operations, the LiuGong loaders also were being used by grain handling and concrete companies in the region.

Mr Hathway said their previous machine couldn't load to the height of the spreader, but it was no problem for the LiuGong loaders and they opted for two of the same model to easily interchange a host of attachments including forks, rakes, hay forks and a rake bucket grab, which had been handy for fence-line jobs and clearing rubbish.

The family had also made a 5t grain bucket extension for loading grain out of their shed.

The LiuGong 856H wheel loaders are powered by turbocharged and air-to-air intercooled, six-cylinder Cummins Stage II and Stage III (high specification model) engines, offering up to 217-horsepower, speeds up to 40 kilometres per hour and a tipping load of 12.4t.

Quick hitch buckets are now standard on the loaders, with the high specification model using a 3.5m3 bucket, while a 3m3 size is used on the standard model.

Mr Hathway said the 2016 standard 856H loader had clocked about 1400 hours and together with the latest high specification model, the family was enjoying the "creature comforts'' and had no issues to report.

"We have not had any hydraulic ram leaks,'' he said.

Mr Trindall said other customers also were praising the comfort of the latest LiuGong models and the speed of the hydraulics.

"One of the biggest things is the ride control, taking the bounce out of the bucket with big loads," Mr Hathway said.

"The auto-grease is another big benefit.

"The Morrell lime is really fine and abrasive and so on the standard loader we would have to grease every two hours - now we just press a button and it greases itself.''

Mr Hathway said having the support and backup of the McIntosh & Son team for the running of the loaders, as well as other equipment and operations, also was highly valuable.