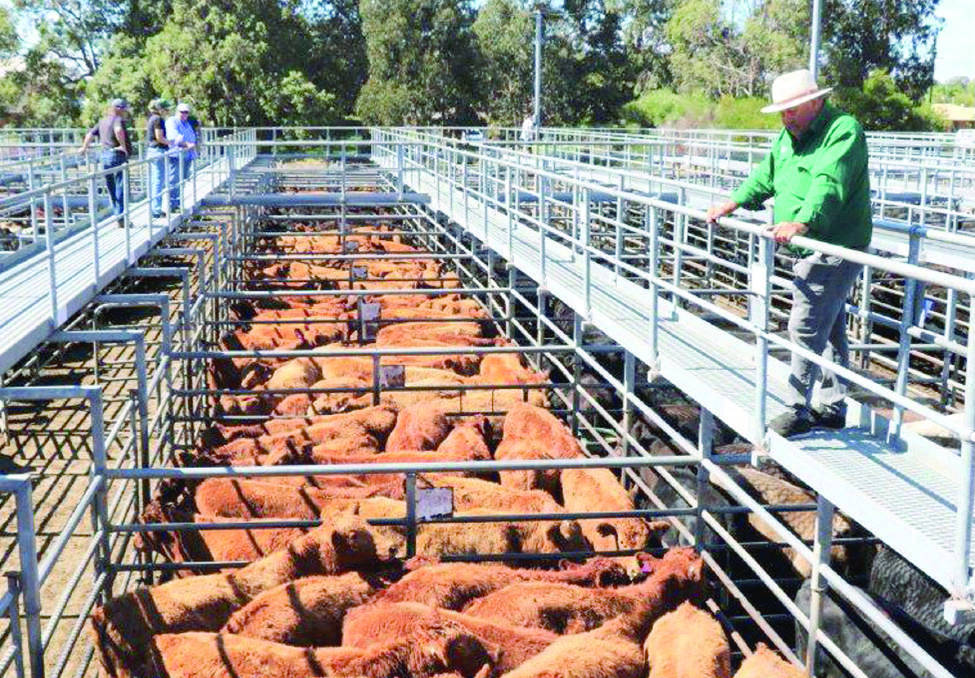 There will be a good cross section of beef and dairy descriptions available to suit most buying requirements including decent numbers of beef steers and heifers, first cross and Friesian steers ranging from poddies to grown two-year-old steers.

THE Boyanup saleyards is set to host another big yarding of cattle at Nutrien Livestock's monthly store cattle this Friday, May 7, starting at 1pm where about 1800 head of quality store cattle will be yarded.

There will be a good cross section of beef and dairy descriptions available to suit most buying requirements including decent numbers of beef steers and heifers, first cross and Friesian steers ranging from poddies to grown two-year-old steers.

Nutrien Livestock South West livestock manager Peter Storch said it would be another significant yarding of store cattle at the Boyanup saleyards.

"There will be a large number of cattle yarded again for Nutrien Livestock's May store cattle sale with many quality and well-bred drafts nominated that are in very good condition," Mr Storch said.

"This represents an excellent opportunity to secure numbers prior to the approaching growing season with buyers having a large selection of beef and Friesian lines on offer."

Nutrien Livestock Waroona agent Richard Pollock has nominated a strong number of cattle for the sale on behalf of his clients. 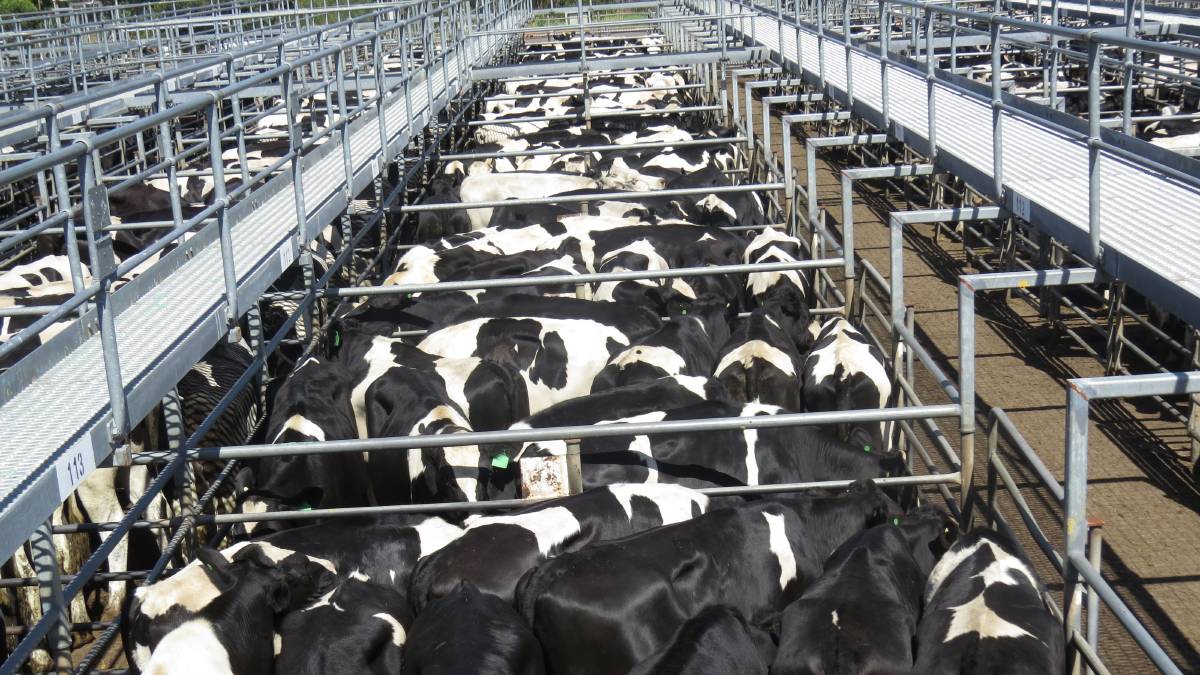 There will be solid numbers of Friesian steers ranging in ages from poddies to two-year-olds at Nutrien Livestock's May store cattle sale at Boyanup.

Bred on local Young Guns Murray Grey bloodlines, the Tapper's calves were weaned in December and have been grazing cereal stubbles and pasture.

They received a drench a month ago and are expected to weigh from 280-360 kilograms.

Waroona graziers McIntyre Farms will offer a total draft of 101 steer and heifer weaners at the sale.

The draft is predominantly Charolais cross based mainly on Kooyong Charolais bloodlines with 40 steers and 61 heifers.

The 10-month-old calves were drenched in December when weaned onto stubbles and are estimated to weigh from 200-300kg.

Mr Pollock said the Tappers and McIntyre Farms cattle were well handled with good temperaments and were typical store cattle seen during the mid to late autumn period.

"These are calves with plenty of frame and weights consistent for this time of year, providing a good opportunity for producers to get short term weight gain in their feeder and backgrounding calves," Mr Pollock said.

The 12mo steers are expected to average about 320kg with the owner-bred bucket-reared steers from the Pitter family's dairy operation and has received all dairy calf treatments and husbandry.

Nutrien Livestock Brunswick and Harvey agent Errol Gardiner also has a significant number of clients' cattle coming into the sale.

The 7-8mo weaners have been yard weaned and vaccinated.

The 10mo weaners are owner-bred and weigh about 320kg.

The line of well-bred Friesian steers are owner-bred and part of the annual turn off from the Norton family's large dairy operation.

Mr Gardiner said the large steers were in prime condition weighing in the 600-700kg range.

"Excellent cattle to start the May sale," Mr Gardiner said.

"We decided to go to auction with these cattle to give all processors the opportunity to buy in a competitive market."

The draft will consist of 24 Friesian steers and 12 Jersey steers, all aged from 12-14 months.

Mr Gardiner said they were very quiet steers that were ideal to background for next year.

Other older steers for the sale will be offered by KM, EJ & LK MacDonald, Cookernup, with 30 Friesian steers aged 20-22 months.

Mr Gardiner said the steers weighed from 520-550kg and would be suitable to feedlot or spring finish before processing.

Taylor Agriculture, Harvey, will truck in 25 Friesian steers to the sale.

The 14-16mo steers weigh from 300-350kg and Mr Gardiner said they were very well-bred Friesian steers that were purchased in as poddies and grown out for 12 months.

A line of 20 Friesian steers aged 16-18 months will be offered by fellow Harvey producers IR Sorgiovanni.

The steers weigh approximately 400kg and are suitable to finish in spring.

A couple of significant lines of Angus heifers from the Esperance region will be featured.

Ridley Plains has 150 heifers coming into the sale and Willawayup Farms has nominated 80 Angus heifers.

Both lines are aged 12 months and bred on Allegria Park and Coonamble Angus bloodlines.

Other bigger numbers available in the beef section include 50 Angus and Murray Grey heifers from the paddocks of M & AJ Bell.

The 14-15mo draft is divided equally between breeds and is offered guaranteed unmated.

The Armstrong family also features in the first cross section with a large line of 35 Angus-Friesian steers aged from 12-14 months.

Evans Dairy, Busselton, has nominated a large consignment of younger dairy calves for the sale.