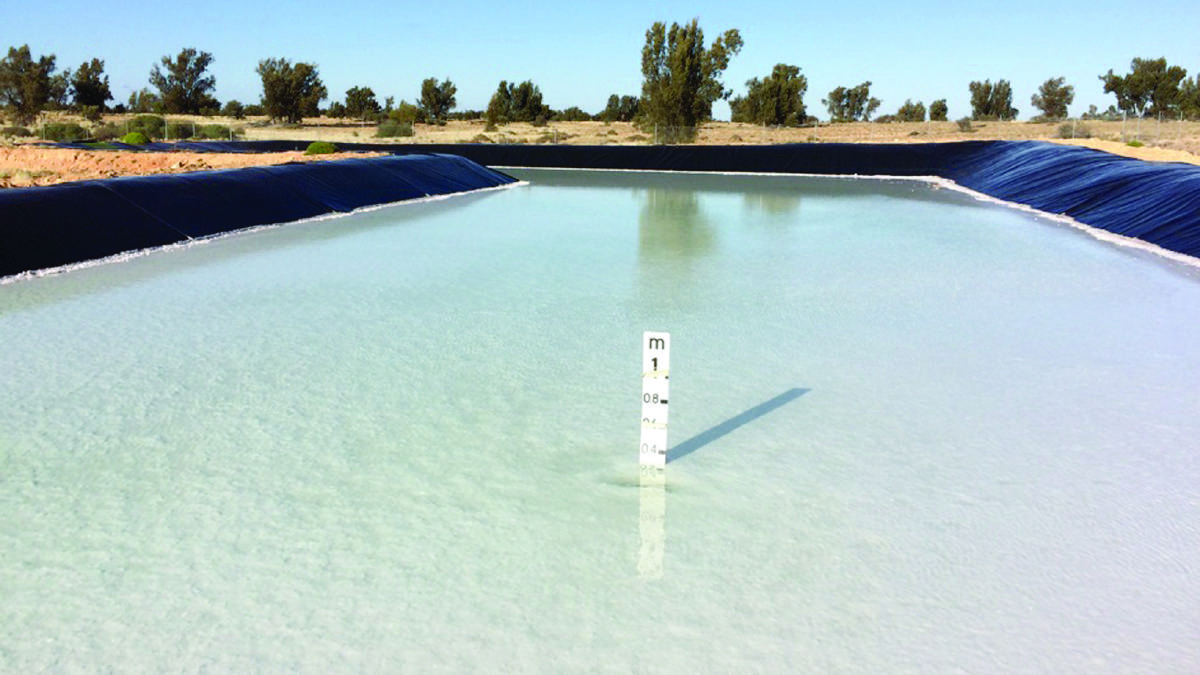 A prospective Sulphate of Potash (SoP) fertiliser project in the Goldfields has been given a confidence boost, with increased support from one of Western Australia's leading prospectors and minerals investors.

A PROSPECTIVE Sulphate of Potash (SoP) fertiliser project in the Goldfields has been given a confidence boost, with increased support from one of Western Australia's leading prospectors and minerals investors.

Often credited as the prospector with the golden touch, Mark Creasy, who discovered and sold for a fortune the Bronzewing Gold Mine north-east of Leinster, has converted unlisted options to shares in Australian Potash Ltd.

Listed as APC by the Australian Securities Exchange (ASX), the company recently announced Mr Creasy, through investment vehicle Yandal Pty Ltd, had "exercised" all of his options, resulting in a "cash inflow" of $857,500 to APC.

Yandal's shareholding had increased to 7.8 per cent of APC's issued stock and, now with 6.86 million shares, it was APC's largest shareholder, APC told the ASX.

As previously reported in Farm Weekly, APC is developing its $86.4 million SoP project at Lake Wells, north-east of Laverton and is likely to be the third local company to produce commercial SoP fertiliser from potassium-rich brine pumped from beneath a remote WA salt lake.

"Mr Creasy, with his deep experience across the industry including several commercialised minerals deposits and a long history of value accretive corporate transactions, has consistently been a supportive shareholder through our development processes," Mr Shackleton said.

"It is again pleasing to see a strong sign of support for our continued work on the 100pc-owned Lake Wells Sulphate of Potash Project."

Earlier this month APC released the results of its front end engineering design program - which identified optimised bore-field designs comprising 79 brine bores and about 13 fresh water bores - and announced it had contracted Pentium Hydro Pty Ltd to drill them over about 13 months, starting before June.

APC is proposing to produce 170,000 tonnes per annum of premium-priced SoP fertiliser products to be marketed under the K-Brite brand name and is looking at constructing the processing plant next year and ramping up to steady production in mid 2023.

It is also aiming to become the lowest greenhouse gas emitting SoP producer in Australia by proposing hybrid power using solar and possibly wind to generate a base-case 44pc renewable energy supply, increasing to 60pc through a battery storage system.

With China a major SoP producer, but about a quarter of its current production via Mannheim conversion of Muriate of Potash (MoP) to SoP under threat from its promise to be carbon neutral by 2060 and with tightening environmental regulations in Europe, low carbon emissions production of SoP is seen by APC as a major global marketing advantage.

SoP fertiliser competitors, SO4 Ltd at Lake Way near Wiluna and Kalium Lakes Ltd at its Beyondie project 160 kilometres south-east of Newman, expect to begin commercial production in the June and September quarters respectively this year.

They are on target to become the first two companies to produce SoP fertiliser from solar-evaporated salt lake brine in Australia and to open up a new fertiliser export industry for WA.