Chris (Desi) Toohey is a senior agronomist with Elders in Albury.

One of the biggest issues facing livestock producers is keeping stock fed during the winter feed gap.

Chris (Desi) Toohey is a senior agronomist with Elders in Albury and has been recommending ProGibb SG as way to effectively increase grass growth and feed quantity during periods of reduced winter pasture production.

Visual responses can often be seen in seven days although maximum dry matter production does not occur for three to four weeks. Commercial demonstrations have shown increases in dry matter ranging from 30 to 60 per cent.

Additionally, Milk processors across Australia approve the use of ProGibb SG as a farm input as no residues occur as a result of using ProGibb SG.

Desi tells us that he first came across ProGibb some ten years ago. Having been impressed by the trial work he had seen, he decided to give it a go and has been recommending it ever since.

"There wasn't a great need to recommend it last year, with lower stocking rates from the previous two years drought and therefore an abundance of feed from a great autumn that couldn't all be utilised," he said.

"We had a mild winter and reduced stocking rates in areas of our districts due to drought management.

"Now that the rains are back, and producers are restocking I can see a good fit for it over the coming winter, particularly if it's a traditional cold one." 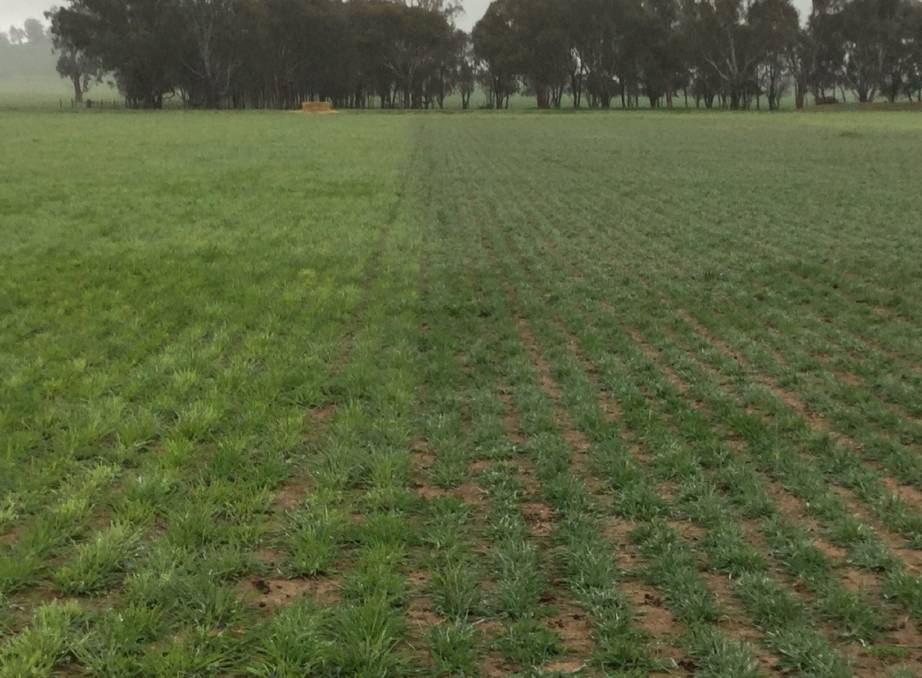 Holdfast GT phalaris and Sub clover mix treated with ProGibb SG on the left vs untreated on the right. The photo clearly shows the increased feed produced by a ProGibb SG application.

Desi is mainly recommending it into Phalaris, Cocksfoot and ryegrass pastures which dominate the perennial grass pasture base in his area and he is regularly seeing biomass increases of over 20 per cent.

One of the things he likes is that it is compatible with a wide range of herbicides and fertilisers so it can fit in well with previously planned pasture management operations.

"I had a client with a phalaris and sub clover pasture which was planted two years ago," he said.

"I recommended Progibb SG to help increase dry matter over winter and suggested that we leave an untreated strip in the pasture as a comparison.

"The difference was quite marked with the treated area producing over 30 per cent more dry matter within a few weeks. That client has been using it ever since."

We asked Desi what he tells clients who may be considering trying ProGibb SG for the first time.

"It's quite an easy discussion.

"When you consider the cost per hectare of ProGibb versus buying in extra feed or the potential it gives for increased stocking rates it is a well worth it," Desi said.