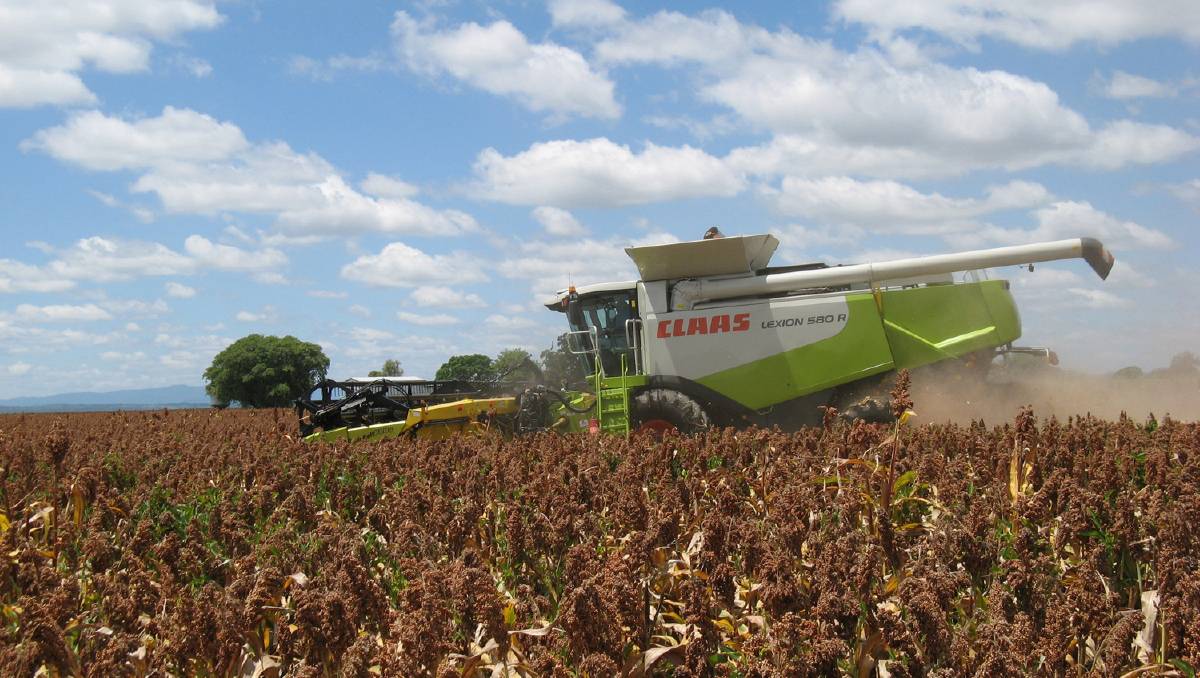 Mouse dropping contamination has put a dampener on harvest for sorghum producers, many who were enjoying higher than average yields.

There have been issues with mouse droppings contaminating recently harvested sorghum, while there has also been yield damage.

THE HORROR mouse plague through eastern Australia has hit the nation's summer croppers hard, both in terms of yield reduction and quality issues.

Some sorghum producers have had marked yield penalties due to mouse damage while there have been more widespread reports of contamination with mouse faeces in the harvested grain, meaning it cannot be accepted by bulk handlers or exported.

This is due to a zero tolerance for objectionable material, including animal waste, in Grain Trade Australia's official receival standards.

"If you took your sorghum to port, say to Brisbane, and it was knocked back it would have to come back and be cleaned and then taken back to port and with the nearest grading facility back towards Toowoomba from Brisbane you're talking a cost of $50 a tonne in freight and cleaning," Mr Taylor said.

He said farmers needed to be aware of the risk and if they were concerned there could be contamination to get it cleaned first.

"You're better off paying for seed cleaning at $15/t locally rather than freighting it to port, finding there's a problem, then having to pay freight as well as cleaning costs."

"There are some cases where growers have decided it is worth buying their own seed cleaning gear to combat the problem."

In NSW, NSW Farmers grains committee chairman Matthew Madden said there had been reports of both contamination and yield loss.

"Some growers have experienced up to 20 per cent in yield losses, which includes 100pc damage in patches."

He said anecdotally the Liverpool Plains had been particularly hard hit.

"It is only second hand but there are reports of farmers expecting to take off 1000 tonnes and only getting 100 due to mouse damage.

"That is an extreme figure and it is not verified but there definitely are bad patches out there."

Mr Taylor said the floods in Queensland through March meant mouse numbers were not so problematic in terms of yield loss.

Mr Madden said this was also the case in far northern NSW which flooded as well.

"The flooding seemed to quieten them down a bit but they are still a massive problem in the central west and the Liverpool Plains."

In terms of damage he said the mice had a clear preference for sorghum.

"There are some late mung beans still to be harvested but the damage does not seem anywhere near as severe as in the sorghum."

He said with the summer crop harvest winding down the focus now was turning to baiting of winter crop.

"We know we need to be vigilant and many are waiting until they have their bait ready before planting as there is a major risk of mice eating the sown seed out the ground causing major damage," he said.

Mr Taylor said the focus was currently on taking off sorghum but said people were also aware of the risks with the winter crop.

"We don't have the numbers they have seen in NSW but we are still taking care in regards to winter crop planting and assessing mouse numbers beforehand to see if there is a need to bait specific paddocks."

In terms of the cost of cleaning out the mouse faeces he said he sympathised with those incurring extra costs but said it was a critical step.

"We need to be able to offer Australian grain to the world market according to the standards," he said.

"Given the trading climate where we've seen some trades stopped on various phytosanitary grounds the last thing you want to do is not clean up an issue like this straight away."

He said the contamination had occurred when the mice had climbed up the stalks to eat the emerging head with the waste sticking to the grain.