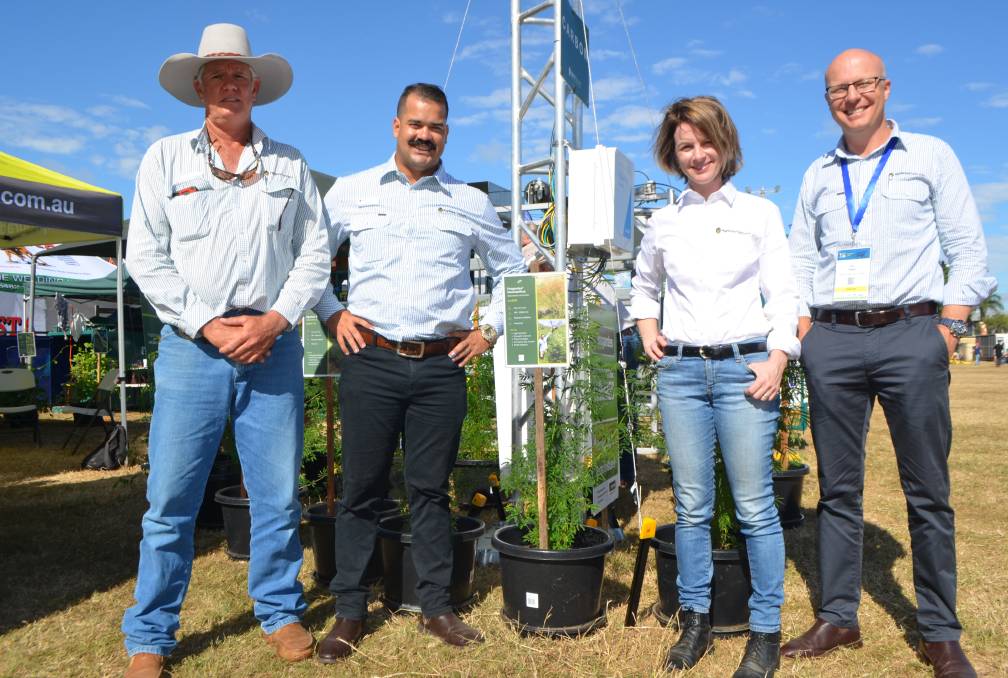 The many benefits provided by Agrimix Pastures' Progardes Desmanthus are capturing the interest of graziers across the eastern coast of Australia.

Interest continues to grow for Agrimix Pastures' range of Desmanthus pasture legumes known as Progardes, which increases soil fertility, puts nitrogen back into pasture lands, helps with other biomass growth, and in itself is a highly palatable, high protein plant for cattle, driving significant live weight gains.

The Agrimix team were at Beef Australia in Rockhampton where they highlighted these benefits to visitors across the week.

"Sales last year were double the year before, and we expect them to continue to grow as the performance of Progardes receives more exposure and becomes better understood," Mr Sawley said.

Progardes has a long and fascinating history.

"In the 1980's CSIRO had a pasture improvement program where they scoured every corner of the globe for the best legumes to get soil fertility and nitrogen fixation back into the millions of hectares of pasture lands, particularly across eastern Australia," he said.

One of these was Desmanthus, which originated in Mexico and South America, and was highly adapted to conditions in Australia, especially lower rainfall areas with high clay content soils. CSIRO brought them over and did trials, however the program was shut down.

In the early 2000's, Chris Gardiner from James Cook University (JCU) - who developed the cultivars in the Progardes blend - went back to many of the old sites and saw that Desmanthus had persisted and was still growing well even after decades of fire, flood, drought and grazing.

"Desmanthus had, in essence, self-selected themselves for application in Australia," Mr Sawley said.

Mr Gardiner took samples and seeds back to a nursery and began breeding from those self-selected strong varieties.

Around 2008, together with JCU, he teamed up with Agrimix Pastures' Nick Kempe as they were looking for a commercial partner.

At that stage Mr Gardiner had developed five varieties that were showing great performance in difficult areas right up and down Qld, the NT and northern NSW. A further four varieties have since been developed, totaling nine varieties that have each been granted plant breeding rights

"The last 10 years have been about proving their performance across various parts of eastern Australia.

Mr Sawley said more than 100,000 hectares of Progardes has now been planted.

It's gaining a lot of interest as we can now show that it consistently provides good weight gain in cattle, and soil fertility increases, assisting pasture growth.

"It also provides a methane reduction effect with cattle, a co-benefit that can contribute to the sustainability of the red meat industry."

He said Progardes is a tap rooted legume, so as well as delivering nitrogen the roots go down more than a metre providing excellent drought resilience. 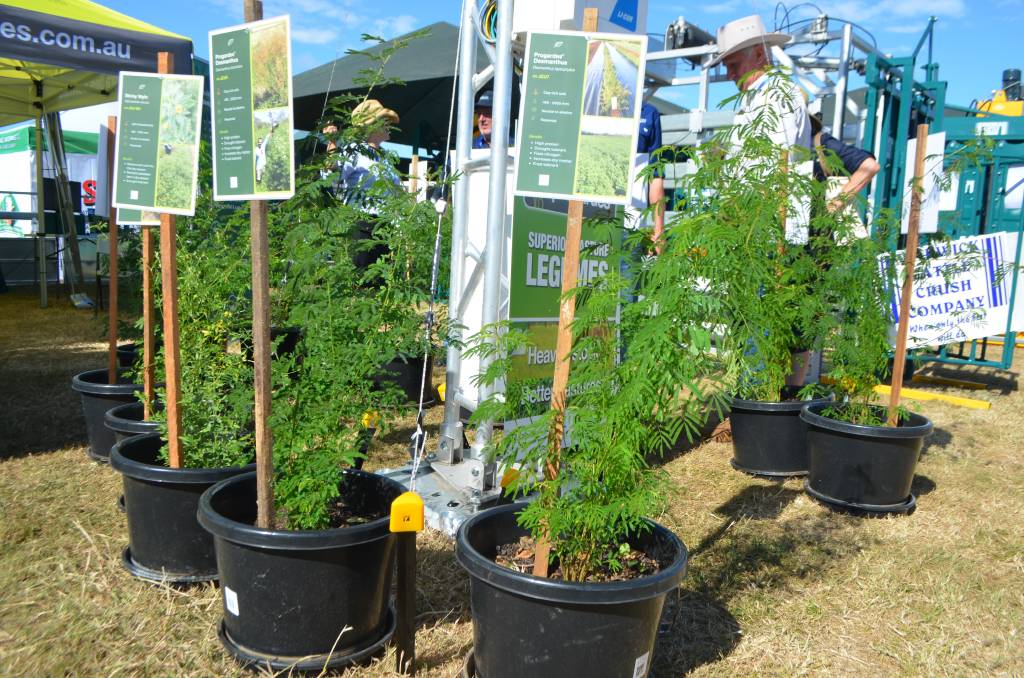 The Agrimix Pastures Progardes Desmanthus range on display in Rockhampton at Beef Australia 2021.

"Over the last few years in which drought has been a real problem Progardes has really persisted."

There are now nine cultivars of Desmanthus in the Progardes blend, and there are three main blends comprising a few species each.

"There is one for coastal areas, another for cooler climates and the main blend which covers all of the black soil country west of the Great Dividing Range and into the NT where heavy clay soils are prominent."

Mr Sawley said the plan now is to continue to grow the planting of the various blends into the most suitable areas.

"We're at a really good ramp up rate in terms of people wanting to plant it.

"The focus for us for the next couple of years is to be able to grow enough of the seed to supply the accelerating demand from graziers.

He said Agrimix is focused on nature-based solutions for improving pastures, plants and grazing outcomes for graziers.

"We're now working on other types of legumes over and above Progardes Desmanthus, which we're expecting to bring to market in the coming years, which will allow for the additional benefits of legumes and nitrogen fixation to soils that aren't suited to Progardes."

"Putting more nitrogen into the soil promotes other biomass growth, and the more biomass and plant growth you have the more carbon you have going into the soil.

Mr Sawley said graziers can capture the beef output, but capturing the value of soil carbon is difficult especially in grazing lands with lower rainfall.

"To help with this we're working on tools to allow them to benefit from the hard work they put into improving the soil fertility and biomass growth by monetising the soil carbon."

This article is sponsored content for Agrimix Pastures. For more head to www.progardes.com.au

The story A top option for the dry first appeared on Queensland Country Life.