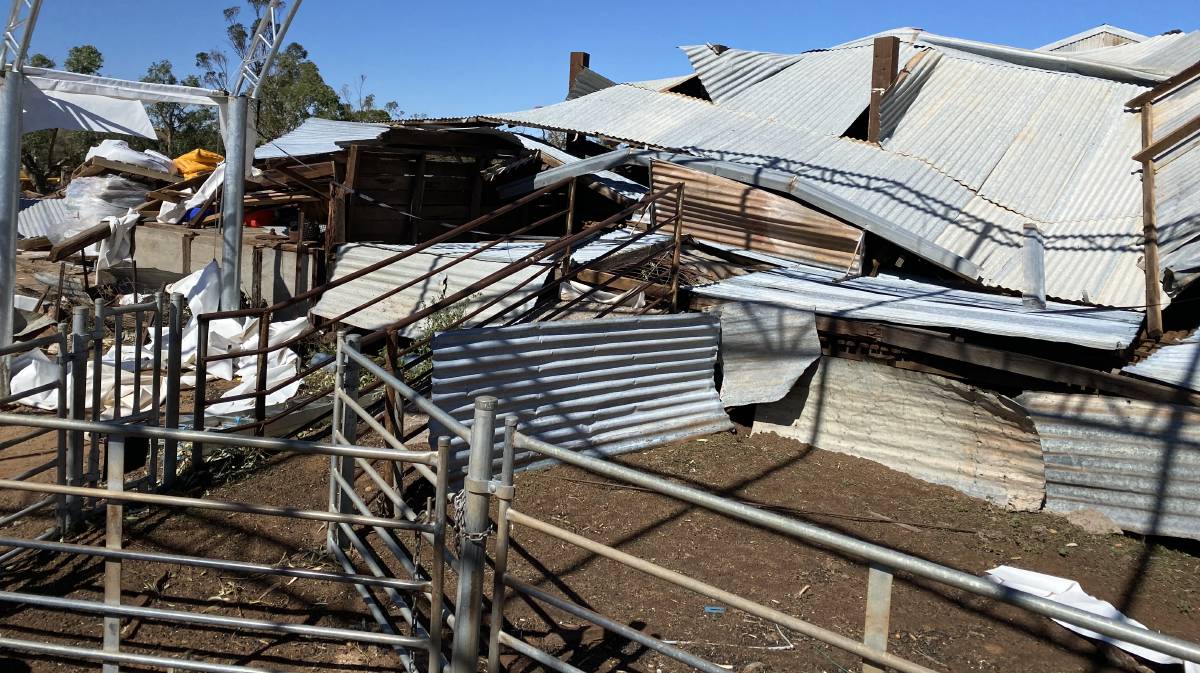 Jessica Horstman from Mulga Springs Poll Merino stud, in Northampton, said she had never experienced anything like it with 61 millimetres of rainfall hitting her property at the time.

Ms Horstman said the cyclone had severely damaged their main shearing shed and wrote off several other sheds, as well as about 10 kilometres of fencing and two dome shelters.

She said she first started noticing the damage at 9.30pm when fences started to fall down and the doors of the patio were ripped off, but the main part of the cyclone didn't reach them until 10.30pm.

"After the main part of the cyclone had passed and we were in bed, our ceilings started falling in because of the water damage," Ms Horstman said.

"We didn't know it at the time but some tiles had blown off, the rain came first, then it got really heavy and water started dripping in on our ceilings and coming in the windows, the gutters couldn't cope.

"We didn't hear the major damage and our machinery shed is only 20 to 30m from the house.

"The annex of that flipped over on top of the main part of the shed, we didn't even hear it, that's how noisy the wind was."

Fortunately, no farm machinery was damaged, except for Ms Horstman's car, which she had left in front of the header. 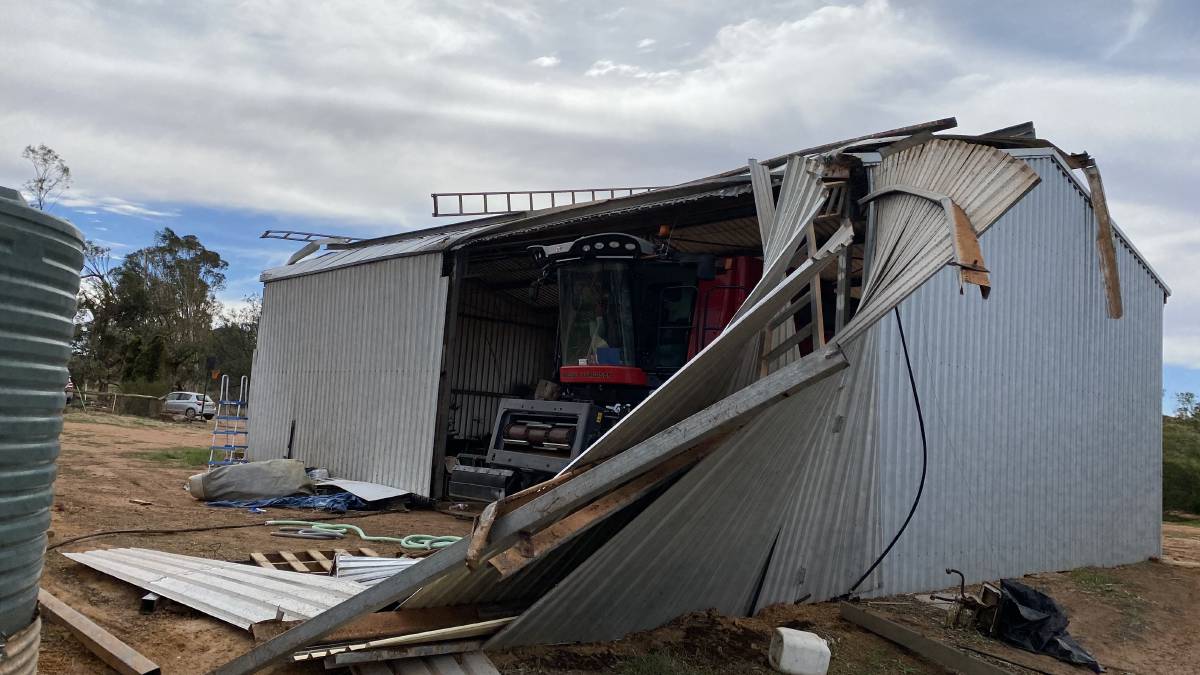 She said the cyclone claimed only one sheep, with the rest of the livestock accounted for, albeit mixed up.

"I think there would be a few sheep abortions that would have happened that's for sure," Ms Horstman said.

"I did see a few ewes in the days afterwards with after-birth and we aren't due to lamb until the end of May.

"We have not long preg testing and split the ewes up into multiples and singles and a lot of them are mixed up now."

Ms Horstman said damaged fencing was a massive issue and the shearing shed was "cactus" and a "complete write-off."

She said she was madly trying to get quotes together to fix the shed ahead of shearing in October.

"I know there have been so many sheds damaged.

"Some people I have spoken to have said it may not even be worth keeping sheep, if your shed has been damaged and you have $100,000 of fencing to fix, well when is that going to get done?

"You may as well get rid of them all.

"But the thing is when people start to do that you wonder if they are going to get back into it - that's the big thing I suppose."

Ms Horstman said she was thankful for the assistance of BlazeAid, volunteers and other people in the community, who had been lending a helping hand with the clean up.

She said at the moment it was a matter of getting fences and branches out of the way of the seeding gear and ensuring damaged fences were fixed. Cyclone Seroja severely damaged the main shed at Mulga Springs and wrote off several others.

"As well as the wind blowing fences over, a lot of rain falling in a short time rushed over fences and down waterways and flattened things," Ms Horstman said.

"We have been cutting trees off fences trying to work out, which ones are most important to shore up I suppose.

"You need to get that sorted out before lambing starts."

He said immediate issues, which had been reported, included managing livestock, starting seeding and completing normal day-to-day onfarm jobs while cleaning up the aftermath.

"Livestock have been getting out at night and we have had a few people say they have been receiving phone calls at night telling them their sheep are out," Mr Allington said.

"But they have no fencing or not enough fencing to even keep them in.

"I have also received reports that a lot of dry sheep have been sold, as it is easier to get rid of them than feed them, while trying to fix fences and keep them in."

Mr Allington said producers were trying to fix damaged fences and get feed to the remaining sheep.

He said, despite the challenges, the one saving grace was the rainfall that had come with Seroja.

"Now feed is growing and it has been a decent break to the season - that is a real positive from all of this.

"But, as I mentioned, there is still obviously all the extra work that comes along with a weather event like a cyclone including cleaning fences, picking up tree limbs etc."

Mr Allington said farmers should overfeed if necessary, as there was potential for "disastrous lambing" if ewes were underfed for the next month.

With the early break comes concerns around sheep health, as worm numbers are likely to develop quickly.

According to Mr Allington, this means producers could head into winter with a higher than normal worm burden.

"Just like a high ryegrass burden, this then becomes difficult to control," he said.

"Sheep farmers should expect their lambs/hoggets to now have a worm burden, so they should get them tested for faecal egg counts or drench pre-emptively."