Vegan activists have targeted Greek Orthodox Easter celebrations, which have a strong tradition of celebratory meals of lamb. 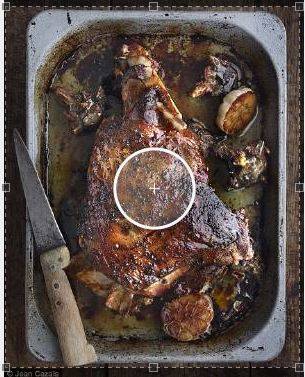 In Greek Orthodox households there is a strong tradition of eating lamb at Easter, which was the catalyst behind vegan activists protesting at an Orthodox church in Melbourne last week.

VEGAN protesters are reported to have targeted Greek Orthodox Easter celebrations in Melbourne in a bid to get the Greek community to eat less meat.

The protesters attended a late night mass at St George's Greek Orthodox Church in Thornbury on Saturday May 1 where a big crowd was in attendance to celebrate Greek Easter.

Meat, in particular lamb, is an intrinsic part of Greek Orthodox Easter tradition, with church-goers usually following mass with a bowl of soup with meat and a lamb on the spit on Easter Sunday.

The small crowd of protesters were reported to be Greek Australians and carried placards in Greek.

All reports said the protesters were not violent but the stunt angered some within the community who thought it was inappropriate given the importance of the occasion for the congregation, especially as they could not gather the year before due to COVID-19 lockdowns.

Many Greek Orthodox faithful fast in the lead-up to Easter, including time abstaining from meat products.