FOCUS: Some farmers are seeing second generation unemployment within their communities, despite having numerous labouring positions for locals to fill. Photo: Shutterstock.

A Bundaberg forum has heard locals didn't want horticulture work, even before COVID.

THIRD generation unemployment is plaguing a Queensland horticulture hub and the ripple effects are hindering the region's expansion.

That was one of the themes to emerge from AgForum 2021 held at the Central Queensland University in Bundaberg earlier this month.

The forum drew primary producers and agribusiness stakeholders to hear speakers on an array of topics including Asian trade opportunities, water best practice management and innovations, plus the support available for growing businesses.

But it was a panel session on the topic of "employment issues in the agriculture sector" which drew particular focus for both in-person and online viewers.

With a background of a reduced labour force due to travel restrictions not allowing working holiday makers to enter Australia, the panellists discussed what the situation on the ground looked like for producers. 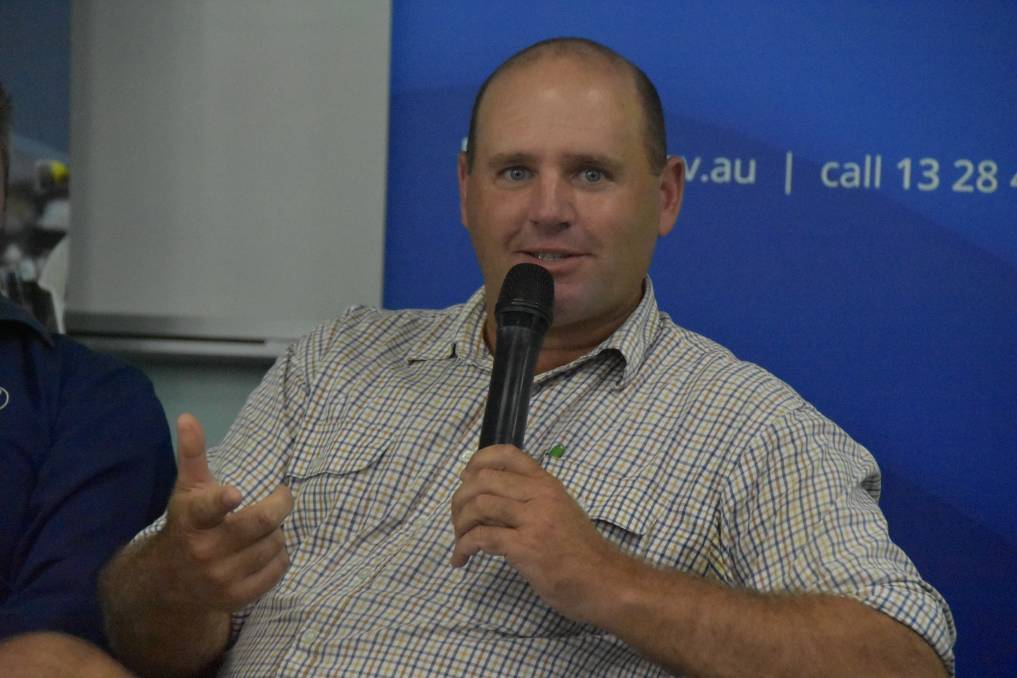 Ms Grima said the workforce, which the horticulture has largely come to rely on for picking and packing crops, was down to about 50,000 from the usual figure of about 200,000.

Eden Farms' Tom Redfern said his business has had about 400 staff over the past three years to replace about 30 roles.

He said even prior to COVID-19, he adopted a "locals first" policy for labouring jobs which proved "awfully hard work".

"Employing locals is not without its challenges, I can assure you," Mr Redfern said.

"The problems we see today started two generations ago."

"When you see two generations or three generations that have not worked ever, that know that dad and grandad have all just gone and got the dole, that's a serious cycle to break."

He said when there are young workers turning up who don't realise they need to bring their own lunch or that they only get 20 minutes for morning tea, there was a systemic problem within the community.

He commended the Bundaberg Regional Council and BFVG for their efforts in trying to counter the situation.

He said a typical situation would be to contact job agencies to provide local workers, from which about 12 would arrive.

"Three don't turn up, one leaves in an hour because she's scared of spiders... by the end of the week you may have one," he said. 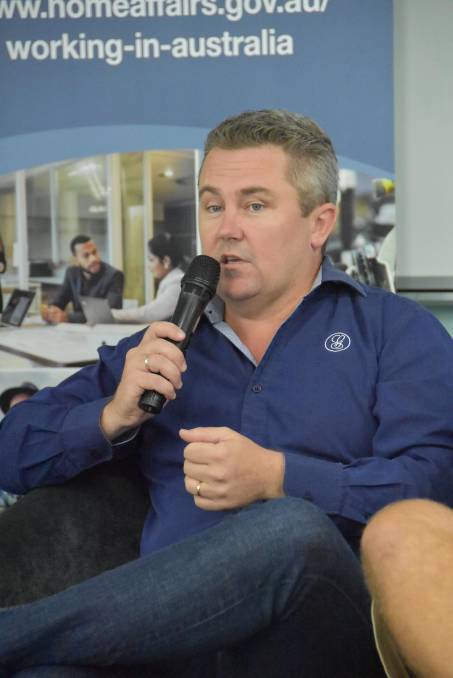 OPEN: Speaking at the AgForum 2021 in Bundaberg, Greensill Farming CEO Damien Botha says communication with employees is critical to maintaining a good workforce.

"That's not going to change in the course of one or two generations. That's a long term shift," he said.

On the same topic, solicitor Michael Waters gave a caution to those in the room based on his decades of experience in the sector.

"That lack of work ethic is going to come to a head. Bundaberg could be one of the wealthiest towns in all of Australia but we are really going to miss out on that if we don't fix that problem," Mr Waters said.

Mr Redfern said locals once argued that backpackers had taken their jobs.

"But in the absence of the backpackers, the locals haven't taken the jobs, so I think that's a real furphy," he said.

He said the work ethic and sense of responsibility has to start young with homework and chores.

GREENSILL Farming CEO Damian Botha said it had been an extremely difficult 12 months for the business, not only in actually finding labour but sorting out the regulations and red tape surrounding it.

He said there was a lot of complexity to the visa system, and COVID had added to that.

"There is so much for them (the workers) to understand and unfortunately a few of the different departments aren't always aligned and the timing of feedback can be quite challenging to," Mr Botha said.

In a positive outlook though, he said once the travel restrictions ease, Australia will present as a very attractive destination for many working holiday makers.

"It's been a really, really positive 12 months in so far as attracting people back to regional Queensland," he said.

Mr Botha said there should be a major focus on communication with employees, even before a job is given.

"The recruitment process is fundamentally where the start and finishing line is," he said. 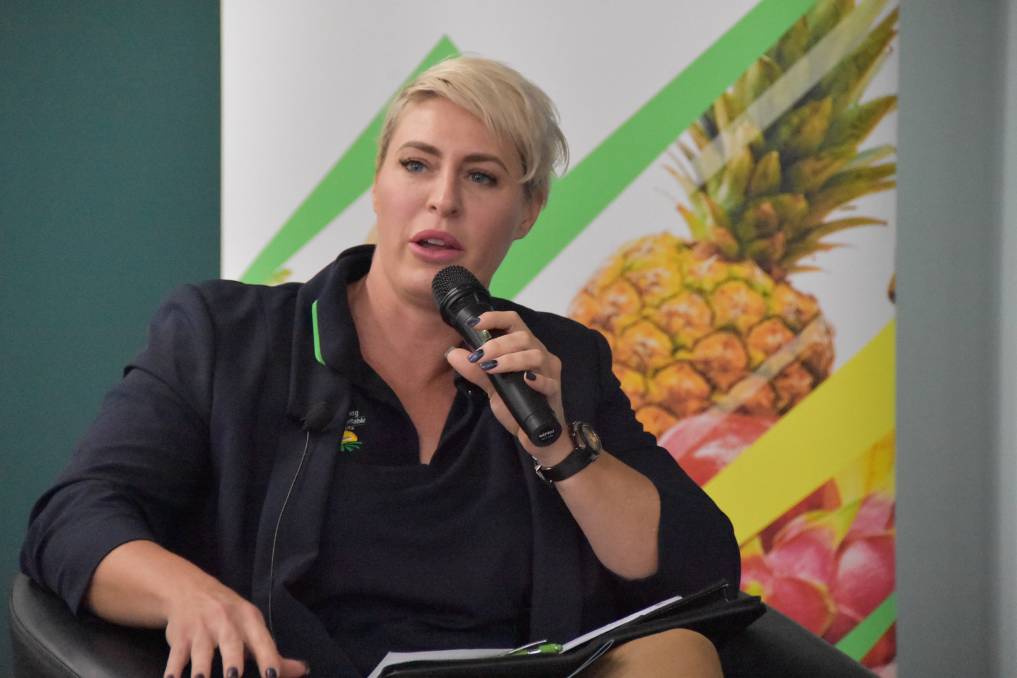 "We see they get made a lot of promises about growth and career but then it doesn't eventuate."

"You've got to give them understanding about the good, the bad and the indifferent."

"There is all that content that they need to be aware of."

According to Mr Botha, Greensill Farming has a good retention rate with employees once they have gone through a 12 month period.

The concept of workplace experience also had merit according to Mr Redfern who said if school children can be given four good working experiences on a farm before they leave school, they have a much higher chance of keeping a job.

MRH Lawyers' Mr Waters raised the topic of the Australian Workers' Union call for the rejection of piece-rate employment and a floor rate payment method.

Mr Waters said it wasn't necessarily something growers should be worried as efficient pickers should be embraced and rewarded.

"Piece rates are a part of horticulture and agriculture and employers use them to different effect," he said.

"If you've got people who don't want to be there, they don't belong on the farm."

Mr Botha said a shift was also needed in the way growers thought about workers. HIGHER: Speaking at the AgForum 2021, Bundaberg-based solicitor Michael Waters, MRH Lawyers says the wages within the horticulture industry have significantly increased over the past 20 years.

"We have to change in agriculture. We can't keep relying on labour like we have in the past and currently probably do," he said.

"What doesn't get forgotten about is coming to work and seeing people that you like to be around and talk with and all those sorts of things," he said.

Mr Botha said that could be seen practically at a farm level.

"It's about creating an environment that people want to come back to day after day. It's not rocket science," he said.

Ms Grima added that this tied into the overall view of safety being a high priority.

"Being an employer of choice is vitally important to ensuring the longevity of an industry and certainly one of the most important aspects is that our workers return home safely each and every night," she said.

"We are a heavily regulated industry and with good reason. Those rules and regulations are there to keep agribusiness, the employees and the consumers safe."

"Feeding the nation is what we do well and we will continue to do that."

DEPARTMENT of Home Affairs' Ms Lackmann said her department played a big role in border management but said there was a "gentle balance" between attracting workers from overseas and also monitoring those who are coming in.

She spoke about the Global Talent Visa Program (also known as the Global Talent Independent Program) which is a streamlined visa pathway for highly skilled professionals to work and live permanently in Australia.

Ms Lackmann said the program looked to attract the best and brightest from around the world.

The areas of priority for this program include medical technology specialists, engineering and education. 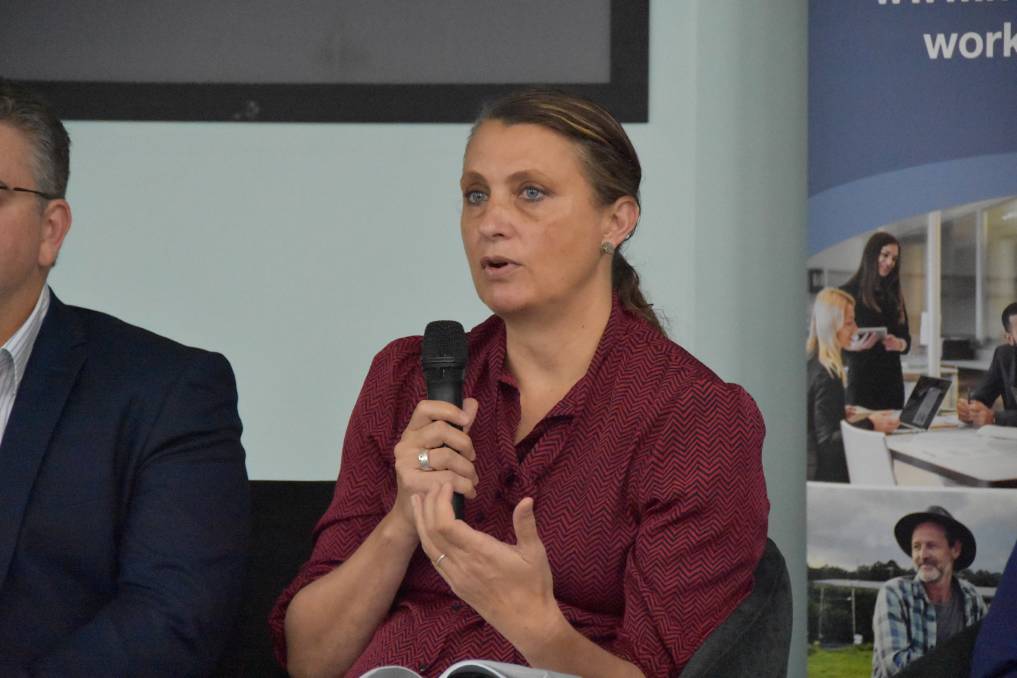 TALENT: Melissa Lackmann, Department of Home Affairs speaking about the Global Talent Visa Program which is a streamlined visa pathway for highly skilled professionals to work and live permanently in Australia.

"It's looking at that very top level of talent and looking at specific target sectors," Ms Lackmann said.

The National Skills Commission prioritises some professions such as health professions.

She said that while others skills remain active, they may not be processed as quickly as the priority sectors.

Skilled professionals are also in high demand within horticulture.

Mr Redfern said the business had recently put on a qualified agronomist specialising in greenhouse production.

"Finding that skilled person was very hard and retaining him is going to be very, very important for our business," he said.