BIG OUTPUT: South Australian farmer Simon May says his New Holland 1290 BigBaler has increased hay production on his farm at Balaklava by "at least two or three times".

A South Australian farmer has given a ringing endorsement of the performance of his New Holland BigBaler High Density baler.

Fourth-generation South Australian farmer Simon May is full of praise for the performance of his New Holland BigBaler 1290 High Density baler.

He says the baler boosted output "by at least two or three times" during its first season on his 2056-hectare farm near Balaklava.

"We went from a large 'four by four by eight' square baler to the 1290 BigBaler and there really is no comparison in terms of weight and throughput," he said.

"With the new high-density baler we were also getting the maximum tare weight out of the trucks leaving the field where previously we'd rarely get the full weight.

"It increases efficiency and saves time and trips to the processor as we're handling fewer bales for the same tonnage out of the field.

"It also opens up a larger window for baling as conditions don't have to be perfect and we can still produce decent bales in sub-optimal conditions," Mr May said.

Add the Loop Master knotter to those features and farmers had a machine that could produce bales up to 22 per cent denser across different crop types than conventional balers, he said.

In April Loop Master won the gold medal in the sustainable farming solutions category of the 2021 Edison Awards.

New Holland's BigBaler High Density range was also one of the attractions during "The Future of Big Square Baling" machinery demonstrations at the recent AFIA Fodder Festival at Victoria's Elmore Events Centre. 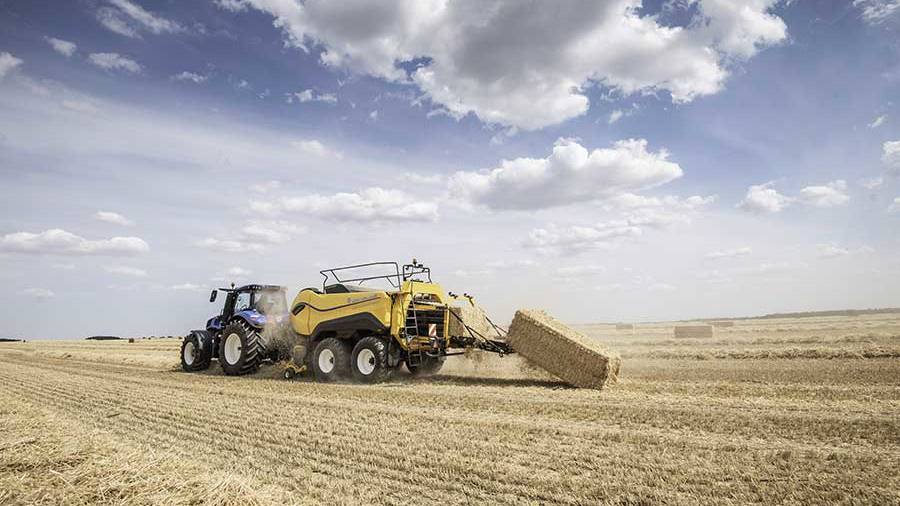 "Bale quality is key to delivering maximum productivity and minimum waste, so a robust knot is worth its weight in gold," Sune Nielsen said.

"The knotter secures the twine around the bale - if the knot is weak or breaks, then the bale is compromised and time, twine and crop are all wasted.

"The second knot is a loop style which is 37pc stronger compared with a standard knot. This results in up to 26pc increase in overall tensile strength for reduced breakages.

"At 4.05 metres, the BigBaler 1290 High Density's baler chamber is the longest in the segment.

"This is to ensure consistent productivity in terms of density and bale shape over the entire baling day even at the highest ambient temperatures.

"The loop knotting process eliminates twine off-cuts from being discarded in the field. A traditional large square baler makes an average of 10,000 bales a season and leaves behind six kilometres of twine off-cuts.

"Those off-cuts can end up in the bale which may be eaten by livestock or left in the soil or enter waterways.

"In contrast, the Loop Master system leaves nothing behind, thereby protecting the environment as well as improving animal fodder quality."