Chart 1 when grains around the world are harvested each year.

THIS period of the year is when the northern hemisphere crop is either growing or harvested.

It is a time when there is great uncertainty.

The crop can improve and become a bumper, conversely, it can deteriorate.

If it declines, then look for excitement in the grain markets.

Chart 1 provides an illustration of when grains around the world are harvested each year.

A question we often receive is "what does this seasonality mean for pricing?".

It's worthwhile looking into when the peak and troughs are for the wheat market.

Grain producers should be thinking strategically regarding their selling.

That should at least include understanding the futures market and its impact upon pricing, even if not using derivatives to market your grain.

We have found many times when the market rallies but quickly loses its steam.

At times a concern can drive the market, pushed by speculators, and then find that the problems were overdone.

Where has the peak been? 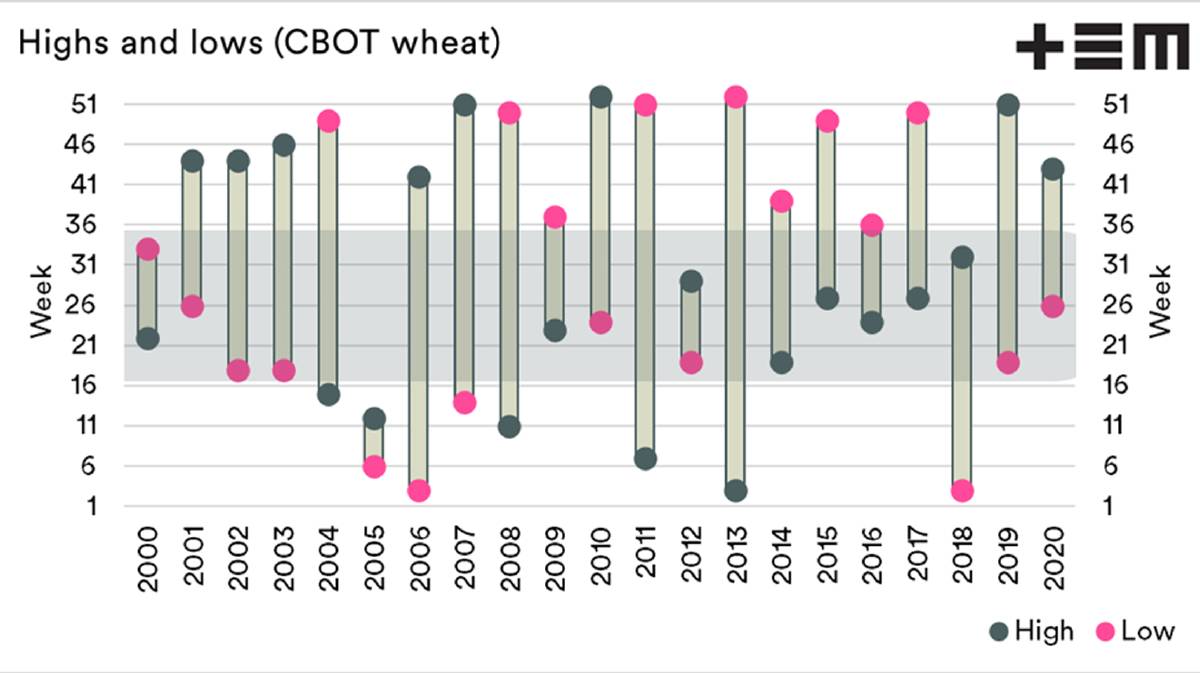 The peaks are shown as a grey circle and the lows as a pink circle.

Throughout the majority of the period since 2010, the peak has been during the middle of the year.

The past two years have reversed this trend.

Notably, the lows, have trended over the past decade towards the end of the year.

It is also worthwhile looking at the longer term. 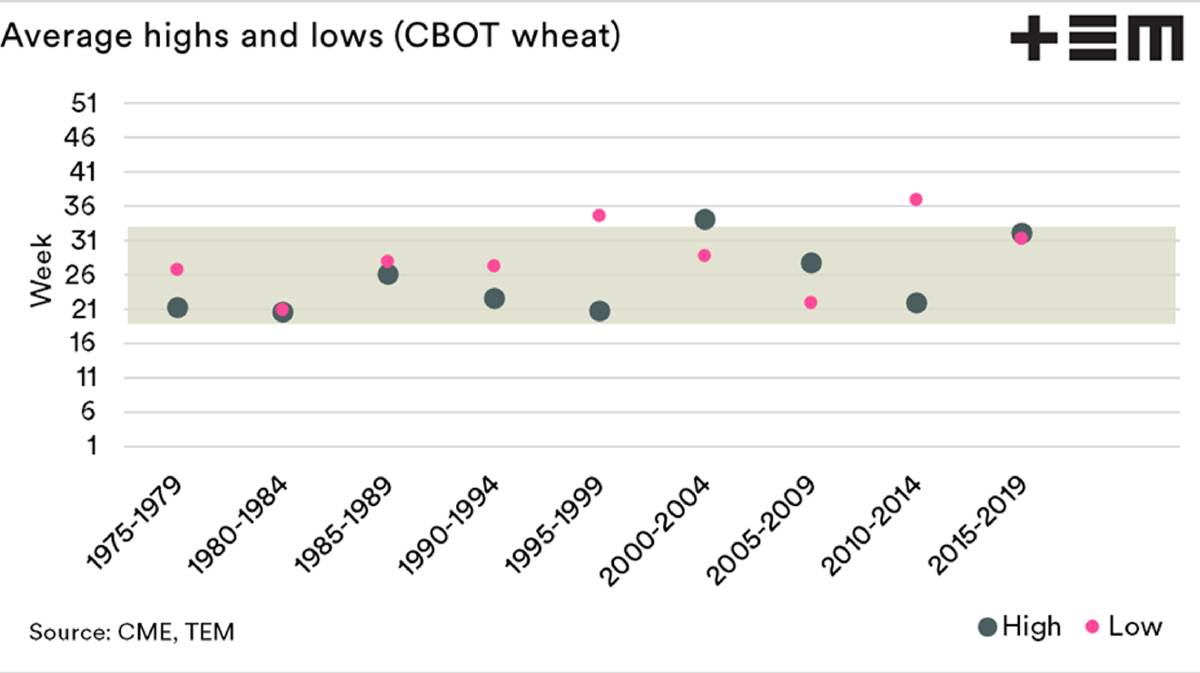 Chart 3 The highs and lows for CBoT wheat (spot) in five-year averages.

This data is displayed in five-year blocks.

On average, the peaks (and troughs) tends to be located in the middle of the year between June and August.