Plagues just don't seem to happen as much anymore. 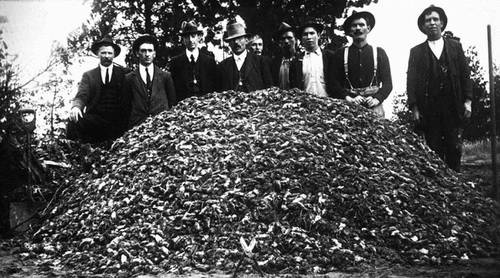 THAT'S A PLAGUE: Tons of mice trapped over four nights in Lascelles, northern Victoria back in the day. During World War 1 it was estimated the mouse population of Lascelles was more than 100 million or 1500 tons. Picture: Museum of Victoria.

Fancy dress competitions were a big thing in my small town in my youth.

One memorable entry came from my aunt.

"Mince pies," read a little sign around my cousin's neck.

He was carrying a tray of the "pies".

The thing was, my aunt had mostly rubbed out the "n" in mince, or had the letter silhouetted.

Yes, you have it.

They were mice pies.

Rows of dead mice on a baking tray with ropes of cooked pastry across the top.

I suppose she used her oven to produce the treat for the judges, I never asked.

It didn't win, as I remember, but it did produce a lot of laughs.

Mice plagues were commonplace when I was growing up on the farm.

That's why this plague is so shocking, they just don't seem to happen as much anymore.

It seemed as though every time there was a good harvest, a plague would follow.

Bulk storage might have sorted that a bit, the wheat bags never fared very well, the barns on their stilts were soon overrun.

If it wasn't mice, it was grasshoppers.

It seems most country folk, especially us older types, have a horror story to tell about plagues.

It seems we are going to have a whole new generation of people telling stories about plagues.

I used to sleep in what we called a sleepout - it was basically a room made of chipboard on the verandah of the farmhouse.

The mice used to chew through the wood near my ear at nights and I would staple them with an ordinary stapler (take that PETA).

Yes, they ran over your body and face as you slept, they ran through your blankets.

You learned to sleep with your face scrunched tightly into the pillow. 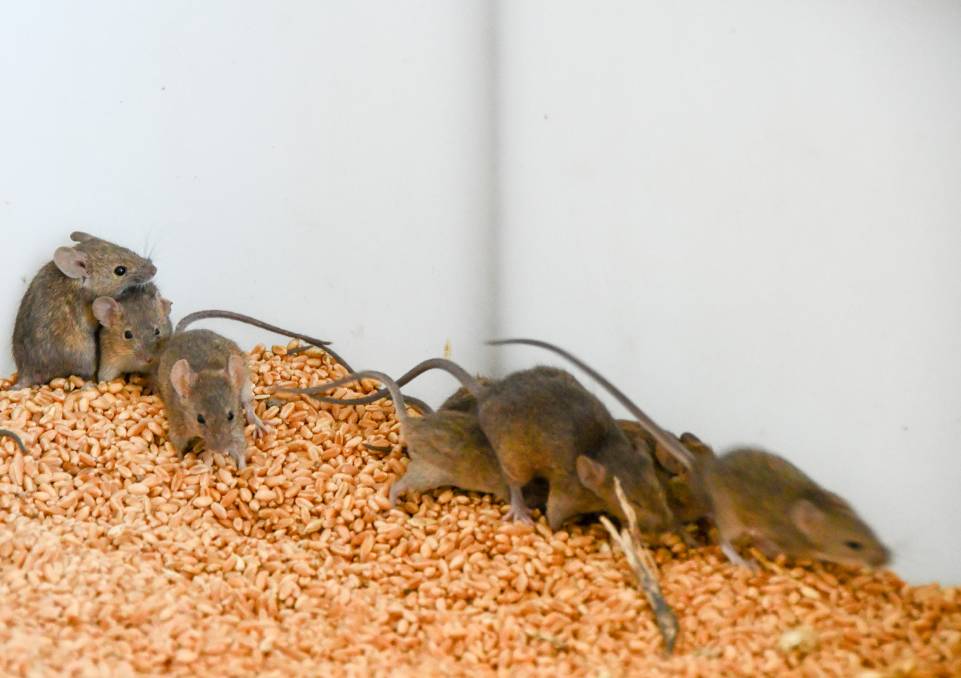 In a plague, there are so many you have to learn to live with them.

Plagues were kind of fun for a while as you thought up new ways to catch the mice.

Bottle traps were easily the best inside.

The base of the bottle was covered in a sock and the neck greased with butter.

With a crust of bread stuck in the top, you place it on a bench or table, weighing down the overlapping bit of sock or stocking, and the mice would charge towards the bread and slip off into a bucket of water strategically placed underneath.

Like the farm cats, it didn't take long to tire of worrying about catching them though, there were way too many.

You just learned to live with them.

But the smell, you never got used to that. I can still smell it.

I think I had turned up as Little Toot, a boat from a children's picture book.

My Mum had made one from cardboard boxes covered in colourful paper tissue which I stepped into, she was extremely clever like that.

The mice pies were a bit much apparently.

I remember overhearing one lady saying it shouldn't have been allowed.

She deserved one break from them on her day out, she thought.

Most of us kids got the joke easily enough.

As farmers, my parents did very well when they built an intensive piggery, before feed prices blew out.

They were able to build a new brick farmhouse.

Up the very top of Mum's list was a house which was more secure than the biosecurity lab at Geelong.

She wanted to keep the dust storms out for sure, but mice were public enemy No. 1.