The wait for the much hyped bromadiolone mouse bait to gain an emergency permit continues but double strength mouse bait is being produced. 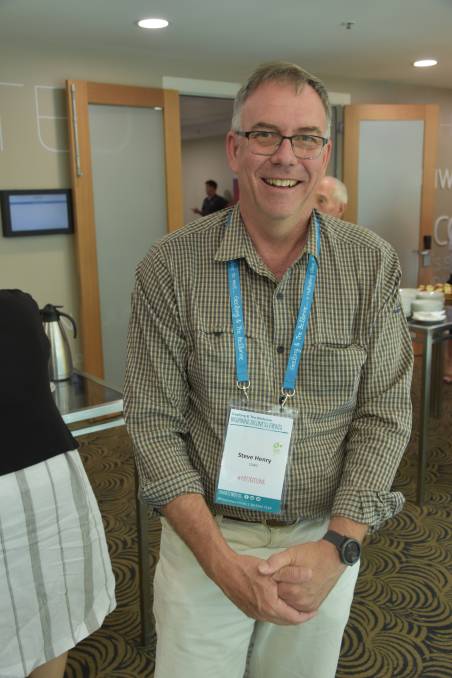 AS THE NSW government continues to pursue its goal of registering the anti-coagulant rodenticide bromadiolone for broadacre use via an emergency permit from the Australian Pesticides and Veterinary Medicines Authority the successful applicants for another mouse bait emergency permit have said their product will be available to growers shortly.

Grain Producers Australia chairman Andrew Weidemann said the double strength zinc phosphide that his organisation was recently successful in gaining an emergency permit for would be available to growers shortly with manufacturers busy producing the bait at present.

"There is no harm in looking at bromadiolone but the facts are that it is not registered, the registration will take time and we have already have a product that works that will be available," Mr Weidemann said.

"The trial work has been done and we're confident it's going to do an excellent job when compared to the zinc phosphide previously available," he said.

His comments were backed up by mouse researcher Steve Henry, CSIRO, whose work, partially funded by the Grains Research and Development Corporation, provided much of the evidence for the GPA application.

"We know a lot about zinc phosphide at the 50g/kg rate, we've done the research in the lab and we're ready to take it out into field trials now that we have approval from the regulator," Mr Henry said.

"The risk of secondary poisoning is low and the trial data shows a real increase in its efficacy at double rates, up to 95 per cent in hungry mice and even in sated mice it is still at 70pc, so it will be very effective at treating the problem."

Mr Henry said the cost of the new zinc phosphide baits was unlikely to be prohibitive.

"It is a problem when you have to do multiple baiting programs but at $3-8 a hectare for each application it is nowhere near as expensive as some of the selective herbicides."

He said no matter what happened with the bromadiolone application zinc phosphide would work in well with farmers overall mouse control strategies, not least because it is available now.

"Farmers will be able to get their hands on it quickly, which is of paramount importance at this stage, so it's going to have a really critical role no matter what the APVMA decides on bromadiolone."

Mr Weidemann said zinc phosphide's mode of action had been demonstrated to be safe to other animals.

"Crucially it also has a proven safety record in terms of off-target toxicity."

Work needs to be done on bromadiolone, a next generation anti-coagulant rodenticide with an impressive mortality rate, will be similarly safe on mouse predators, such as native birdlife or dogs and cats.