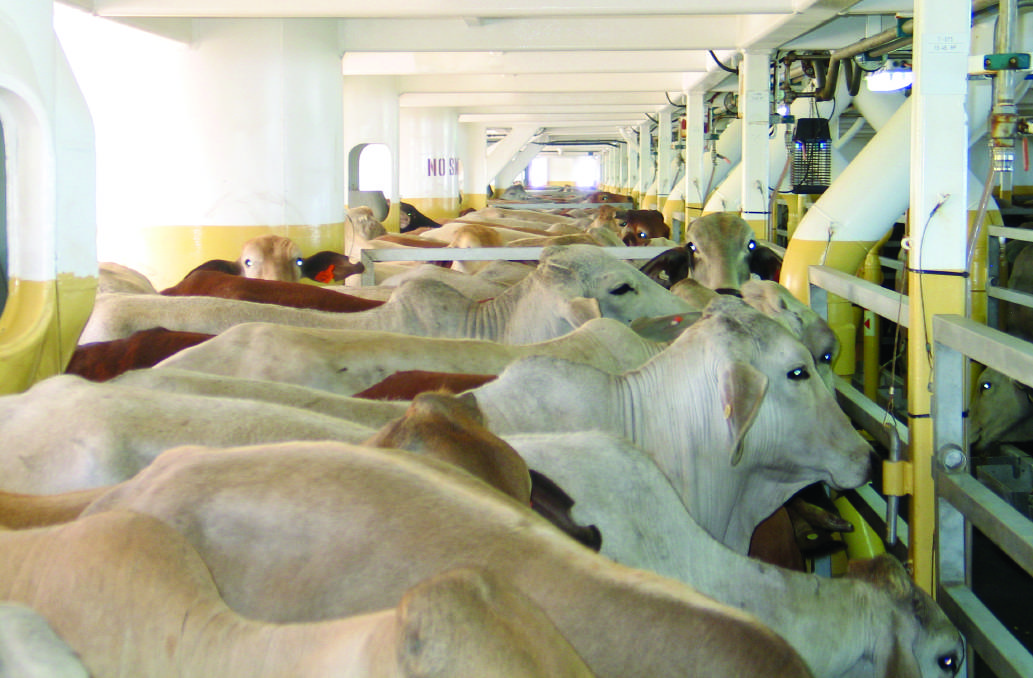 Live export businesses are unhappy with the increase in Federal government charges and want a breakdown of the fees.

Bloated department is subsidised by industry

WHILE the term 'Live Export' is a lightning rod for opposing opinions inside and outside the agriculture sector, the one thing that brings everyone together is the idea of a bloated, unsympathetic and archaic government bureaucracy and an unconcerned minister.

Unfortunately for the live export industry, along with all of the producers and small businesses that are part of the wider supply chain, a bloated Federal Department of Agriculture that has its minister in thrall is exactly what we are all facing.

And now the Minister for Agriculture, David Littleproud, expects us all to pay for the privilege by way of a 400 per cent-500pc increase in fees and charges.

This means an increase in charges by the department from the current $5 million up to $23m annually.

Neither the department, nor the minister, will show industry how this massive increase in fees and charges is being justified, other than to stand by their narrative that the new regulations brought on by the McCarthy and Moss reviews require this impost to be delivered.

Instead, exporters and Registered Premises (RP) operators are being told that a uniform fee structure will be applied across the board to each industry sector.

This is the exact opposite of an equitable "full cost recovery" model.

As an RP operator, our fees will increase from $5000/year to $21,000/year in two years without any explanation of what we are paying for given that we also must also pay for additional annual departmental services and other demands outside of that license fee.

For exporters, who are looking at in excess of $250,000/year for the privilege, it would be cheaper to pay for the annual wage of a departmental officer to work solely on their documents rather than accept the financial burden that the department is trying to have them swallow.

As the department proposes charging out their services at $600/hour, I wouldn't think that it's unreasonable for industry and individual operators to want to see a more forensic break down of the costs that are intended to be imposed on them.

Alas, there is no proposal from the department to recognise the ongoing, long term compliance from RP operators or exporters which ensures less departmental resources are needed to regulate it.

As is there is also no proposal for productivity or efficiency gains from the department on the back of these increased fees and charges.

The simple way to break this down is that we are now live exporting only 1.5 million head of livestock per year, regulated by a staff of 130 in the live export section of the Department of Agriculture, which will equate to about 11,500 head per staff member, costing $16 per head.

That cost is on top of the levies and charges already imposed by Federal and State governments at point of sale.

I don't think that you could be any further from efficient than that.

The live cattle export industry, from producers right through to end consumers, have just cause to be offended by the actions of the department and the minister.

In the wake of the Federal government imposed suspension of exports to Indonesia in 2011, the industry has delivered a global standard for animal welfare and compliance with Australian law (ESCAS) unprecedented anywhere else in the world.

These proposed new fees and charges are just nothing more than an industry-wide subsidisation of a bloated department, a new tax if you will, to prop up a failing bureaucracy full of activists that hate the very industry that they supposedly work for.

They are ably supported, and rubber stamped by a minister who is unwilling to recognise that his department needs to be completely restructured, with the deadwood cut out, to service an industry that has readily adapted to the regulatory and social license changes that have been demanded of it.