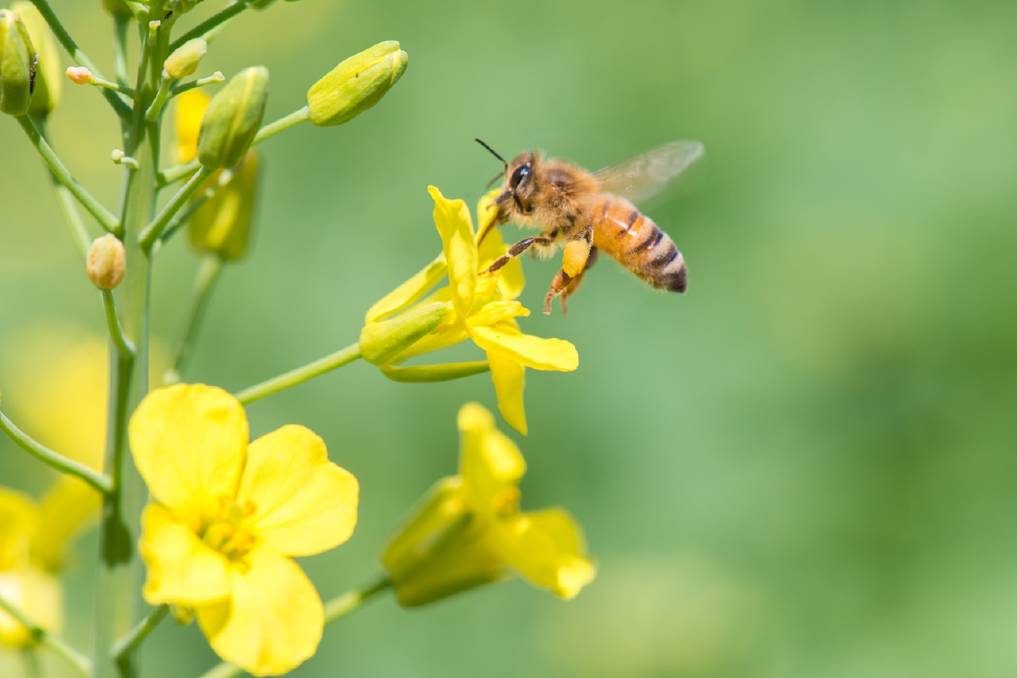 MainMan insecticide can be used over flowering and is not classified as toxic to bees.

Canola growers will have access to a powerful new insecticide for aphid control this season following the registration of MainMan 500WG insecticide in canola crops.

MainMan (500g/kg flonicamid) controls the three major sucking pests in canola - green peach, cabbage and turnip aphids. As the only Group 29 insecticide in Australia it provides a new mode of action in canola to control aphids resistant to other insecticides.

UPL Australia's head of marketing and business development, Ian Cass, said they were delighted to have MainMan registered in time for this season.

"It offers canola growers and agronomists an effective new mode of action that can be used in rotation with commonly used Group 4 insecticides."

MainMan acts by disrupting the function of chordotonal stretch receptor organs, which are critical for the senses of gravity, balance, awareness of the position and movement of the body.

Due to its novel target site, MainMan shows no cross resistance to pyrethroid, neonicotinoid, sulfoxaflor, pirimicarb and organophosphate insecticides.

"The unique mode of action is fast-acting and effective whilst also allowing for true rotation to manage aphid resistance, making it an excellent fit for IRM programs in Australia," said Mr Cass.

MainMan has been used extensively in Europe, Japan and Brazil for over ten years with no indication of aphid resistance reported.

Mr Cass added that the other key defining feature of MainMan was the application window in canola, allowing for use up to end of flowering BBCH 69 stage.

"MainMan can be used up to the end of flowering in canola," he said.

"It is not classified as toxic to bees."

However, as it may have adverse effects on honeybees for a short period after application, if applying during flowering, it's advised to spray in the early morning or late evening when bees are not foraging.

"MainMan is very specific to the Hemiptera Order and so a wide range of tolerant predatory insects will be preserved, thus contributing to overall pest control," Mr Cass said.

A systemic and translaminar insecticide, MainMan works via contact to the aphid but mainly by ingestion, with aphids ceasing feeding within 15-30 minutes after ingestion. It is active on both nymph and adult stages of target insects.

"We believe that MainMan will provide canola growers and agronomists with a very flexible tool for aphid control," he said.

"There are no restrictions for applying in cooler weather as MainMan has been proven to work in temperatures from 5C to 35C."

He added that it is also rainfast in three hours, can be applied by air or ground application, and is compatible with most common mixing partners. Please contact your UPL representative if you have any question regarding compatibility.

MainMan insecticide will be available from all good agricultural retailers for the 2021 Canola season.

"Having a new, effective and unique mode of action available to control aphids in canola means that Australian growers will have more products to rotate to when controlling aphids."

The story Next generation aphid control available to canola growers first appeared on The Land.