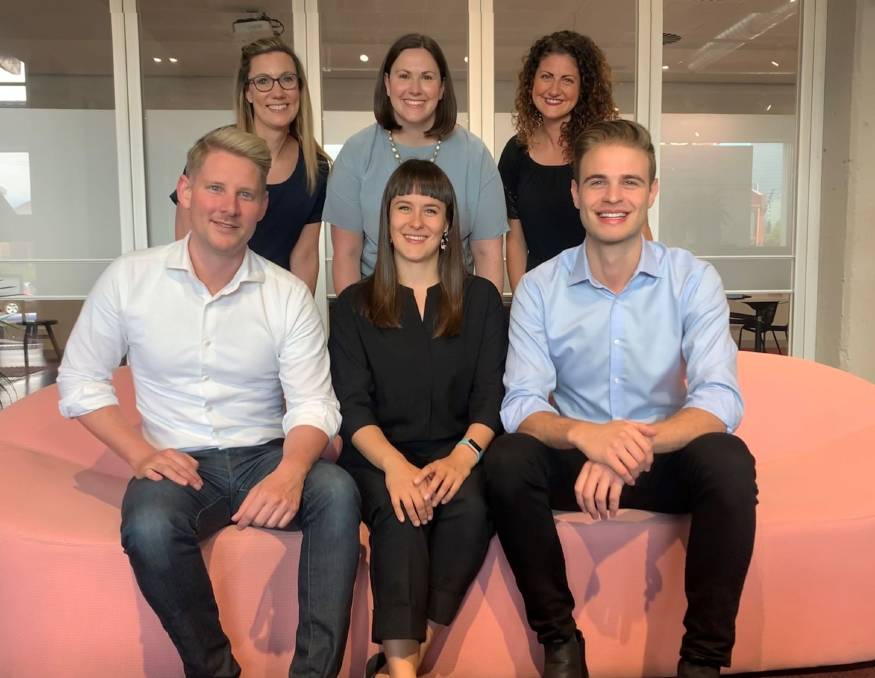 The group at the centre of claims it has Australia's red meat industry in its sights denies it is staffed by anti-meat activists.

The group at the centre of claims it has Australia's red meat industry in its sights denies it is staffed by anti-meat activists.

Food Frontier, a not-for-profit "independent think tank" based in Melbourne, has defended its work after last week's attack from the Red Meat Advisory Council over an alleged bias.

It is expected Food Frontier's credentials will be questioned at a Senate estimates hearing which was to be held in Canberra this week but hasbeen delayed.

A FSANZ spokesman said it was the first time for two years the regulator had been asked to appear and was the reason it had postponed a webinar scheduled for this week featuring Food Frontier's leaders.

FSANZ is expected to be asked why Food Frontier had been invited to lead the webinar when labelling of plant-based foods as meat was such a contentious global issue.

Food Frontier bills itself as an "expert advisor" on alternative proteins such as as plant-based and cellular products.

Food Frontier founder and chief executive officer Thomas King said: "To be clear, we still frequently acknowledge that reducing reliance on systems of industrial animal agriculture will be essential to feed populations globally into the future."

It has joined plant-based "meat" companies in Australia including Sanitarium, Proform Foods, v2food, Rogue Foods and Nestlé Australia, along with the US's Impossible Foods on the Alternative Proteins Council.

Impossible Foods has come to attention after publishing a job advertisement looking to recruit a Australia/New Zealand general manager guided by the company ethos - "The easiest, if not only, way to make our civilization sustainable is to eliminate livestock, the most dangerous technology on earth". 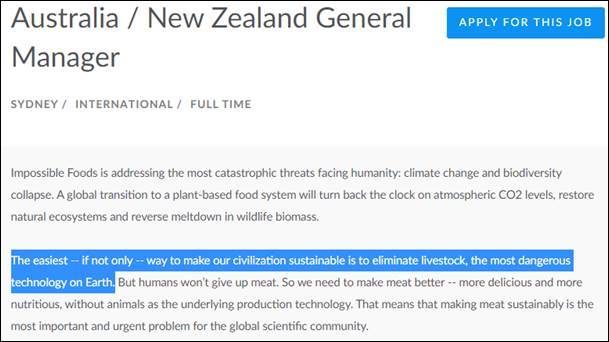 "Impossible Foods' mission is to completely replace the use of animals as a food-production technology by offering consumers everything they currently value about animal products ...," the job ad reads.

Food Frontier's chief executive officer Thomas King said his group's work was "far from activism", as evidenced by its reports, partnerships and events "with top agricultural, economic and science authorities".

In response to the Impossible Food's job ad, Mr King said: "If we only ever worked with organisations that view the world exactly the same way as us, we wouldn't be very effective in our efforts to facilitate conversation and collaboration across the entire agrifood supply chain."

Mr King said his team comprised a range of professionals - with backgrounds in horticulture, pork and FMCG (fast moving consumer goods) "who are driven to help our food businesses, agricultural producers and policymakers navigate the emergence of new protein industries, ensuring Australia's ongoing competitiveness in a changing global protein landscape".

"Many of our team are amongst the growing contingency of 'flexitarians' in Australia, whose food choices are increasingly informed by the extensive global evidence on the health and environmental impacts of overconsuming meat."

"Australia can develop profitable new protein industries that increase the overall value of our agrifood sector," he said.

"As such, Food Frontier seeks to help Australian farmers better understand the considerations and opportunities that emerging protein industries present.

"For example, the development of new supply chains like plant protein fractionation, which value-add agricultural commodities, will benefit many Australian farmers, including those with mixed livestock and cropping operations."

Questions had been asked over the removal of the following policy reference from Food Frontier's website in recent days which promoted - "reducing our reliance on industrial animal agriculture and aquaculture".

Critics of the group claimed the change was made because of the attention focused on the group over its now abandoned webinar appearance and tonight's Senate hearing.

Mr King said: "As an evidence-based think-tank, we evolve our messaging to reflect the latest and best information available - however like many small not-for-profits, some sections of our website had not been updated in a couple years.

"Following the completion of our major State of the Industry report earlier this year, our tiny communications team found capacity to begin implementing those updates - which will continue, irrespective of these recent attempts to flagrantly misrepresent our work."

Mr King said many expert groups including the UN Food and Agriculture Organisation, Intergovernmental Panel on Climate Change and the University of Oxford's Environmental Change Institute stated diversification of global protein supply with options that don't rely on livestock or seafood production would be essential to meet the protein demands of 10 billion people by 2050 with finite resources.

"Events like the Future of Foods webinar provide a space for open discussions about new food technologies, how they're developing, and the regulatory considerations they present for our market.

"And it's just one of many such examples enabling this important national dialogue which Food Frontier is a part of - across initiatives like the Future of Protein Forum, an alliance with NSW Farmers and the National Farmers Federation, and our many other direct engagements with farmers and farming organisations such as at Hort Connections, NSW Farmers and New Zealand AgriFood Week, among others."

Last week the council alerted the Federal Government to the upcoming webinar featuring Food Frontier, which was postponed the same day.

"Food Frontier's open partnership with a foreign company whose mission is to 'completely replace the use of animals as a food-production technology' is an open attack against Australia's 434,000 red meat and livestock workers," Mr McKillop said.

"There is no excuse for any taxpayer-funded agency (FSANZ) to support Food Frontier's assault against Australian farmers, livestock transporters, meat workers and butchers."