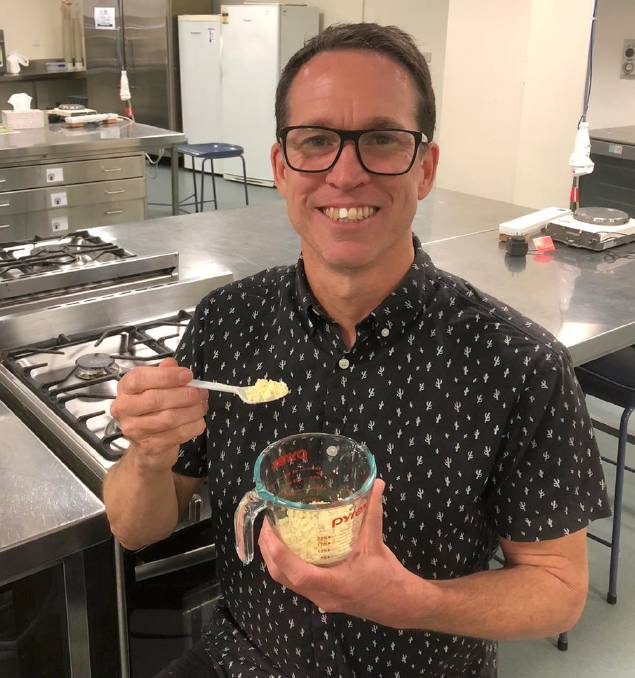 It marks the most significant milestone in the company's lupin project to date and is a major step towards confirming the commercial viability of using MLP across multiple plant-based food and beverage sectors.

WOA managing director Ben Cole said the research confirmed that MLP could be added to the company's oat milk product OatUP, which will increase the milk's protein level.

"This product would become an alternative option for consumers alongside traditional OatUP which is currently on sale."

The results also confirmed that the MLP can form a gel-like matrix using additional gelation mixtures, which can then be used to create plant-based yoghurt, cheese and mayonnaise products.

An early-stage yogurt product was created and initial taste tests are promising.

Additionally, udon, which are wheat flour noodles, were fortified with lupin protein, creating a ready-to-eat, protein-enhanced noodle that has a base formula that could transition into pasta products.

The noodles remained solid when boiled and the next phase of development is underway to produce a consumer ready gluten-free, low-GI (glycaemic index) noodle.

Dr Cole said as a result of the research, WOA had developed and launched plant-based protein balls which were now available to purchase.

"The protein balls are made using standard lupin protein, which does not require WOA's patented process to create WOA's Modified Lupin Protein (MLP) concentrate which will be applied to develop more complex food products," he said.

"The limited edition Oatein balls will have limited impact on revenue but demonstrate that WOA has successfully transitioned into selling a lupin-based product within a short timeframe.

"The company will now investigate other potential lupin products that can be sold in small batches."

The potential for MLP concentrates to form a stable emulsion gel matrices - a base for embedding meat-like fibres of plant protein for a plant-based meat - was also successful.

That gel can now be used as the base material for creating plant-based meat products with further development underway to create a plant-based burger for taste and nutritional testing.

"Additional meat alternatives such as plant-based sausage, chicken and mince will also be investigated in future research," Dr Cole said.

"Beyond Meat, Impossible Foods and Burcon utilise or manufacture plant-based proteins as the key ingredient of their current alternative meat range.

"With an increasing number of products becoming available in supermarkets globally, these products are being accessed by consumers as to their impact on climate change, animal-welfare concerns and potential health benefits they may have."

If successful in creating plant-based meat products in the future, WOA believes there are a number of promising attributes that could make the company's lupin-based products stand out at the point of sale.

Lupins are low GI, high in protein and dietary fibre, non-GM and gluten free, plus they also have a low carbon footprint, low water pollution and are an important component of regenerative farming systems.

During testing, it was confirmed that the MLP concentrate can become an instantly soluble powder, which can be used for protein enrichment in hot drinks or as a protein supplement for sports beverages.

As a result, the company will investigate if additional supplements and vitamins can be incorporated to create a plant-based protein powder for sports drinks.

"Developing these early-stage food prototypes was a critical step towards commercialisation, as it unlocks the possibility for global food manufacturers to develop and launch their own products using MLP as a key ingredient," Dr Cole said.

"Data from these results will be used for in-house consumer product development of oat milk and udon noodles and components such as flavourings and colours will be incorporated to produce a number of final products which could be sold to consumers," Dr Cole said.

"The research outcomes are also expected to reduce the time required for future product development work and the scale-up required towards commercial production of food and drink products for wholesale and retail distribution.

"WOA is also in the final stages of consideration to purchase pilot-scale food processing equipment for in-house development."