AgImports owner Tony Seabrook, York, said he had designed the 25 tonne capacity tipping bin to suit a whole range of options. It was used during seeding time this year to load the Simplicity cart in the paddock.

"It is very versatile because it can be used at harvest or seeding."

FARMERS looking for value for money in a three compartment tipper bin should look at the locally designed and Chinese manufactured AgImports range.

AgImports owner Tony Seabrook, York, said he had designed the 25 tonne capacity tipping bin to suit a whole range of options and "there had never been a time when I said it didn't do what we expected of it".

"For those who may need to be more careful with their finances, we have available an eight wheel Volvo with a brand new tipper bin, new hoist and subframe," Mr Seabrook said - which retails at about $66,000.

"It is very versatile because it can be used at harvest or seeding."

Mr Seabrook said he designed and built the first trailer on the farm about 10 years ago and went to China with the measurements where it was tweaked - "and away we went".

"It is very versatile and simple to use," he said. 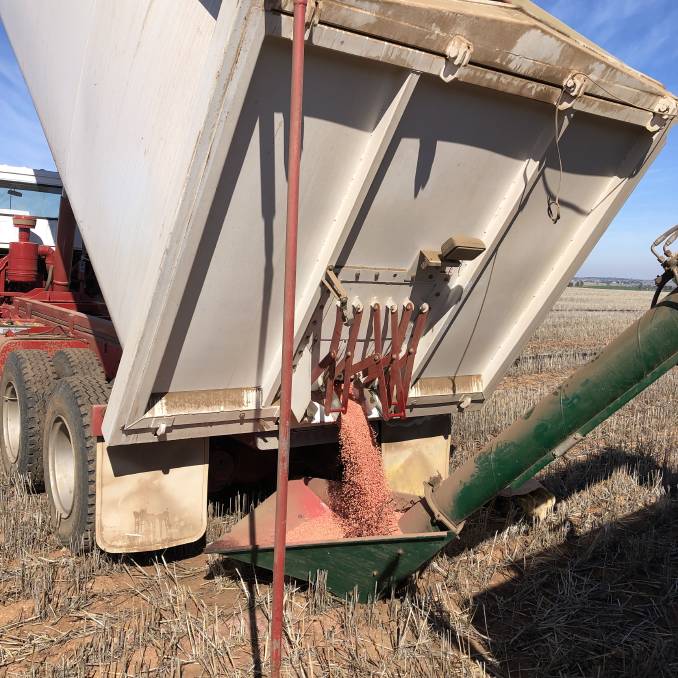 Wheat being discharged into an auger hopper from one of three doors in the rear of the AgImports three compartment tipping bin.

The three compartment tipper bins allow different products to be transported at the same time - and via one of the three doors at the back discharged into the air seeder's auger hopper.

He said supply from China was becoming an issue due to a lack of available containers, but there were still three locally available - two on trucks, a 6 metre and a 6.3m, and one ready to be fitted onto a farmer's truck - a 5.8m.

It also comes with a roll tarp.

Mr Seabrook captured photos of it in use on the farm during seeding this year. 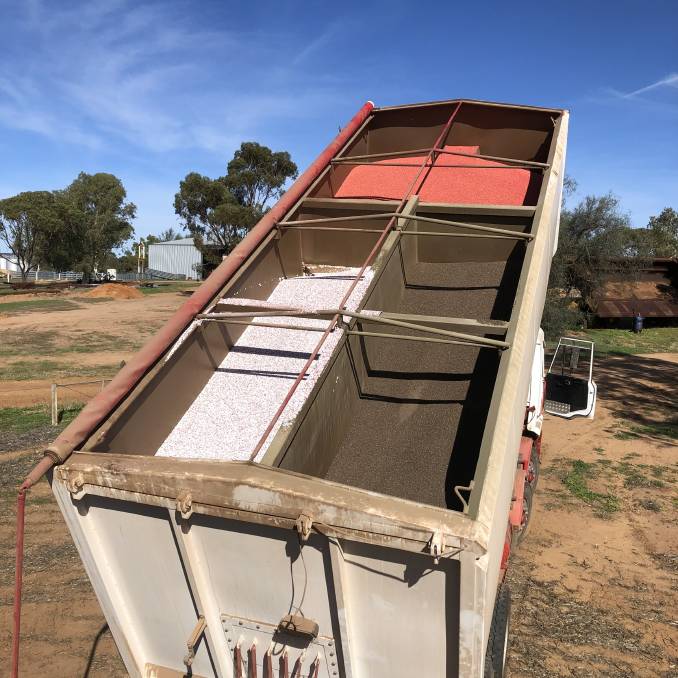 AgImports' three compartment tipping bin allows for wheat (as seen in top compartment), urea (left compartment) and compound fertiliser (right compartment) to be discharged via one of three doors at the rear into the air seeder's auger hopper.