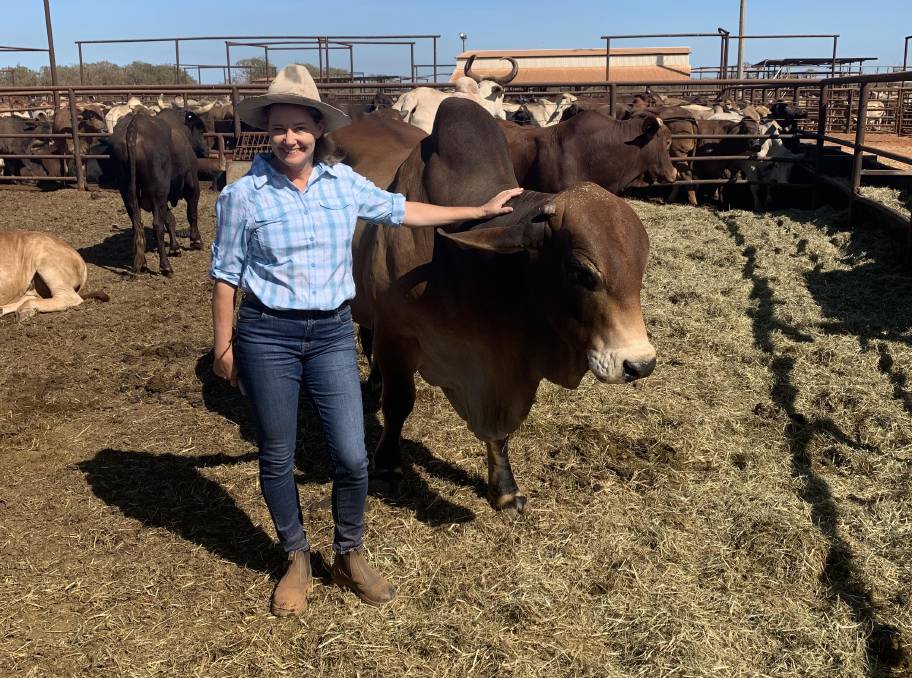 Broome-based veterinarian and bull semen analyst, Tracy Sullivan, was the only WA woman selected for the Diversity in Leadership program, which is held by the National Farmers' Federation.

"I am excited to be part of a group of such diverse women as a big range of the whole agricultural industry is represented in this group."

TRACY Sullivan is one of 12 women and the only one from Western Australia who was selected for the National Farmers' Federation's (NFF) Diversity in Agriculture Leadership program.

Originally from Perth, Dr Sullivan's passion for agriculture came through her work as a veterinarian.

Now based in Broome, she has gone on to establish her own bull semen analysis business, Australian Veterinary Semen Morphology.

She is also a primary producer with a mixed cattle and grain operation in Queensland and works as a live animal export veterinary officer.

Her passion has led to involvement in industry groups, with her now being president of the Australian Cattle Veterinarian Group (ACVG) and on the policy council of the Cattle Council of Australia (CCA).

It's these industry roles in particular, that promoted Dr Sullivan to apply for the program.

"I was wanting to get some assistance with leadership and governance, which will help me do better and reach my potential with the ACVG and CCA," Dr Sullivan said.

"So it's all about optimising my usefulness for the things that I'm involved with in the industry and to learn some skills in communicating.

"It's great to have this opportunity to upskill and it will be great for people in the agricultural industry to share their stories.

"I am excited to be part of a group of such diverse women as a big range of the whole agricultural industry is represented in this group."

The cohort of 12 ambitious and skilled women were selected from 100 applicants and will embark on an intensive one-on-one mentoring program to assist them to determine their leadership goals and the role they aspire to play in the future of Australian agriculture.

In June they will head to Canberra for an introductory retreat, where they'll meet each other, their mentors and hear from inspiring speakers.

Then they'll complete the mentoring program and graduate at the NFF's national conference in September.

NFF president Fiona Simson said she was inspired that the program, which is now in its fourth year, continued to resonate with women across Australia.

"The success of Australian agriculture to date has hinged on men and women working together onfarm," Ms Simson said.

"However, providing a pathway for women to transcend to leadership positions has not materialised as fast as it should have."

Ms Simson said the program was making a difference in creating pathways and networks needed to ensure gender parity in the roles that would shape the future of agriculture.

Graduates of the program have gone to hold industry board positions and to be change makers within their sectors and communities.

"Like in previous years, the program attracted a high volume of very high calibre applicants and I am left in no doubt that the future of our sector's leadership is bright, if as an industry we continue to foster the development of our people," Ms Simson said.

"I congratulate this year's group and I look forward to getting to know these 12 outstanding women in supporting them on their leadership journey."

The program is part of the NFF's goal to double the number of women in agriculture's leadership by 2030, based on a 2018 benchmark.