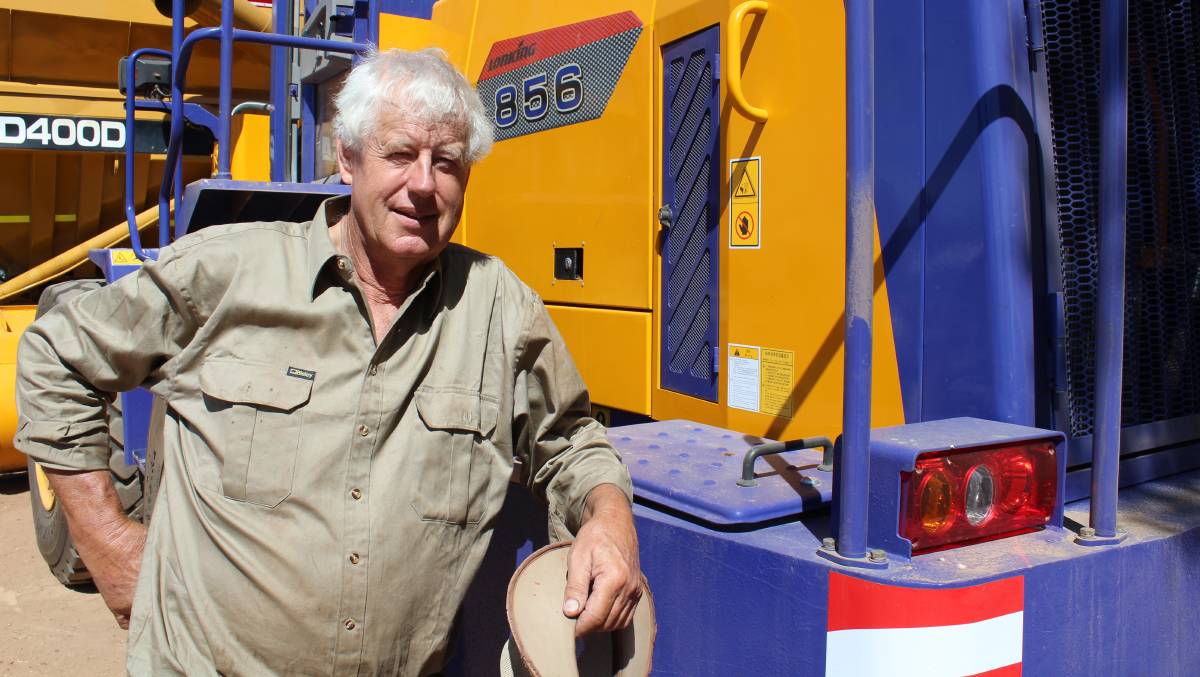 Pastoralists and Graziers Association of WA president Tony Seabrook said the current skills shortage is posing additional occupational health and safety risks for the agricultural industry due to WA's farmers having to pull longer hours than usual.

A SHORTAGE of skilled workers is putting pressure on WA's farmers and posing additional occupational health and safety risks to their operations according to one of the WA's key agricultural advocacy groups.

Pastoralists and Graziers Association of WA (PGA) president Tony Seabrook said WA's agricultural industry had been unintentionally let down by the Federal and State governments with the shortage of workers impacting the industry likely to be a long-term issue.

"The lack of staff has seen a lot of farmers push themselves and their existing staff a lot harder," Mr Seabrook said.

"When you have staff working 14 and 16 hours a day to get a crop in the ground there are health and safety aspects to this too.

"We've just been lucky that it's been a very long drawn out, kind seeding period for most - but if it had rained a lot later we would have seen a lot of high-stress operations."

Mr Seabrook said the shortage of skilled workers had been exacerbated by the State's mining boom which had driven a lot of workers up north due to higher wages and extended to all trades from mechanics, electricians, auto-electricians, truck drivers, plant operators to farm hands.

"The mining boom has definitely played a role but, at the end of the day, people that I've been talking to are most incensed about the Federal government stimulating the economy at a time that it doesn't need stimulating," Mr Seabrook said.

"When governments mess about in market places they usually make a muck of it and this sort of stimulation of the building industry and this very large lump of money that has been given by the Federal government to the State government to carry out public works - a couple of billion dollars worth of road works, interchanges and rail extensions and all sorts of stuff coming at a time when we haven't got enough labour to fill the jobs that are currently here."

Rather than putting money into training Australian workers, Mr Seabrook said the most effective solution would be the State and Federal governments establishing a streamlined and inexpensive way of bringing in skilled and semi-skilled labour from overseas.

"We shouldn't allow these people to just move in amongst us, but our economy must work and governments have to work out a way to get labour into this country," Mr Seabrook said.

"It would have seemed to me that Christmas Island was a very logical way to do this.

"It's outrageous that any product anywhere is not picked when it needs to be picked and it is wrong that famers in the Wheatbelt are putting in the hours they have been because they can't get staff."

Safe Farms WA executive officer Maree Gooch said while generally the State's broadacre farmers had always worked longer hours, she had also heard anecdotal evidence that many were pulling even longer hours than usual due to WA's shortage of skilled workers.

"The government can bring in international workers and there have been a number of plane loads come in for the vegetable industry because they were screaming out for it," Ms Gooch said.

"So if the broadacre farming industry is struggling we really need to let the Department of Primary Industries and Regional Development (DPIRD) know, but we also need to let our local members know as well as our farming advocacy groups.

"Broadacre farmers need to be asking and making a bit more noise."

Ms Gooch said WA farmers working longer hours, coupled with a number of legislative changes to the State's work health and safety legislation, which generated significant concern within the agricultural sector last year, had created a perfect storm for the industry.

"WA's new work health and safety legislation will be due in January of 2022, however the penalties are already in place aligning with the national system," Ms Gooch said.

"In that legislation it alludes to industrial manslaughter - so that is going to up the ante on the requirement for being safe at work."

Businesses are also facing laws that provide for monetary penalties and incarceration where a death arises from a breach of an ordinary duty under the Act, which is a lesser test than the existing gross negligence test.

Ms Gooch said worker safety was the responsibility of both employers and employees.

"Employers have to provide a safe place of work and, if that's including long hours, breaks need to be built in, fatigue management is vital and you need to regularly check in on your workers," Ms Gooch said.

"Workers also have a responsibility to themselves to be safe in the workplace and look out for each other.

"You have a responsibility to say when you're tired and can't do a job.

"We tend to push through as humans to just get that little bit extra done and that's when accidents seem to happen."

By aligning with the compliance of the work health and safety legislation, Ms Gooch said farmers could find out how their workers think and act.

"They might have worked on a farm before, but have they worked on your farm?" Ms Gooch said.

"A way to help farmers be safe in the workplace is to get their safety systems in place and do their inductions because that way you find out where the knowledge gaps are and how people approach risk and then you provide the training and information which you're obliged to by law."