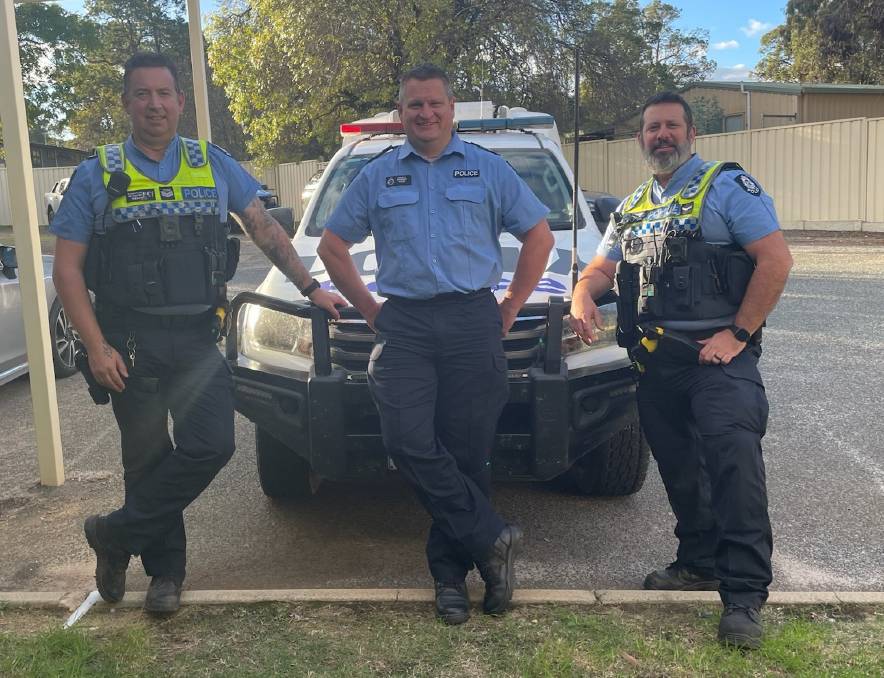 A RURAL crime watch unit has been reinstated by the Gingin Police after a spate of burglaries in the area.

In a bid to increase communication with and within the local community, the Gingin Police held its first rural crime watch meeting at the Gingin Hotel earlier this month and created a group on the Whatsapp application for local community members to join and report any suspicious activity in their area.

Gingin police officers first verify people wishing to join the Whatsapp group are from the local area before sending them a link to join the rural crime watch group.

Sergeant Dave Harnett said he was hopeful that news of the rural crime watch group would spread and deter people from committing crimes in the area.

"If someone sees a person or vehicle acting suspiciously they can report it on Whatsapp and then it is received by everyone that is part of that chat group," sgt Harnett said.

"It allows local community members to value-add to information which our officers can also see, so whoever is on shift can quickly intercept any suspicious activity if they aren't already on another job.

"We only have seven police officers covering a large area from Muchea up through to Orange Springs, then across to Mogumber, down through Wannamal to Bindoon and Chittering and Lower Chittering, so having that quick communication with the community is really key to helping us do a good job."

While the rural crime watch Whatsapp group is already proving useful in their investigations, sgt Harnett said it was still vital that local community members made official police reports.

"There were two or three burglaries and a couple of stolen vehicles in the Red Gully area recently, but we haven't had any more reports in the last week or so," he said.

"We have also had some people that we suspect may have been attempting to steal cattle - but nothing has been reported to us to suggest that they were successful.

"However, if a farmer can confirm that he has had a number of cattle stolen, that is something they need to report to us so that we can look at our lines of inquiry to determine if they have been stolen and, if they have been, where they have gone."

Sgt Harnett said they were hoping to get some assistance from the Department of Primary Industries and Regional Development (DPIRD) to train and upskill their police officers in the field of livestock, so they would know exactly what to look for when it comes to cattle theft.

"We would like to receive that training from a government agency because that way we know we will be doing things efficiently and to a required standard," sgt Harnett said.

The first rural crime watch meeting was attended by 70 people however this number is expected to increase at their next meeting, which will be held in a few months.

"With the re-implementation of the Rural Crime Squad, or what used to be called the Stock Squad, we're looking at getting a few of those guys to speak at the next rural crime watch meeting, as they are the subject matter experts and have had a lot of success with their own investigations lately," Mr Harnett said.

He said the Gingin Police officers planned to set up a similar neighbourhood watch program in the Shire of Chittering in the near future.