Peter always there to lend a helping hand 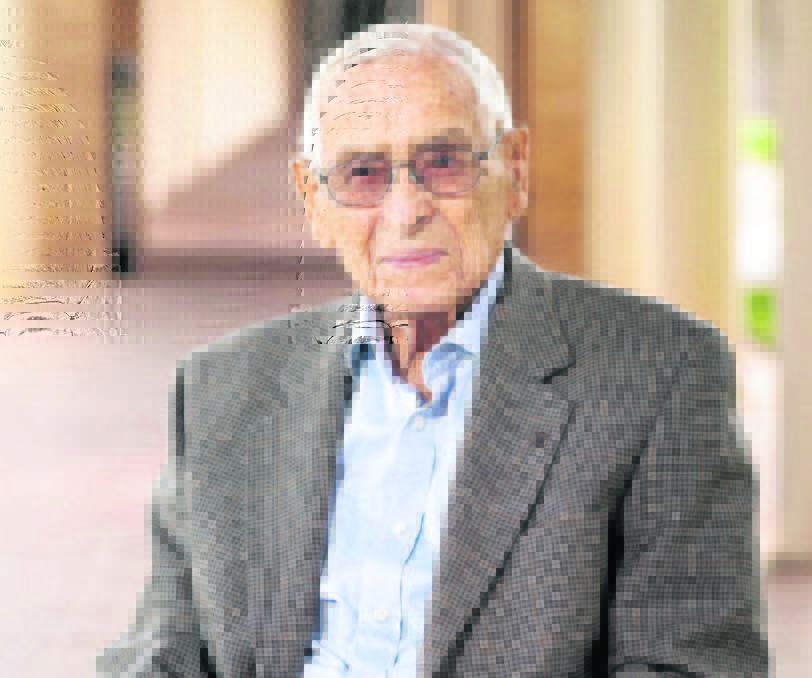 Peter Candy was renowned for his personal warmth and his generosity with his time.

Remembered as a gentleman and a gentle man, Peter was renowned for his personal warmth and his generosity with his time, always ready to lend a helping hand, coupled with a welcoming smile and cheeky sense of humour.

A great listener, he could always be relied on to provide personal support and sound advice.

Peter Rossmore Candy was born in Tasmania in 1925.

His father Cairns Candy, first came to Western Australia in the mid 1890s, ending up on the Goldfields where he initially invested in mining and various businesses, later expanding into property investments in Perth and Fremantle.

Cairns returned to England and served with distinction as a commissioned officer in the army during World War One.

After leaving the army, Cairns headed back to Australia and on the voyage home he met Annie Glasse, a war widow from New Zealand.

They soon married and were to eventually have three children, Charles, Peter and Charmian.

Initially Cairns and Annie went to Tasmania but decided the prospects were better in Western Australia and sailed to Albany, with their prized Friesian dairy cattle onboard.

Cairns bought land near Mt Barker, driving the Friesian cattle by road up from Albany and then set about the incredibly hard work of carving a farm from the virgin Jarrah forest at Mt Barker.

The family, including baby Peter, initially lived in a tent on their property 'Somerby', while what was to become a large and lavish home by the rural standards of the day, was being built.

When Peter was just six years old and brother Charles eight, they were sent off to board at Katanning Grammar.

Peter was too young to go into the dormitory and so lived with the Headmaster and his family.

After four years, the Katanning school closed down and the two boys were sent to Hale School in Perth.

Younger sister Charmian was sent to board at Kobeelya, in Katanning, and later to St Hilda's, in Perth.

Peter's first job was at Elders as a junior clerk learning the basics of the job for 18 months.

In May 1943, just days after his 18th birthday, he signed up to join the Royal Australian Air Force and go off to war.

But he contracted yellow jaundice and had to wait until July, after he had fully recovered, to report for duty.

That few months' delay may have saved his life.

He travelled across the country to Victoria to undergo training as a bomber air crew - as a radio operator and then to attend gunnery school.

The attrition rate of bomber crews was considerable, with a large percentage being shot down and killed or captured in their first missions.

And his position of rear gunner was the most dangerous place on any bomber aircraft, especially during attacks by enemy fighter planes.

He sailed out of Brisbane in August 1943 to the west coast of America; then by train to New York and boarded the liner 'Queen Mary' to steam to Southampton, in England.

It must have been an incredible experience for a young man from a farm in faraway Western Australia.

Peter initially trained on Wellington bombers but then switched to the more advanced Lancasters.

In May 1945, while he was waiting to join an operational squadron for his first dangerous combat mission, the war in Europe ended.

Peter was among tens of thousands of people who crammed into central London to celebrate.

He joined a huge seething, joyously happy throng in front of Buckingham Palace to see King George the sixth, Queen Elizabeth and the young princesses, Elizabeth and Margaret, waving from the balcony.

He described it recently as having been "a great moment" in his life.

It was to take him until 1946 to get back home by ship to Western Australia and be discharged from the Air Force.

He immediately went back to Elders at Katanning.

The manager's typist in the Katanning office, Betty Beeck, went on leave and a temporary replacement was sought from Perth.

Betty had a friend, Mooreen Spargo, who went down from Perth to fill the position.

Just after arriving in Katanning, she met Peter.

At that time, Peter had an Indian motorbike on which he reputedly was known for driving too fast.

Mooreen re-told how he took her out for a ride one night; stopped and proposed to her - but did not get down on one knee as it may have ruined his tailored trousers!

After a brief stint running the Katanning newsagency for 12-months, Peter re-joined Elders Katanning as a clerk in the stock department, the following year he was transferred to Wagin as a stock salesman.

In 1955, Peter took charge of the Elders' pig section at the Midland Junction Saleyards, which was a huge operation in those days.

Six years later, he was promoted to the bigger stage as senior sheep auctioneer at Midland.

In this showcase position, he was highly regarded for his expertise in stock auctioning, as well as his immaculate personal presentation!

Auctioneering pigs and sheep at the annual Perth Royal Show provided an opportunity for Peter to take his children to the Show where they had free rein of the showgrounds and were spoiled by him with treats.

In 1966 Peter moved from livestock to administration, concentrating on training branch salesmen, a few years later he was promoted to State administration officer before a three year deployment to Elders finance and investment.

He was later appointed supervisor of Elders Real Estate activities within the Elders land department.

Peter's 36 years of service with Elders were remembered by staff and clients as one of dedication, with a constant willingness to help all those with whom he forged a connection.

After taking early retirement from Elders in 1983, Peter took his property conveyancing skills to Stone James Solicitors for a number of years.

The Candys developed strong, enduring and fun-filled friendships with many Elders' couples.

After retirement, Peter remained very active in the Elders Past Employees Association, holding several positions including a term as president, attending many functions.

Peter's beloved wife Mooreen passed away in 2006. He is survived by children Peter and wife Maxine, daughter Christine and husband Errol, four grandchildren and 10 grandchildren.