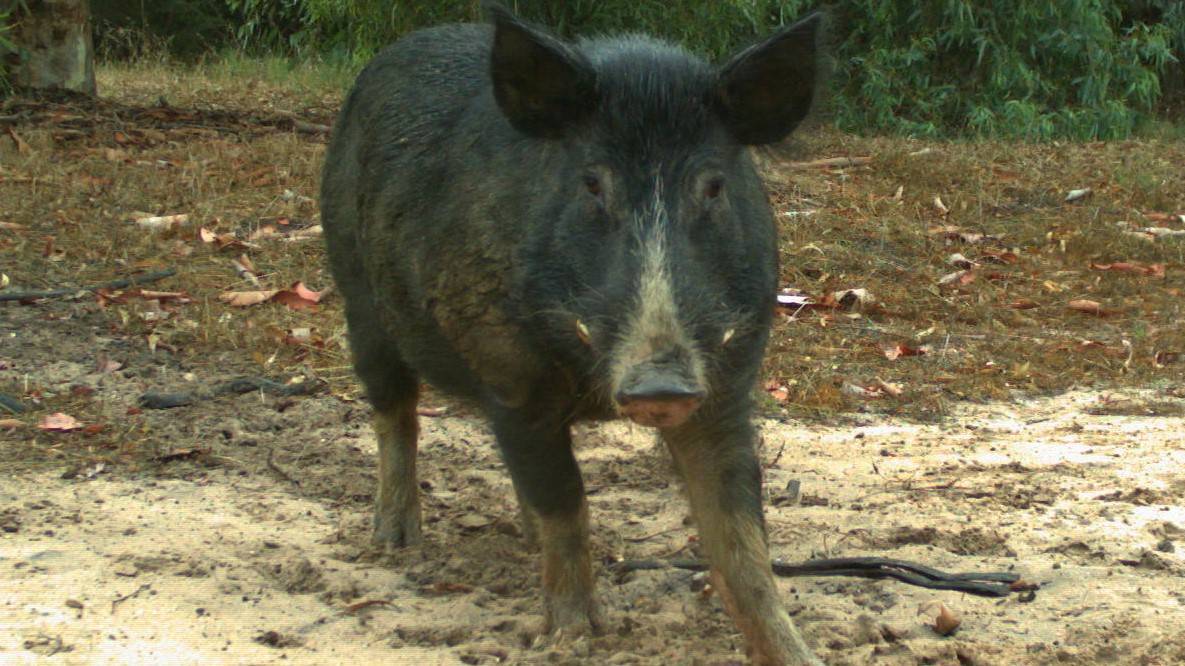 A BACON preservative in magnetic boxes could help stamp out a feral pig problem, which has been plaguing agricultural parts of Western Australia.

The LBG conducted its first trial of the system on private property Mumballup last year, working with two property owners.

One of those was, Bob Greig, who recently completed a second successful trial at his 40 hectare property, to address new pig activity.

He said it had been a battle to manage feral pigs in the area and praised the effectiveness of the HOGGONE baiting method.

"We provide the food in the paddock and the forest provides the shelter," Mr Greig said.

"It is very difficult - and a very rare event - to find a method that gets all of the pigs on your property in one go.

"The beauty of this system is once you get the pigs to eat from those boxes, it is 100 per cent effective for all of them."

Mr Greig added that both he and the LBG had been learning together from each of the trials.

"It seems to be that if you have enough of the bait boxes you can get all of the pigs in one go," he said.

Based on its success rate and consistency, the bait system has been trialled at an additional four properties in the Leschenault area.

Leschenault vertebrate pest officer Jeisane Accioly said pigs were more sensitive to sodium nitrite used in the baits because they are enzyme methemoglobin reductase deficient, whereas other animals and humans are not.

She said hypoxia then set in and with low oxygen in the brain and vital organs the feral pigs lose consciousness and die.

"From the welfare point of view it is a good thing because they do not struggle," Ms Accioly said.

"Also, sodium nitrite does not have the same effect on other animals and humans, unless they ingest in high doses."

As part of the HOGGONE system, specialised plastic troughs with magnetic lids, feed slots and three opening levels are used.

From the first feeding phase, motion sensor cameras are set up at a site landholders have observed pig activity.

Flake grains including barley and molasses are placed on the ground as prefeed, around closed and empty bait boxes to familiarise the pigs with the boxes.

After a few days of successfully attracting pigs to the feeding location, prefeed is cleaned up off the ground and new prefeed is placed into the bait boxes with the lids set fully open.

Prefeed is then placed into the bait boxes with the lid half closed and finally fully closed with feed placed around the rim of the box and placebo bait inside.

The number of days this takes depends on how quickly pigs progress through the steps and the surveillance cameras are used to guide decisions.

"We use a placebo feed without poison for a few days to ensure the pigs are eating it," she said.

"Once we observe they are accustomed to opening the boxes and eating the feed, we replace the placebo with sodium nitrite treated bait.

"Pigs don't need to eat as much of the nitrite because they become quite drowsy straight away.

"Once they stop eating the feed, the box lid closes with a strong magnet, which is even difficult for humans to open.

Most of the landholders, who trialled the bait, bordered bushland and pine plantations, so Ms Accioly said the group did not have permission to look for pig carcases.

However, she assumed the animals had died because they did not return to the feed.

On some of the farms, landholders had reported finding carcases within 200 metres of the baited feeding point.

Ms Accioly said the close proximity was reflective of how fast the bait works.

"Pigs die within one to three hours of ingestion," she said.

"The carcases of affected pigs pose no threat to scavenging fauna and the bait is presented in target specific boxes to prevent other fauna from accessing it.

"Even if crows and other animals eat the pigs, it is a very low amount of sodium nitrite that is in the carcases, so it would have no impact on them."

Among the very few challenges were properties with fruit tree production, as pigs were instead drawn to the fruit, and instances where it rained and the animals relocated.

Ms Accioly said as long as the pigs ate the prefeed, the baiting method had proven successful.

And depending on how fast the animal advances from prefeed to the following phases, the entire process could take anywhere between 10 days and four weeks.

"We did return to some farms because after a few weeks they had a new group of pigs come through," she said.

"But we managed to get rid of those pigs as well and the landholders have been really happy with the results.

"Other methods such as shooting, may not be as successful because one or two animals in larger groups could be shot, but then the others run away.

"They become very wary of humans and because they are quite intelligent and that makes controlling or eradicating them more difficult."

"HOGGONE is a key part of the solution to the feral pig problem in Australia," Dr Staples said.

"Its capacity to cull large herds quickly and humanely has the potential to revolutionise our approach to management."

The bait took more than a decade to develop and refine.

It is a schedule six poison meaning landholders can purchase and use it without specific training or certification.