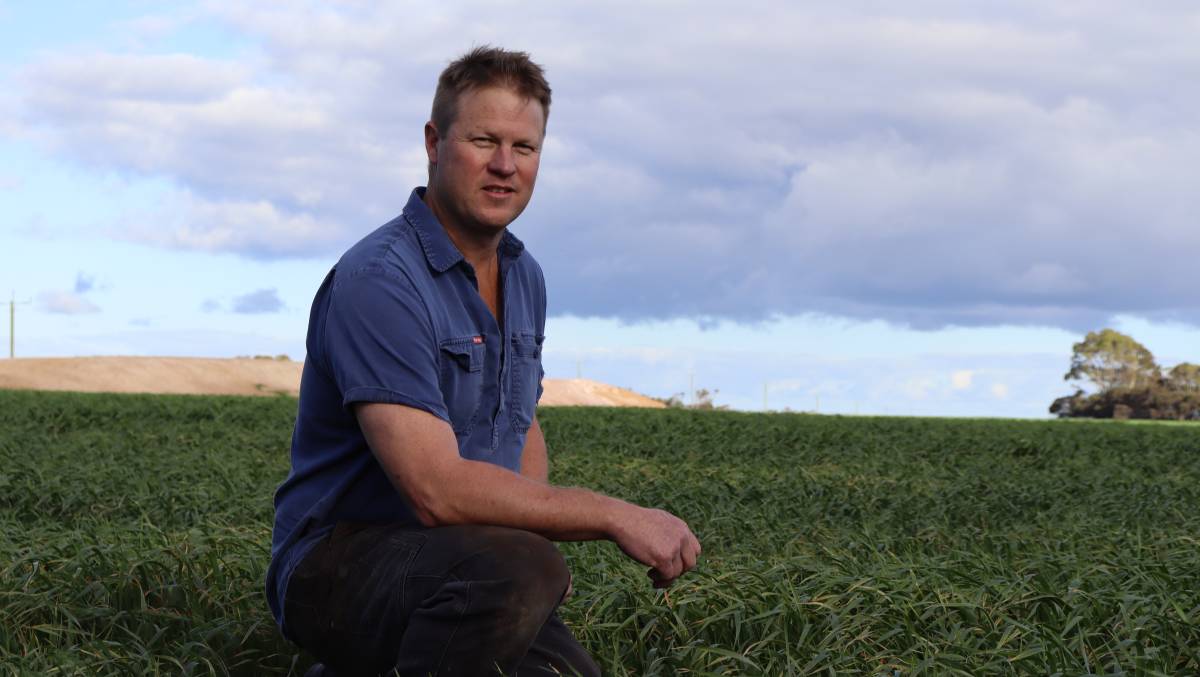 Gary Walter recorded 100 millimetres in one rainfall event last week, tipping his total to 320mm and is on the back of him experiencing three consecutive dry seasons.

"It has been good to see paddocks green."

WHEN Gary Walter moved to Gairdner from Cascade last year, the area was battling its third consecutive dry season.

Within eight months, Mr Walter had recorded just 90 millimetres of rainfall at his new property and crops were in desperate need of a decent drink.

It is in stark contrast to last week, when Mr Walter recorded 100mm in one rainfall event, tipping his total this year so far to a whopping 320mm.

Mr Walter said figures were "above average" and (assuming crops don't get too wet) sets him up for a promising season.

"It has got off to a good start," Mr Walter said.

"We started seeding late March with canola, then we were stopped a couple of times with it being too wet.

"We finally finished last Thursday (May 27) when it got really wet."

Mr Walter's operation is 100 per cent cropping with about 6900 hectares of wheat, barley and canola.

Each variety equally makes up a third of his operation, with slightly more canola and barley.

He said it was a rotation he knew, which suited the property's soil types and if it didn't "stay wet" then the early varieties would come up well.

"The rain probably just increases the fertiliser use for the year," Mr Walter said.

"Overall though, I am pretty happy with where we are at the moment.

"We have pretty well finished seeding, but we will go back and do some reseeding because of this last rain event. 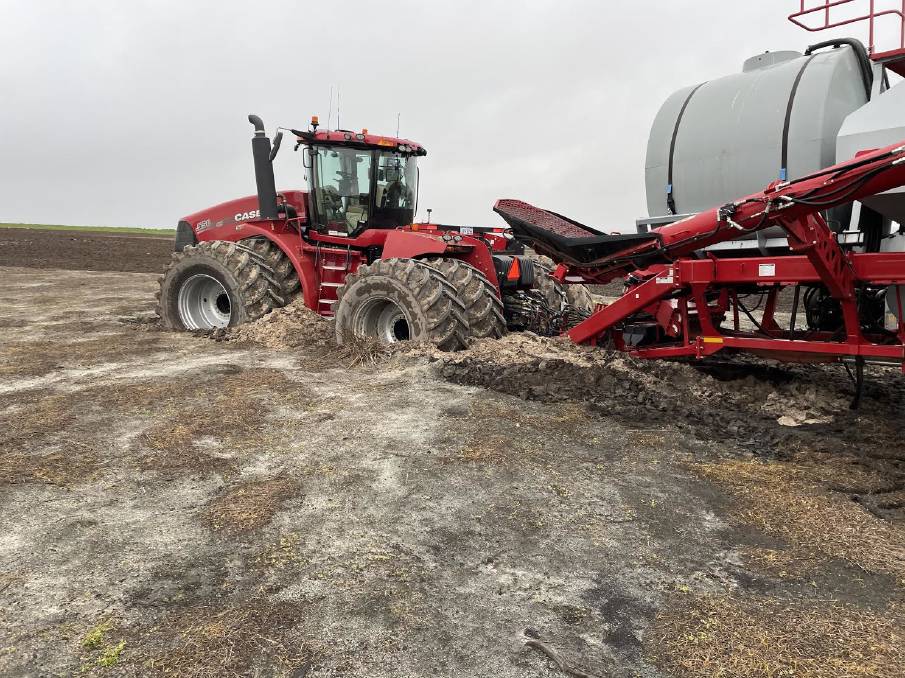 Mr Walter said the rainfall was a refreshing change after experiencing last year's shocking season start and added that it would be good to get a couple weeks of sunshine now. In this photograph, Mr Walter's seeder is bogged due to the wet conditions. Picture: Gary Walter.

Mr Walter said it was awesome to see the rain had been widespread, drenching most agricultural areas across Western Australia.

He said the rain had bolstered spirits, as farmers and regional/rural communities across the State remained positive for the season ahead.

"I think there are obviously some wet areas, as you get closer to Albany, but everyone has been pretty happy," Mr Walter said.

He is in the process of topping up fertiliser in canola and starting some early broadleaf in barley.

"The next few months will be fairly flat out though, with fertiliser, spraying and rock picking for the next couple of months," Mr Walter said.

He enjoys living in the Gairdner area as it was social, a nice area and residents had been welcoming.

"It has been good to see paddocks green," he said.

"I think we work on about a 450mm average a year, so we have got off to a solid start.

"And the winter months are still ahead of us.

"It would be good to get a couple weeks of sunshine now, but you can't control the weather.

"You just have to take it as it comes."