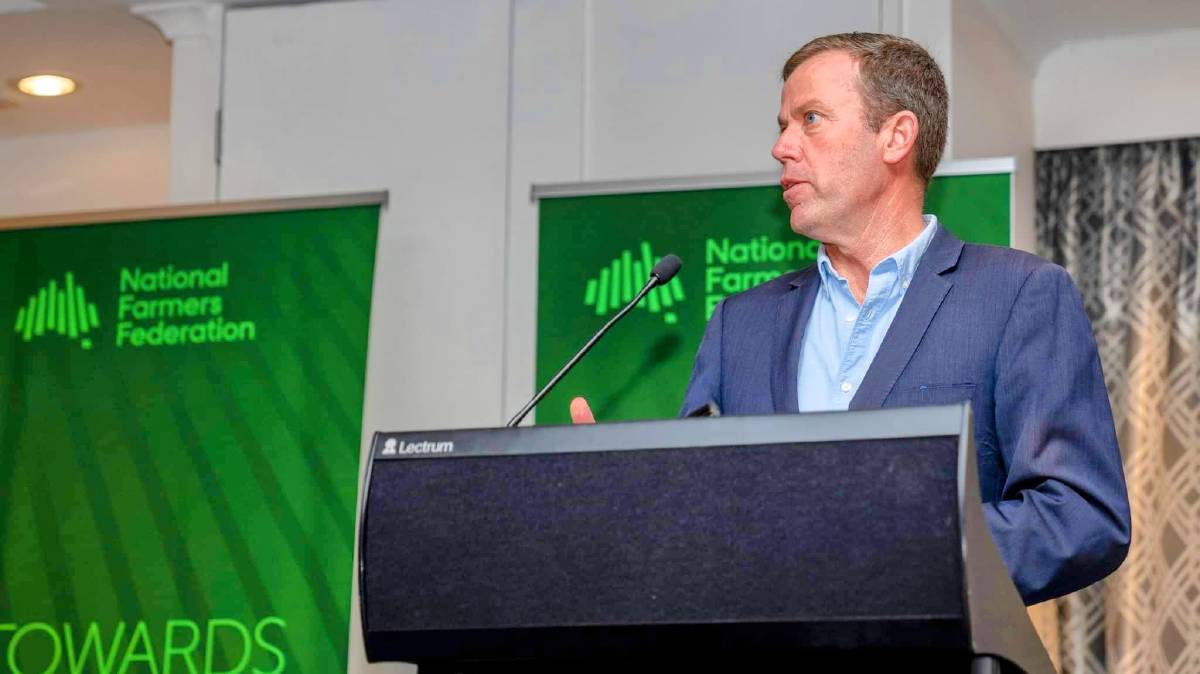 ACE UP THE SLEEVE: Trade Minister Dan Tehan said the UK would need a golden standard trade agreement with Australia if it wanted a realistic chance of entering the TPP. Photo: Alistair Lawson

Australia has revealed its trump card in the free-trade agreement negotiations with the United Kingdom.

Australia has revealed its trump card in the free-trade agreement negotiations with the United Kingdom - access to the $100-trillion Trans-Pacific Partnership market.

The UK recently revealed its ambition to become the twelfth country to join the Comprehensive and Progressive Agreement for Trans-Pacific Partnership.

Australia is one of the three countries, along with Singapore and Japan, that heads the accession group, who make the final decisions about the rules that dictate which countries can join the trade agreement.

Speaking at a National Farmers Federation forum in South Australia on Tuesday, Trade Minister Dan Tehan stopped just short of saying the Australia FTA was a prerequisite to the UK joining the CPTPP.

But he did indicate it would "pave the way" for them to join the trade agreement, which gives its partners increased access to a combined market of more than 500 million people.

"We've been very clear with the UK that if they want to join TPP, it's a gold standard agreement and therefore they'll to need a gold standard FTA with us if they're going to have a realistic chance of joining the CPTPP," Mr Tehan said.

"We have a very large say in what accession looks like for all countries who want to join. We keep reminding the UK their agreement with us will be a very strong indication as to whether they're real in their interest to join the CPTPP."

Mr Tehan said Australia didn't want to negotiate separate trade deals with the UK for the FTA and the CPTPP, preferring to "do it all in the one go" .

Mr Tehan has been on the phone with his UK counterpart Liz Truss for multiple hours each night over the past week, as the two try to reach an agreement in principle before their two Prime Ministers meet at the G7 summit on June 11.

However, Mr Tehan said if they couldn't "bridge the differences" that were still there in the next few days, "we will take more time".

"When it always gets to the pointy end of these discussions, never underestimate the protectionist forces that kick in," Mr Tehan said.

Australia is also entering its eleventh round of FTA negotiations with the European Union.

Mr Tehan said the negotiations were "like a heavyweight boxing match", and were set to continue for a twelfth round in August or September, which would give an indication as to whether an agreement will be reached before the end of the year.

"We're making good progress with the EU FTA - we had more progress in the tenth round than all the others combined," Mr Tehan said.

"Never underestimate how much time and patience will be required to do an agreement with India," he said.