Search is on to determine our top dog 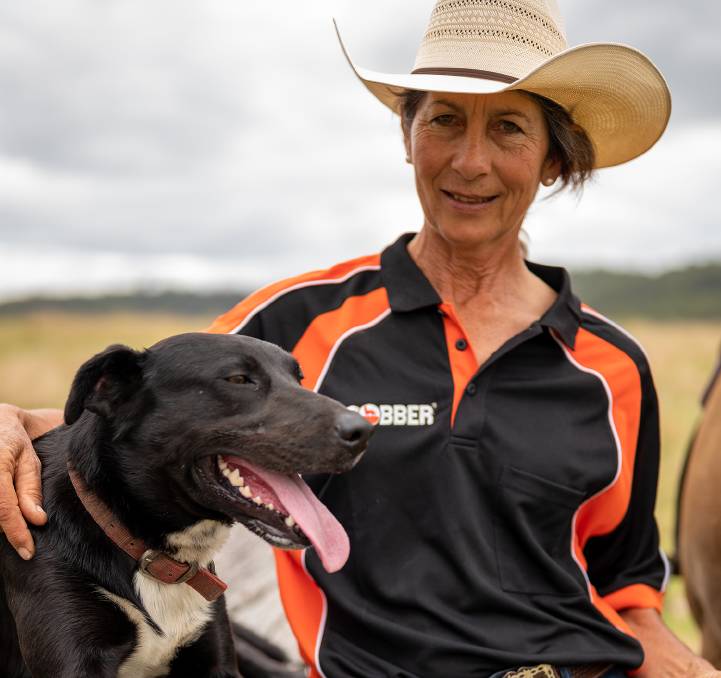 Northern NSW station hand Glenda Rogan and her Kelpie-cross, Buddy, who was the 2020 Cobber Challenge champion.

THE Cobber Challenge has extended an invitation for the first time to Australia's counterparts in New Zealand to enter their working dogs into the annual competition, now in its sixth year.

Giving farmers the unique opportunity to measure how hard their dogs work, the Cobber Challenge has become an annual celebration of working dogs from around Australia, that in previous years regularly clocked more than 50 kilometres in a day, highlighting their contribution to the farm team.

Twelve dogs from Australia and New Zealand will be fitted with a GPS collar to track their distance, working duration and speed over a three-week period from Monday, August 16 to Sunday, September 5.

The dogs will then be ranked with a new Cobber Champion crowned at the end of the competition.

Cobber marketing manager Kellie Savage said with the competition only being open for a couple of weeks, the organisers had already received some fantastic entries from New Zealand.

"It's going to be really tough to choose the 12 competitors as we get more and more applicants and a lot more interest in the challenge every year," Ms Savage said.

As the challenge continues to get interest from all corners of the globe, she said it seemed a logical step to include New Zealand in the competition.

"It started off very much focused on owners and working dogs and people who work on farms and stations, but now we're getting interest from people internationally who just love dogs and admire the work they do on farms," she said.

"We know that our counterparts in New Zealand have a lot of tough work ahead of them with the amount of sheep and cows that they've got over there, so it will certainly be interesting to see how the New Zealand dogs stack up against the Australian dogs, particularly with the distances they're working.

"But one of the beautiful things about the Cobber Challenge is that every competitor really has that home ground advantage, so regardless of the terrain - every dog is used to working that every day."

Each day of the competition, data is uploaded to the Cobber Challenge website so people can follow the performance of individual dogs.

Ms Rogan said the competition coincided with a busy period for her and Buddy which included weaning calves and moving other cattle.

"He's a big, strong dog who's always busy, so I thought he'd be a strong contender

As well as being crowned Cobber Champion, the winning dog and owner will receive a year's supply of Cobber Working Dog feed, as well as $3000 to be spent on a working dog breeding program, training for a working dog or participation in working dog trials.