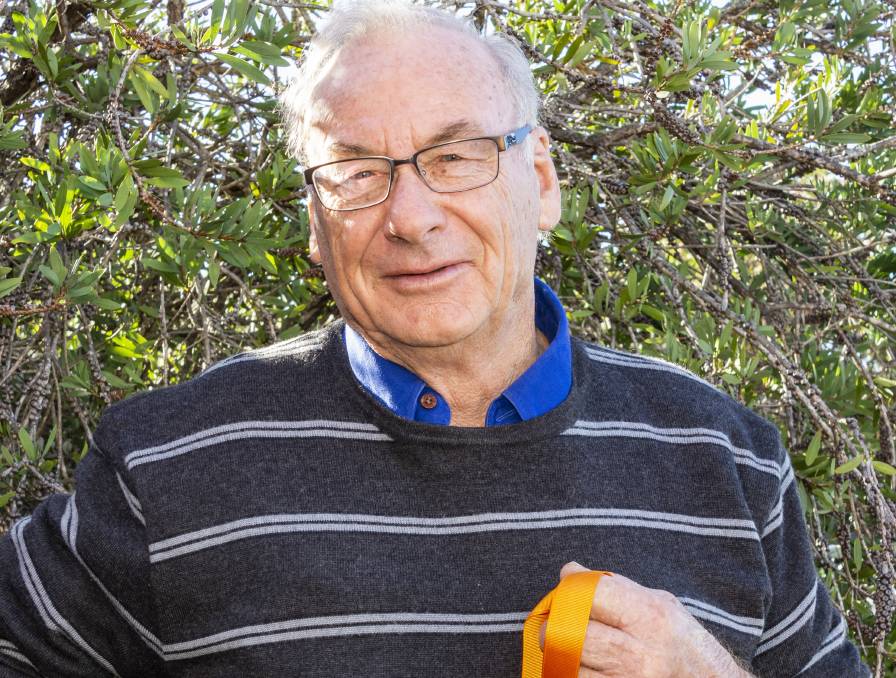 Cranbrook farmer Ian Walsh is continuing his work against salinity.

CRANBROOK farmer Ian Walsh is hoping to enhance his decades-long fight against salinity with the help of funding he received as part of the most recent award of the Great Southern Development Commission (GSDC) medal.

Mr Walsh received the sterling silver medal in June 2019 in recognition of his innovative work reducing the impact of rising salinity on his farm, using salt-tolerant plants to reclaim degraded land.

Along with the medal, he received a $5000 grant from the GSDC to continue his work.

He has put the funding towards a trial of grey saltbush, a potentially useful but previously overlooked species.

Mr Walsh said grey saltbush had been tried 30 years ago but was discarded in favour of other species.

"Saltbush is a pioneer species that draws down salt and allows other species to grow in between the rows," Mr Walsh said.

"I class them as a heap of solar pumps."

Mr Walsh's GSDC Medal grant is supporting the propagation of 4000 grey saltbush seedlings, which will be planted in spring and assessed for their contribution to the productivity of degraded land.

The grey saltbush will be planted with two other varieties in a random mix and will be grazed for the first time in autumn 2022.

"We've only been working on saltbush for 35 years but we have been selectively breeding wheat for thousands of years," Mr Walsh said.

The 2021 GSDC medal will be awarded to one of three shortlisted nominations on Friday, June 11, at a dinner event, featuring local produce and a showcase of Great Southern wines.

The award was established in 2002 to celebrate innovation and leadership in the management of the Great Southern's natural resources.

Thirteen people have received the honour so far and include scientists, community leaders, environmentalists, educators and farmers.

Recipients of the award receive a sterling silver medal and a $5000 grant for further work in their field.

Each finalist receives a $1000 grant for further work.