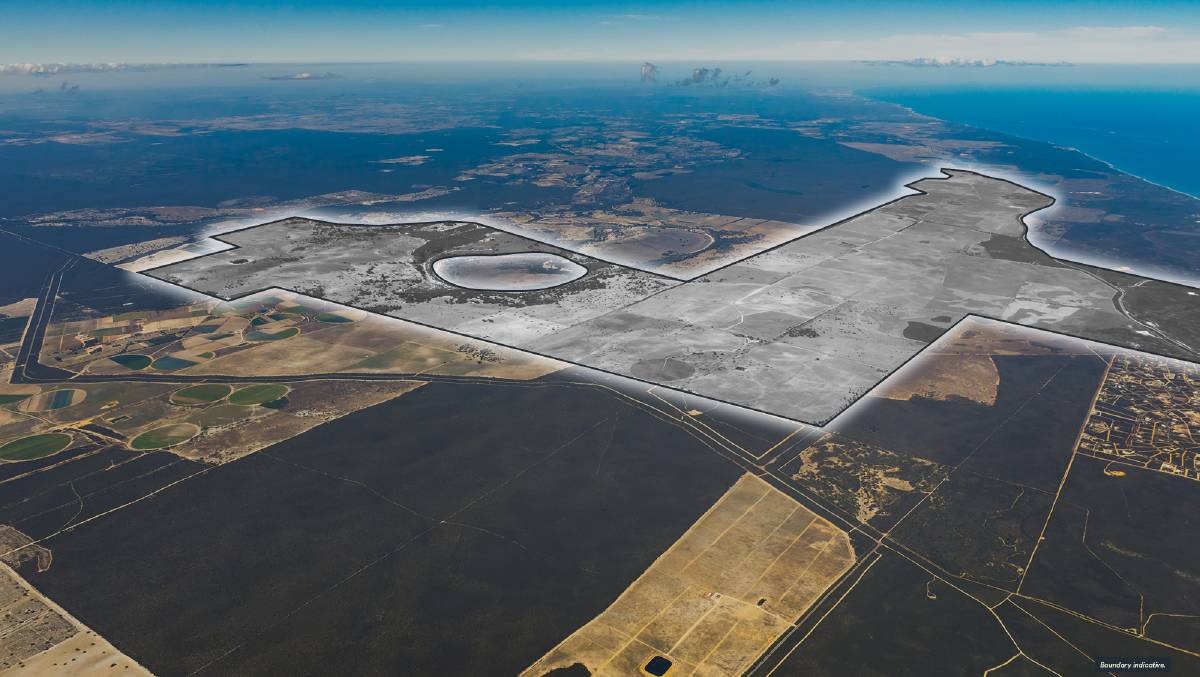 ONE of the largest private land holdings within 100 kilometres north of the Perth CBD and less than 50km from the northern metropolitan suburb of Two Rocks has been placed on the market.

Axia Corporate Property and JLL have been jointly appointed to exclusively market a generational land holding which has been owned by Texan-born entrepreneur and philanthropist Joseph Matthews for more than 40 years.

Following Mr Matthews' death in 2020, the proceeds of the sale of the property will go to his not-for-profit charity, the Karakin Foundation, which assists adults with intellectual disabilities, provides educational scholarships and provides specially adapted homes for United States veterans with a disability.

In recent years, the foundation also expanded its focus to providing clean drinking water and healthcare facilities in the developing nations of South East Asia and Africa.

Offers are expected to exceed $40 million.

The dominant portion of the property comprises about 8700 hectares of productive broadacre farmland.

The farmland portion benefits from reliable rainfall and fertile sandy loam soils, which have over the years primarily supported intensive agriculture, cultivation of cereal and legume crops and grazing of livestock.

The combined holding also features an additional circa 1900ha of rural and coastal conservation land with much of this land having potential for other rural pursuits and even possible resource extraction enterprises (subject to further investigation and approval).

Mr Matthews had visions of a massive expansion of the Lancelin residential community.

Over the years he successfully secured planning approval and subdivided the 300 lot Seaview Park rural residential estate and he later secured approval for the master planned Lancelin South development, which is envisaged to eventually deliver an entire new community of more than 4000 lots.

The 50 lot Stage 1, estate entry statement, sales office and extensive initial potable water and sewer infrastructure for Lancelin South has already been fully constructed and of the lots already created, some 22 are on-hand and sale ready.

The holding also includes five residual rural residential lots within and adjacent to Seaview Park estate and these lots are also sale ready.

According to Axia Corporate Property's Wayne Mitsikas and John Garland, such an opportunity to find a significant coastal related land offering of this scale, only one hour's drive from Perth's CBD, is exceptionally rare.

Clayton Smith of JLL's agribusiness team said he saw a very big future for the farmland with its proximity to the Perth metropolitan area and its export infrastructure, favourable rains, high stock carrying capacity, productive soils and multiple titles.

"We see plenty of scope for various rural pursuits here including the possibility of reintroducing intensive agriculture and expect the market will eagerly pursue this opportunity," Mr Smith said.

Axia Corporate Property and JLL are offering the property for sale by expressions of interest closing Wednesday, July 7.