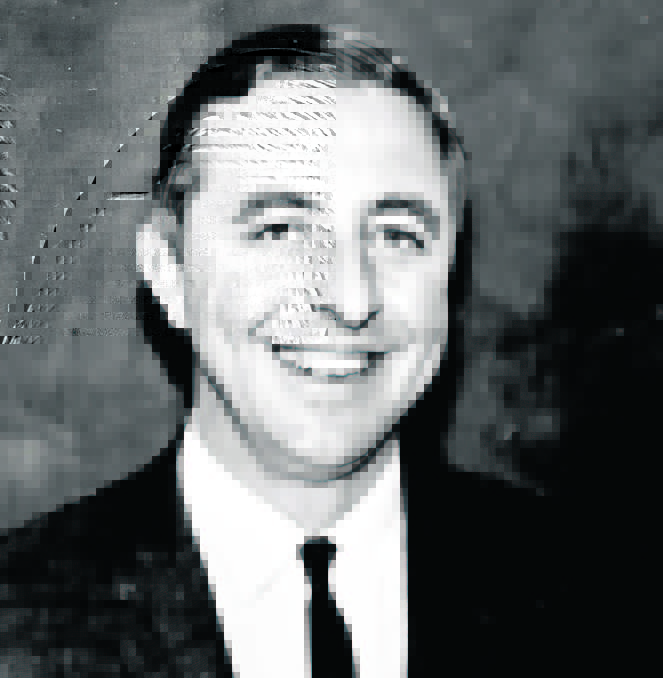 WELL known and respected past Elders State manager, Frank Bongers, passed away peacefully at Claremont, on May 22, following a long illness.

Franciscus Bernardus Bongers, known as Frank, was born in 1928 at Voorburg, the Netherlands, the middle child of 12 siblings.

His father, also named Franciscus Bernardus Bongers, was employed in a managerial position at a cigarette company until the Great Depression, and thereafter as a government employee.

His mother, Maria Rodrigo Bongers, was a formidable matriarch who instilled the value of respect in her children; bidding good evening between children and parents was always undertaken in formal Dutch.

Frank was educated from childhood at Saint Aloysius College, a Jesuit school in The Hague, that emphasised science and languages, of which Frank spoke French, English, German and Dutch.

Throughout those years, Frank would travel to the countryside on a bike with no tyres (only rims), to exchange methylated spirits obtained at university by his older brother Ben, for potatoes.

Returning by train, never seated at the front where bombs were known to hit, Frank would elude the seizure of his provisions by the Nazis by throwing them from the moving train to his younger brother Hans, and exiting the train at the station empty-handed.

During the notorious winter of 1945, known as 'the hunger winter', Frank, his mother and his sisters would go by night to cut tree branches in a park in the centre of town to use as firewood.

Frank survived the war along with his family, having seeded the courage, fortitude and acumen that would distinguish him throughout his life.

At age 18, Frank completed his education and was called up for required national service.

From basic training, he was placed in officer's school, a rugged and intensive two-year training during which Frank's aptitude for logistics was recognised.

He graduated into the elite Prinses Irine Brigade, or Princess Irine Brigade, in the Royal Netherlands Army, and was deployed to Indonesia in 1949 following the territory's handover by the Dutch to an independent government.

Frank, in the rank of Second Lieutenant, celebrated his 21st birthday on a boat to Java.

His service in Indonesia was a period marked by contrasts; in Java, Dutch soldiers experienced an integrated social life within the Indonesian community; in West Papua, then Western New Guinea, they navigated the jungle using old American air force maps that were incomplete at best.

During this time, Frank survived a severe malaria infection requiring six of his troops to restrain him while a seventh temporarily removed his revolver.

But a fateful meeting at a party soon set Frank on the path to Perth; together with two friends, Frank had purchased air tickets to Sydney, but a group of sailors from a ship that travelled between Malaysia and Fremantle asked the young men whether they had considered travelling by sea to Perth, which at the time cost only a portion of the airfare - 40 pounds.

Knowing almost nothing of Australia, Frank arrived at Fremantle by ship in 1951.

Although it was common for travellers from Europe to have their luggage searched for items of concern such as meat, Frank recalled walking straight off the ship toward the YMCA - but not before he noticed the name written large across the local woolstores building, Elder Smith & Co, Limited.

Having found employment early on at a packing company, Frank nevertheless remembered the name that had greeted him on arrival in Fremantle and soon returned to the Elders woolstores to ask for a job as a junior clerk.

His skill for accountancy, learned at school, was quickly noticed by his supervisors, who sent him to the Elders branch at Katanning, by train on the narrow-gauge railway line.

In some ways, that short trip was Frank's introduction to Western Australian life - although the trains were known to stop for tea or beer - to Frank's surprise, his train stopped beside a field and passengers were invited to disembark and pick the growing mushrooms at their leisure.

Used to the efficiency of Dutch trains, which ran on schedule, Frank was amazed.

From Katanning, he was sent to Bridgetown as a branch accountant, travelling frequently to Corrigin.

His wife, Margaret Bongers, née Russell, recalls seeing Frank for the first time at a stud ram sale where he was stationed behind the auctioneer, calmly but assiduously recording the transactions amid the chaos.

Frank and Margaret met soon after at the Golf Ball, a winter dance organised by the Corrigin Golf Club at the local town hall.

Shortly after Frank received an invitation to join the Russell family for Christmas at their farm, he and Margaret became engaged, marrying in 1955 at the Perth registry office with a reception at the Adelphi Hotel.

Although Frank's superior at Elders wanted him to join the Perth office, Frank requested to remain in the Wheatbelt to learn the company from the ground up.

His only additional request when he was transferred to Wyalkatchem, was to be settled in a "nice brick house" that would protect his wife from the fierce summer heat.

While in charge of Elders' branches in the Wheatbelt, Frank frequently drove long distances within a single day to meet farmers on their properties, leaving before dawn and arriving in time for breakfast, during which it was not uncommon for a glass of whisky to be offered.

During these visits Frank would often help to draft the sheep.

His attitude to work throughout his life was, "I was given the job, and I did it", which encompasses both his commitment to thoroughness and his embrace of new challenges.

Finding himself ready for a change, he was transferred to Perth in 1962 as assistant branch supervisor and, after over a decade successfully overseeing projects in stock and insurance, became State manager for WA in 1978.

Frank's work with the company took he and Margaret to Adelaide, followed by managerial posts over a period of expansion and diversification for Elders in the 1980s and 1990s across Malaysia, Melbourne, Hobart, Auckland, Tokyo, New York, Kansas City, London and Stockholm.

Frank's diplomacy and ability to negotiate cultural differences - from Swedish business people to American wheat sellers -were strengths for the company throughout this time.

A favourite family photograph shows Frank greeting a Middle Eastern dignitary during one of two trade missions to the region on behalf of Elders, in 1969 and 1975, which also saw him travel to Iran to discuss rural Australian livestock exports with a relative of the Shah.

By the time Frank retired, he had overseen many and diverse aspects of the company's modern transformation.

He was known for his leadership as well as his generosity, informed by his capacity to see the bigger picture.

Frank's commitment to the social good from a practical perspective extended to his charitable contributions; he held multiple voluntary chairman roles in fundraising for organisations including the Salvation Army, where after four years he called upon a friend to assume that role in his stead.

During retirement, he and Margaret travelled intrepidly by plane, train and ship, witnessing first-hand the natural and cultural marvels of Russia, Croatia and much of Northern Europe.

In another treasured photograph taken by Margaret during their travels, Frank, seated on the back deck of a large cruise ship sailing toward its destination, faces the traversed sea in calm contemplation.

But in his later years, during a period of prolonged illness, Frank told his family he did not make a habit of looking back, but rather to the future.

Above all, Frank Bongers treasured his family, he is survived by wife Margaret (residing in Claremont), daughters Miriam (husband Les Stein), Sally (partner Paul Elliott) and Jacqui, and granddaughters Amelia and Celeste Stein.