McIntosh & Son, Albany, parts superviser David Clark (left), sales consultant Warren Hunt and service manager Chris Bodily in front of the New Holland T5.100 S with a 535LA loader attached. The loader fits the tractor's chassis and was built in Orange, New South Wales. The tractor has 100 horsepower and had been sold to a client at Mt Barker. Mr Bodily joined the Albany team three years ago from Wongan Hills and said he enjoyed the environment at work as well as the region. The constant workflow has kept him busy and sees the workshop bulging at the seams. Mr Hunt joined the Albany team two years ago and has taken on the smaller tractor market up to 120hp as well as linkages, slashes and sprayers. Mr Hunt services a variety of farming operations in the region, including smaller farms, hay makers and orchardists.

MCINTOSH & Son, Albany, has been in full swing lately with high demand for the New Holland T Series tractor range - large and small.

When Farm Weekly visited the site on Chesterpass Road recently two of the tractors were being prepared for delivery after being purchased by McIntosh & Son clients.

Mr Hunt said customers liked the T4-T5 models for their "reliability, value for money and how they were good on fuel".

"They are cheap to run," Mr Hunt said.

"They are user friendly and good on the used market.

"They are easy to operate, as well as to service, and the Challenger loader was made in Orange, New South Wales, which a lot of people don't know about." McIntosh & Son, Albany, branch sales consultant Michael Fethers (left) with branch service manager Chris Bodily and parts superviser David Clark in front of the new New Holland T8.350 PLMI tractor which will be delivered this month to a customer in Woodgenellup. Mr Fethers has been with the company for 10 years after farming at Calingiri. He said he moved to Albany for family and loves the outdoor life in the region especially with his involvement in the vintage enduro club.

A host of latest technology is installed as standard on the tractors and the cabs have been designed with operator comfort in mind with more accessible storage, power ports and a seat designed for working long hours. 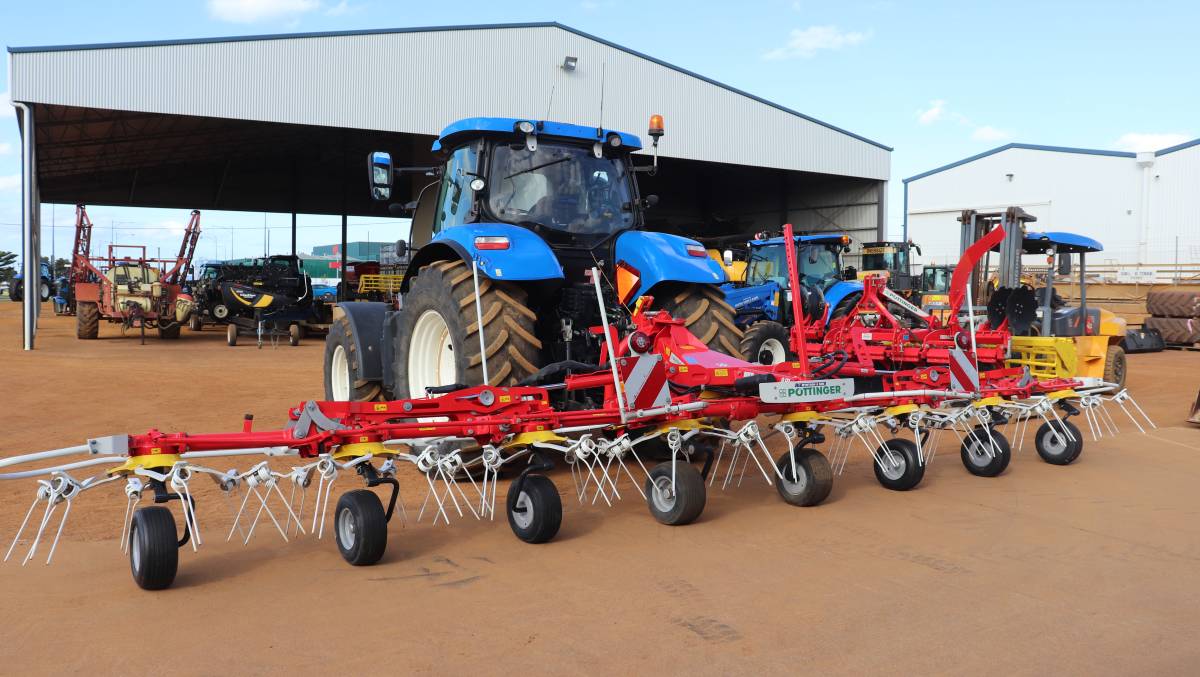 McIntosh & Son, Albany, became dealer of the Austrian-made Pottinger range about two years ago to service the large hay making industry in the region. The company has a large range of rakes, mowers and implements that work in well with the smaller New Holland tractor range for smaller farm sizes. McIntosh & Son branch sales consultant Warren Hunt said they had sold 24 Pottinger units in the past 18 months. He said the brand was good quality and was backed up well by the company with support and service.