Hayes Farm, Cookernup/Capel, will be one of the sale's largest vendors with a draft of 80 Friesian steers aged 16-18 months nominated for the Elders June store cattle sale at Boyanup this Friday, June 18, commencing at 1pm.

NEED to secure store cattle before the end of the financial year?

Time is ticking towards the end of June but an excellent opportunity to select from a large yarding of beef and dairy store cattle exists at the Elders June store cattle sale at Boyanup this Friday, June 18.

Commencing at 1pm, the Elders South West livestock team is expecting a yarding of around 1500 cattle with the line-up of liveweight beef cattle sequentially interfaced on AuctionsPlus.

Good numbers of beef steers and heifers will be available, ranging from light and mediumweight weaners through to heavier yearlings, along with the regular strong numbers of first cross and Friesian steers ranging from three month-old poddies to grown two-year-olds.

A small selection of first cross heifers and breeding cows will make up the balance of the yarding.

Elders South West livestock manager Michael Carroll said it was the final store cattle sale for this financial year and Elders had a good selection of beef cattle and dairy and dairy cross steers to select from in the one yarding. 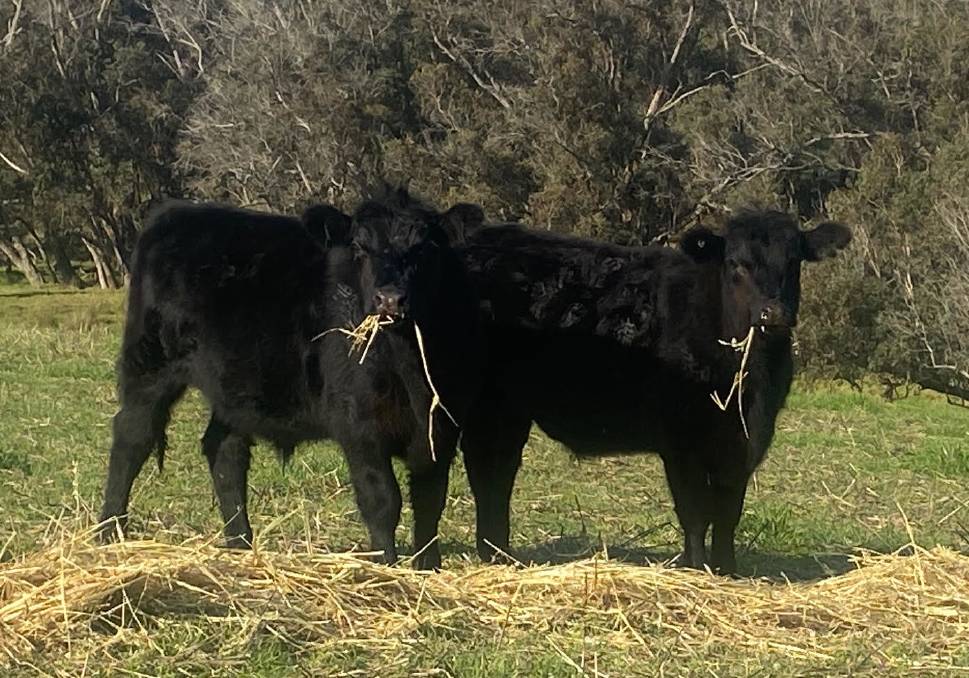 Bowie Beef, Bridgetown, will be the largest vendor in the beef section of the Elders June store cattle sale at Boyanup with 50 Angus steers and 20 Angus heifers aged 12-14 months and weighing from 300-340kg to be offered at the sale.

"With one of the best starts to the growing season for the entire South West region, this sale is an ideal opportunity to secure stores and make use of the feed currently available," Mr Carroll said.

Bowie Beef, Bridgetown, will be the largest vendor in the beef section with a draft of 50 Angus steers and 20 Angus heifers nominated for the sale.

The 12-14 month-old calves were weaned in January and received Eprenix pour-on drench, two 7in1 vaccines and B12 and selenium.

They were run on summer crop post weaning and then oat stubbles with supplement silage and hay.

The Bowie Beef calves are sired by Blackrock and Monterey Angus bulls and are estimated to weigh from 300-340kg.

Alcoa Farmlands, Pinjarra and Wagerup, return to Boyanup this month with an offering of 27 Angus steers and 41 Angus heifers. 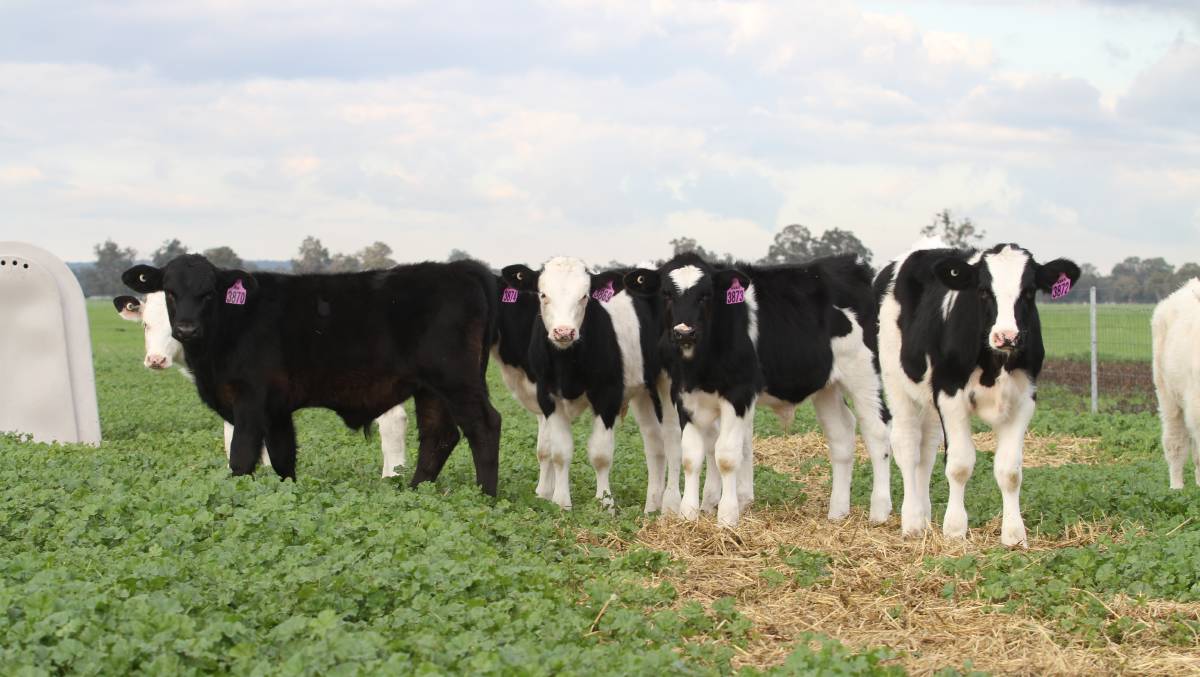 Bowie Beef, Bridgetown, will be the largest vendor in the beef section of the Elders June store cattle sale at Boyanup with 50 Angus steers and 20 Angus heifers aged 12-14 months and weighing from 300-340kg to be offered at the sale.

The calves are based predominantly on Koojan Hills Angus bloodlines, while Little Meadows and Gandy Angus bulls have been used in recent years.

The calves were yard weaned for seven days (December to February) and since weaning have been running on irrigated pastures and supplemented with hay and silage.

At weaning the calves received their second 7in1 vaccination along with Multimin, Vitamin A, D and E, Beachport Liquid Minerals Greencap plus an Ivomec drench.

Other bigger numbers in the beef section include Stirling Estate Chalets, Capel, who has nominated 30 Charolais steers and heifers aged from 12 to 14 months and are expected to weigh from 360 to 420kg.

Another quality draft of 12 Charolais infused steers has been nominated by Parumba Plains, Elgin.

The owner-bred steers are aged 12 to 14 months and are sired by Elgin Park Charolais bulls and out of a Murray Grey cow herd based on Young Guns bloodlines.

The quiet, well-bred and grown steers are estimated to weigh from 380-400kg and have received B12 and Selenium and were drenched in late May. 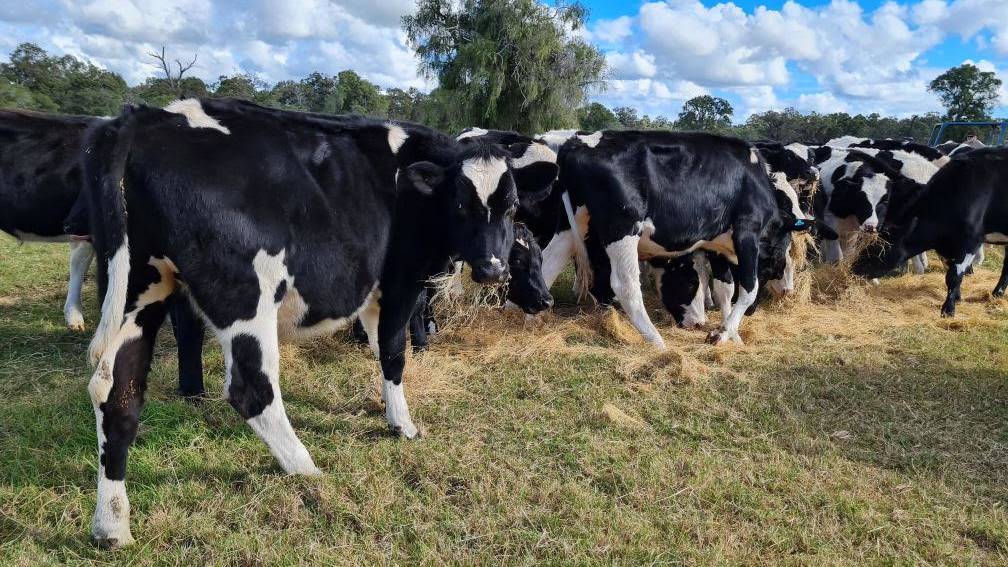 A selection of the 57 Friesian steers aged 18-20 months nominated for the sale by Nilgup Park, Busselton.

Rob Gibbings, Elders, Capel, said the annual draft of yearling cattle were in ideal condition to finish on feed or on pastures.

In the dairy section of the sale Hayes Farm, Cookernup/Capel, will be among the sale's largest vendors with a draft of 80 Friesian steers aged 16-18 months.

Mr Gibbings said the owner-bred steers were out of the operation's dairy herd and had received the full treatments.

The calves are aged three to four months and are meticulously prepared for sale through its purpose-built colostrum harvesting program.

The calves are administered vitamins A, D and E, first shots of 7in1 vaccination and Bovilis, Multimin and drenched when they are moved to their calf pens before receiving their second shots at about two months of age.

Mr Gibbings said West and Haggerty calve four times per year and present even drafts of top young calves all year round that attract plenty of pre-sale enquiry and return buyers every sale.

He said it took a big team effort from the West & Haggerty staff to ensure everything was done right all the way through to the sale of the calves.

Nilgup Park, Busselton, will offer 57 Friesian steers at the sale.

The 18-20 month old steers have had a 7in1 vaccine, B12 and cobalt, Multimin and drenched with Cattlemax Spoton in mid-February.

Alec Williams, Elders, Margaret River, said these were purchased as younger steers for pasture manipulation last spring and the well-grown steers were in store condition and suitable for graziers to run through on a grass finishing program.

The annual sales turnoff of owner-bred steers have received Marksmin and a worm drench in mid-April.

The 6-8mo owner-bred calves are part of the annual sale turn off and have received Marksmin and were drenched on June 10.

The Yates family will also have a small number of mixed sex Angus-Friesian calves in the sale of the same age.